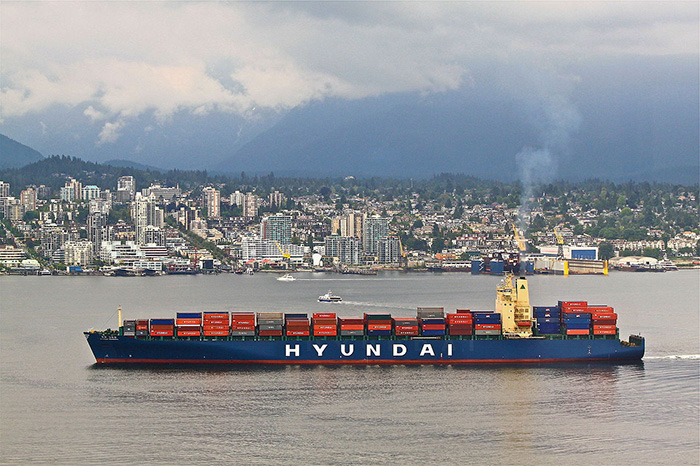 "These days the volumes in Vietnam and Cambodia have surged, especially in Cambodia. Thus, we decided to launch a direct service. Furthermore, we see the much bigger potential growth in the aforementioned regions,” HMM said.

"We go where the cargo is," said an official from Dong Jin. "China's economy is slowing while Cambodia, Vietnam, and Thailand are emerging as manufacturing centers and exports are growing." The carrier plans to deploy its new ship on its South Korea-Thailand service.

Cambodia’s ports have worked hard of late to attract investment so that they can upgrade as the country continues to grow in importance as a source of exports.

To meet this growing demand, the second phase of a $12 million expansion at the state-owned container terminal operated by Phnom Penh Autonomous Port has begun earlier than planned. PPAP seeks to double capacity of 300,000 TEUs and planning is in the works for a third phase to boost capacity another 200,00 TEUs and bring the port’s total capacity to 500,000 TEUs by 2028.

Traffic at the terminal last year amounted to 145,000 TEUs and is expected to reach 160,000 TEUs this year, more than its nominal capacity.

As China shifts into a service dominated economy, its neighbors have gained manufacturing business. Cambodia recently overtook Vietnam as the lead exporter of garments to the EU, with clothing shipments to the EU and the U.S. rising 7 percent year-over-year last year to $5.7 billion.

Hanjin Shipping has been sharing best practices with the Ministry of Oceans and Fisheries, which is working with the Export-Import Bank of Korea to form an organization dedicated to exploring overseas port development projects, a Hanjin spokesperson said.