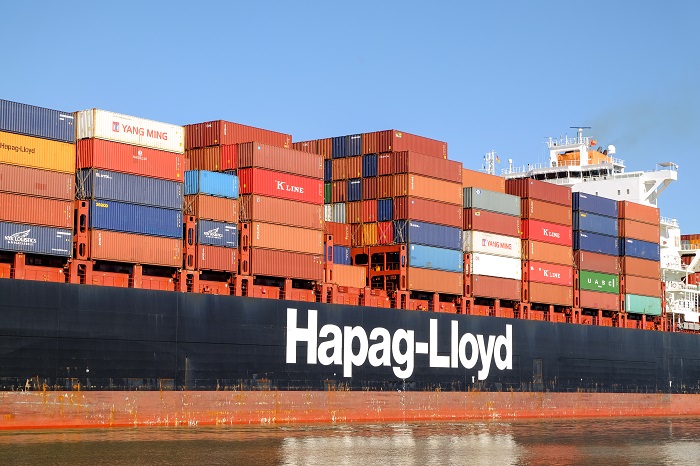 Hapag-Lloyd has warned customers that “substantial growth” in volume in the greater Stuttgart area of southern Germany was causing congestion and the carrier could reject inland haulage bookings or shift containers via alternative terminals and pass on the additional costs to shippers.

It is another example of the intermodal bottlenecks being created as container volume continues to flood into Europe, overwhelming inland transportation networks.

In an advisory to customers in late July, Hapag-Lloyd said the number of truck drivers and loading capacity for inland transport services, particularly within the greater Stuttgart area of southern Germany, were decreasing. Stuttgart is a manufacturing hub — with Mercedes Benz and Porsche having headquarters in the city.

The ocean carrier said combined with ongoing congestion at transloading hubs, this was causing significant delays in the delivery of containers for import and export by rail or truck, which could jeopardize appointed vessel closings.

“These exceptional actions might include rejection of ad hoc carrier’s haulage bookings, the need to provide the positioning date at time of booking, and/or detour the transports via alternate inland terminals that are lesser occupied,” the advisory stated.

“Furthermore, we are confronted with last minute transport cancellations by our service providers for bookings that had been confirmed at an earlier stage. This is a direct consequence of the non-foreseeable congestion situation. … additional costs arising from the circumstances mentioned above cannot be absorbed by the carrier, but will have to be levied onto the cargo.”

The Northern Range gateways of Rotterdam and Antwerp have faced persistent barge congestion for years, with the delays hampered further by the mega-ships deployed on the Asia-Europe services that can exchange up to 10,000 TEU each per port call. Both Rotterdam and Antwerp reported strong growth in throughput during the first half, with Antwerp hitting record volume during the six months.

Europe’s No. 2 port of Antwerp saw container throughput soar 8.2 percent to 5.57 million TEU in the first six months of the year compared with 2017, while the region’s busiest port of Rotterdam reported a 6.2 percent increase in first half volume to 7 million TEU. Both ports recorded record volume in May, and in the first quarter Rotterdam actually grew its market share compared with other Northern Range ports, from 30.9 percent to 31.2 percent.

But the rapid growth means Antwerp is fast approaching its maximum capacity, according to Port Authority CEO Jacques Vandermeiren.

“During the past period we have well exceeded the optimum utilization level for the terminals below the locks, which can have a negative impact on efficiency. We will therefore continue to emphasize the importance of having additional and commercially useful container capacity below the locks,” he said.

Europe’s third-busiest port, Hamburg, has not yet released its first half throughput figures but with more than a third of its volume comprising transshipment, the port is not facing as significant inland transportation bottlenecks as the Dutch and Belgian gateways. The majority of volumes are transported out of Hamburg by road and rail with barges holding a market share of just 2 percent.

But even as intermodal operators struggle to cope with the ever growing volume, they are also each battling structural problems of their own. There are hundreds of highly competitive barge owners that operate in Rotterdam and Antwerp, bouncing from terminal to terminal to pick up a couple of boxes here, a couple there, adding to the chronic bottlenecks at busy times.

Europe’s two busiest ports this year launched measures to streamline these barge services, improve call scheduling, make dedicated berths available, and share data among all parties. It is too soon to tell whether the measures will change what has been a long-standing problem, but the record container volumes crossing the busy wharves in the first half have added a greater sense of urgency to finding a solution.

“There is a huge peak and feeder demand because Rotterdam is such a big transshipment port. This puts enormous pressure on the quay with the barges being an important element in the port for inland transportation,” said Emile Hoogsteden, vice president containers, breakbulk, and logistics at the Port of Rotterdam.

Almost 80 percent of all freight in Europe is transported by road, but even as the cargo volume grows strongly, the trucking industry is facing a serious shortage of drivers, increasing toll fees, new European Commission regulations on rest times, fewer work hours and benefits, a rising fuel price, and growing green efforts to push freight from the road to the rails. Road freight prices are 20 percent higher than at the same point in 2017 and with the issues the industry is facing — especially the lack of drivers that limits truck capacity and increases wages — shippers are feeling it in their pockets.

“The tariffs are still increasing. I can’t predict the future, but I believe it will continue for the rest of the year,” said Soren Schmidt, CEO of DSV’s road division, which operates 20,000 trucks across Europe every day.

“The prices show a clear upward trend,” said Tobias Volz, director for network management at Rhenus road freight Europe. The Rhenus Group transports about 5 million consignments a year by road, most of it international traffic.

“It comes down to money, and you will have to pay more to attract drivers, so inevitably it goes into the price of transport,” said Sebastiaan Scholte, CEO of Jan De Rijk Logistics.

Stephan Peters, a member of the Rhenus board, said high growth rates in the business-to-consumer business and seasonal fluctuations were putting increasing pressure on general cargo networks in Europe.

“At present, the networks are already working at full capacity. Due to fluctuations in volumes, overflows are becoming more and more frequent. These can last for several weeks until the additional quantities have been reduced,” Peters said.

The driver shortage is so serious that trucks are sitting idle and some companies are seeking drivers from Southeast Asia. “Some carriers have trucks sitting in their yards because they don’t have drivers for them,” said Schmidt.

The fast growing container volume is also placing rail freight transport in Europe under the whip. Containers are flooding in from the gateway ports in the north and in the Mediterranean while also entering the regional rail network from China. With poor reliability, passenger services taking priority over freight, cross-border red tape, infrastructure shortcomings, and the response to regular disruption inadequate, it all diminishes the attractiveness of rail.

Rail freight’s share of the European cargo market has fallen over the last few years and currently hovers around 11 percent, with shippers preferring road that is more reliable, often cheaper, and better suited for smaller shipments requiring point-to-point transport.

On the China-Europe rail route, rising volume is leading to bottlenecks at both ends of the network and there are growing questions over its economic viability once Chinese subsidies and investment are withdrawn or cut down, as indicated by Beijing.

IHS Markit predictions are for volume on Asia-Europe to continue growing at 4 to 5 percent this year, so there will be no let up in the pressures facing terminals and the inland transportation services.