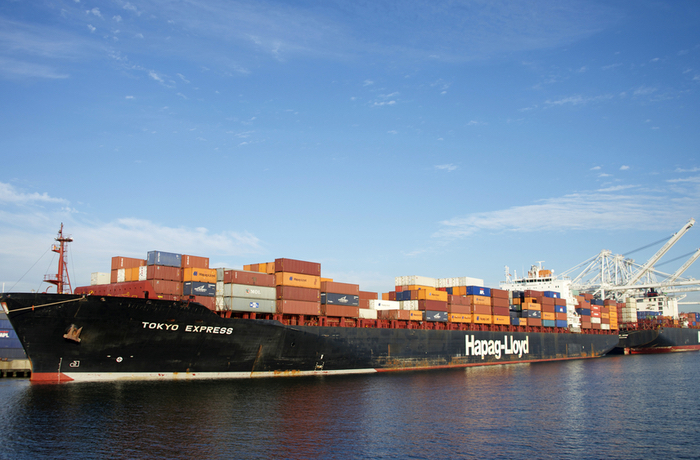 Hapag-Lloyd said it sees the technology as improving its ability to improve schedule reliability for customers. Photo credit: Shutterstock.com.

Hapag-Lloyd will use technology from the Copenhagen-based port and liner schedule optimization solutions provider Portchain to better predict disruptions to the container line’s sailing schedules, the companies said.

Portchain, founded by a trio of McKinsey alums, uses artificial intelligence (AI) to optimize planning of terminal assets and better connect the terminal operators and liner carrier through data sharing and predictive insights. The company refers to its product as decision support tools meant to complement existing systems.

“We’re using AI to optimize assets, to help planners make more informed decisions,” Thor Thorup, chief commercial officer and co-founder at Portchain, told JOC.com in mid-2018. “The question for these planners is, ‘how do I maximize my assets when there are literally millions of outcomes?’”

The company in 2018 ran a pilot in Antwerp where it approached a carrier and terminal in parallel to optimize calls. Its two product categories - port optimization for terminals and schedule optimization for container lines - are designed to work in a standalone manner, but can be linked if both parties agree.

"And by then the situation has resolved itself, but not optimally,” he said. “By combining a myriad of data sources with our machine learning algorithms, we are able to predict scheduling issues much further out in the future, enabling an increased planning horizon and increased schedule predictability.”

Hapag-Lloyd said it sees the technology as improving its ability to improve schedule reliability for customers.

“We are always looking for better and pioneering tools that enable us to improve our voyage control,” Jöern Springer, senior director, fleet support center at Hapag-Lloyd, said in a statement. “Portchain’s cloud-based solution provides powerful insights into the robustness of schedules and allows us to quickly make changes in real time.”

Thorup said in a statement that “this partnership will allow us to grow our solution with one of the most important players in the shipping industry.”

The Portchain system is not designed to replace existing terminal operating systems (TOSs) or carrier management systems, but rather work alongside them via application programming interface (API). Portchain has has received $5 million in funding, most recently raising $2.5 million from a number of former shipping executives and the founders of TrackMan, a sports data analytics company. It previously received $2.5 million in seed funding (primarily from the European Union and the Danish Maritime Fund).

Global Shipping Outlook: A Sneak Peek at 2021
Port Performance North America: Managing Cargo Flow During a Pandemic — and Beyond
END_OF_DOCUMENT_TOKEN_TO_BE_REPLACED