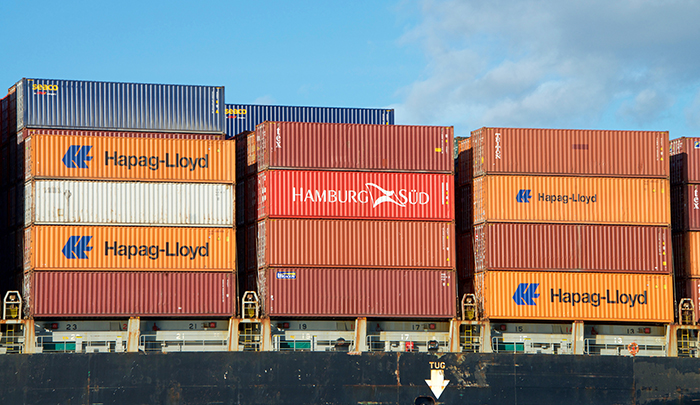 Hapag-Lloyd will begin charging a booking cancellation fee for export shipments from Singapore to India beginning on June 9, the second carrier this month to introduce a surcharge that has in the past been firmly rejected by shippers.

The German line will charge $60 per cancellation on all bookings that are canceled within three days prior to the vessel’s arrival, Hapag-Lloyd said in a customer advisory. The carrier joins CMA CGM, which on June 1 imposed its own booking cancellation fee of $150 per TEU on the North Europe-Middle East-Indian subcontinent trade.

Container lines have attempted unsuccessfully to roll out booking cancellation charges in the past in a bid to reduce the number of booked containers that do not show up for loading on the vessel. Hapag-Lloyd last year tried to levy a $40 charge for no shows with Maersk Line also “reviewing the matter,” but no charge was levied.

There is no sign yet of a booking cancellation or no-show fee being imposed across all the major carriers, but rather than levy a global surcharge to penalize late cancellations, Hapag-Lloyd and CMA CGM have taken a trade lane-specific approach. Either the Europe-Middle East-India and Singapore-India lanes have a particular no-show problem, or the carriers are testing the market's acceptance of the new fee in preparation for rolling it out across all trades.

Whether or not this portends a wider rollout, the surcharge elicited mixed reaction from shippers. The supply chain director at a large UK importer told JOC.com that although he did not use either Hapag-Lloyd or CMA CGM, the issue of a booking cancellation fee had him sitting on the fence.

“If this process discourages other customers with a high level of cancellations from booking ‘potential’ containers in the future and leaves more space open on vessels for legitimate bookings, then that’s good for us,” he said. “However, conversely we are always against carriers applying new charges so we wouldn’t welcome being charged this ourselves.”

Another beneficial cargo owner (BCO) agreed “wholeheartedly” with a booking cancellation fee being levied by the carriers. “Make the vendors behave,” was his response. More accurate forecasting would allow BCOs and the carriers to better manage the process.

A third shipper contacted by JOC.com was less understanding. “If carriers were to impose these fees, then we would need an equal compensation claim for carrier failure,” he said.

Hapag-Lloyd CEO Rolf Habben Jansen said for every four bookings made, only three containers showed up for loading, which caused huge problems. Robbert Van Trooijen, Maersk Line’s Asia Pacific CEO, said cancellations could reach as high as 30 percent in Asia and was “one of the key issues impacting our ability to deliver a reliable product to our customers.”

Carriers have tried imposing penalties for container no-shows, but none have stuck, mainly because they are basically unenforceable. This encourages shippers to be careless with forecasting and causes carriers to overbook their vessels in anticipation of a quarter of the booked boxes not arriving. The result is rolled cargo and disruption to shipper supply chains.

In an industry-wide move to bring more certainty and accountability to the market, the New York Shipping Exchange, or NYSHEX, will this month launch its online cargo booking platform. The portal will enable shippers, carriers, and forwarders to buy and sell slot capacity in an online environment. Any slots transacted over the exchange must be fulfilled, with penalties imposed for non-delivery on both sides. The company will initially focus on the trans-Pacific trade and by the year’s end will move on to address the Asia-Europe market.

“By mid-year we will be fully operational within the trans-Pacific trade and by end of year we intend to be working collaboratively with our members to expand into the Asia-Europe trade,” he said.