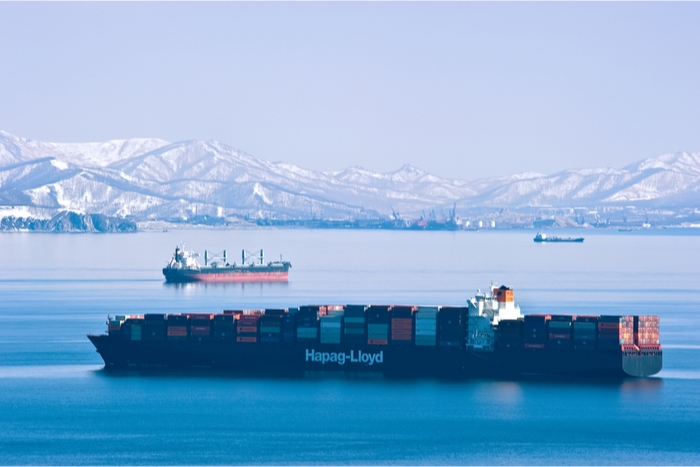 Hamburg-based Hapag-Lloyd has continued to improve its financial position, delivering a strong 2019 result in a weakening market. Photo credit: Hapag-Lloyd.

Hapag-Lloyd’s further improved its profitability last year despite a difficult fourth quarter, as the carrier increased its average freight rates and grew volume in 2019. That drove up revenue 9 percent and delivered an 80 percent increase in operating profit.

“The main drivers of the positive business developments have been improved freight rates as well as rigorous cost and revenue management,” Hapag-Lloyd said in its earnings statement. A stronger US dollar against the Euro and slightly lower bunker costs also contributed to the revenue growth.

While the full year provided a good result for Hapag-Lloyd, volume growth decelerated in the fourth quarter. Data from Container Trades Statistics (CTS) shows volume growth slowing from mid-year and then decreasing through the peak season all the way to the end of December. Spot rate levels, recorded by the Shanghai Shipping Exchange and tracked at the JOC Shipping & Logistics Pricing Hub, weakened through much of that period before beginning to rise in December ahead of an early Chinese New Year.

The slowing fourth quarter demand and its impact on rates was reflected in Hapag-Lloyd’s results. The carrier saw its average rate falling in the last three months of 2019 by $22 per TEU year over year, and volume increased by just 54,000 TEU compared with the last quarter of 2018.

While other Europe based carriers Maersk and CMA CGM are taking a more integrated approach to their business, Hapag-Lloyd believes the path to sustainable profitability lies in improving service reliability for customers and enabling technology that can plug into shipper transport management systems.

It is a strategy that investors appear to like, with the Hapag-Lloyd share price on the Frankfurt Exchange up almost 70 percent compared with a year ago. This is in stark contrast to the stock price of the carrier’s northern rival Maersk Line. Maersk stock has had a volatile ride in the past year; at midday Wednesday, its share price was 7 percent lower than at the same point 12 months ago.

Maersk Line will release its fourth quarter and full 2019 results Thursday that will reveal how its pursuit of profitability and an integrated service offering is progressing. The carrier’s ability to ride a weakening market and still grow profitability was seen in its third quarter results, where Maersk still managed to grow volume and shrug off a drop in average rates.