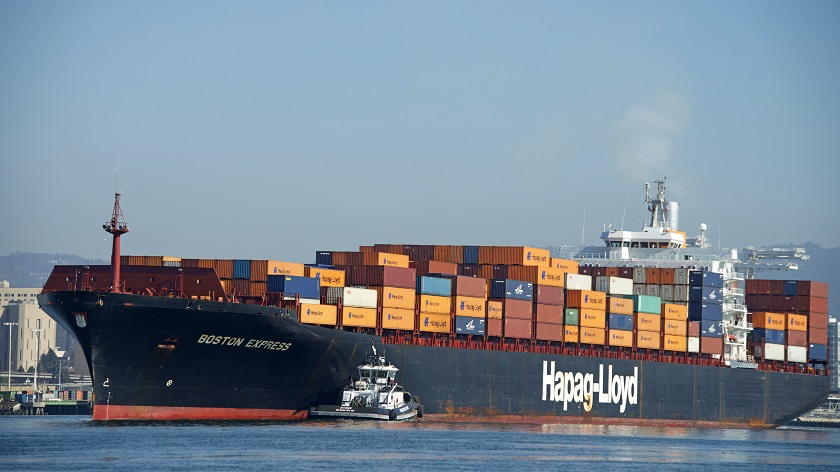 Like the US airline industry earlier, the global container shipping industry has reached a point where cost cutting and mergers will yield little if any additional value. This is the view of a longtime carrier executive, who argues creating value for customers will characterize the current era, with customer service the first visible change area. Photo credit: Shutterstock.com.

Having spent the last decade cutting costs to a degree that often disadvantages customers, container carriers have reached a point where they can’t slash costs more; even mergers will yield little if any additional value. Thus, carriers have no choice but to begin looking at ways of escaping the vicious cycle of commoditization and finding ways to create value for customers.

This is the view of longtime Hapag-Lloyd executive Wolfgang Freese, the Maritime Hall of Fame inductee who retired this spring as president of the carrier’s North America region.

“The carriers’ ‘race to scale’ over the past 10 years, where we tried to drive down costs, and we have passed along those cost reductions to customers, has now run its course,” he told JOC.com. “The past was all about reducing unit costs, which overrode all other considerations including service quality. What was not seen, because there was no money available to spend, was investments in improving service quality including improvements in customer service.

“The priorities have to change and will change,” he said. “I believe that the future will be about providing more reliability, consistent and more differentiated.”

After a historic wave of consolidation over the past two years that took out several major brands, a new emboldened carrier industry will emerge. It stands to reason that something fundamental must change in an industry vital to global trade that generates more than $200 billion a year in revenue, yet achieved an average return on invested capital of just 2.6 percent from 1995 to 2016, according to a recent report on the future of container shipping by consultant McKinsey and cargo insurer TT Club.

The report outlined four scenarios possible by 2043: the industry gets disrupted by new players able to effectively leverage digital; the industry leverages digitization to reinvent itself; a third wave of globalization in the developed world creates a new source of growth; and finally a “peak container” phenomenon occurs where global trade enters a long-term period of decline due to near-shoring, 3D printing, geopolitical tensions, and trade wars that lead to further consolidation among carriers.

Fundamental change taking the industry in any of those directions has yet to occur — the recent imposition of emergency bunker surcharges shows how little by way of partnership exists between carriers and customers — but that is not to say change isn’t coming. Maersk’s attempted reinvention of its business as an integrated carrier in the ocean container space, the CMA CGM purchase of a stake in CEVA Logistics, and other moves suggest carriers are looking beyond their current business models.

Freese: customer service will be the first visible major-change area

Freese believes customer service will be where major change will first start to be visible. “Something new is coming. The focus going forward will increasingly be [transitioning] from cost-cutting measures toward creating value for customers, in terms of how carriers can share in the value that is created. Carrier service will improve, as will schedule reliability, and customer service levels.”

Perhaps hinting at where Hapag-Lloyd may be headed, Freese sees carriers able to do a much better job at what should be the simple task of setting clear customer expectations and delivering against them.

“Carriers currently effectively sell on a ‘best effort’ promise, without being transparent or clear about service levels that customers can expect. When you promise the blue of the sky, customers could rightfully expect as much as possible because of lack of clarity having created expectation levels that carriers were never able to meet,” he said.

In his view, “Cargo owners want more reliability on on-time delivery, more consistency, and they need clarity about what they are getting and what they are paying for. For example, a customer buys a certain service and asks for fast transit times and on-time delivery on intermodal. The carrier says, ‘Yes, we meet the requirements,’ [then] they go into the details, looking at port considerations and the current trucker challenge.

“You need to be much more precise. You should tell the customer that different ports have different dwell times. It gets down to the details; by going into the details, you don’t disappoint your customer because you have discussed it in detail. It has not created an expectation level that you can never fulfill.”

One school of thought is that carriers will have to demonstrate they can create value for customers as a first step to eventually being compensated for the value they create. That is a key point, suggesting that carriers will have to invest significantly in business reinvention on the premise that they can finally — after decades — break the cycle of arm’s length, price-based relationships.

“The carriers are investing in ships, terminals, and technology so that they can deliver more integrated services. When this happens, the discussions with [beneficial cargo owners] will move from price to value,” said Bob Sappio, former longtime APL executive who is now CEO of SeaCube Container Leasing.

Permalink Submitted by ferrullig@minds... on Jul 1, 2018 1:09PM EDT
Key phrase is "eventually being compensated" - really? When? The carriers have conditioned cargo interests into thinking that there is a never ending downward trend in rates - read the Alphaliner report on rates, adjusted for inflation, have fallen 50% over the last 20 years. Look at the shipper reaction to a $50.-$65. fuel surcharge - no justification, no transparency, wrong formula - on and on and on. The cargo interests are getting what they pay for, mediocre to poor service, aided by a ocean carrier management that continues to give them lower and lower rates chasing volume and market share and giving away costly services like the terminal activities, through all inclusive rates. The US export rates, absent a very few exceptions, pay all-in rates that don't cover the terminal costs. Until the carrier management decides that making money is a priority, not a lot of progress on enhancing customer services will be made - can be made. You don't invest Billions to make under 3% rate of return, and have to invest more to upgrade services. Anyone listening?

Great speech for the

Permalink Submitted by usmma73@gmail.com on Jul 3, 2018 11:15AM EDT
Great speech for the conference attendees. Mr. Freese espouses the need for improving service to BCO's by shipping lines. However, his presentation points out all the reasons why shipping lines have become commoditized. For the most part, it all comes back to who is going to pay for it. He cites the low earnings for shipping lines over the last decade and then talks about the lines figuring out how to add value for BCO's. Bob Sappio, an accomplished commercial executive from APL days echoes the sentiments. They both worked for shipping lines that went out of business or are struggling. CMA bought APL for a song, and H/L just announced re-stated (downward) their earnings forecast for 2018 after buying two shipping lines. All this rhetoric about looking for a better service package for BCO's is wonderful. Maersk has started this dialogue, as well. The facts are that the BCO's do not care if shipping lines are profitable, and will not pay one penny more than they have to for service levels they believe they should receive at rock bottom prices. They are pushing back on additional fuel surcharges mostly because they want to see the details and don't bother to understand the economics. I wonder what they would say if the shipping lines countered by asking the BCO's to show them the details of their manufacturing costs to produce a pair of tennis shoes in the ways they want to see the details of the shipping line financials. I think we know their responses would be filled with a lot of four-letter words telling us to do things that are physically impossible. I do believe the shipping lines can and must change their dialogue with the BCO's. However, these guys making these flowery PC speeches that are designed to ingratiate them with conference attendees fail to point out that someone has to pay for all of the necessary steps to add value to the supply chain. As Freese points out, most of the cost reductions that shipping lines have taken were passed along to the shippers long ago. The shipping lines are not making any money to speak of, and what profits they are appreciating now are helping them to play catch-up. Apart from that, several have gone out of business and more are sure to follow. I hate to see such poor service levels in an industry that historically did a fairly good job of delivering cargo, and in which many of us prided ourselves with the performance we gave. However, without a clear understanding between shipping lines and BCO's that things like on-time vessel performance may seem basic, but still cost money to deliver, we are not going to see much better service delivery. I will add to your last question. Is anyone paying attention to the facts?

Permalink Submitted by ferrullig@minds... on Jul 3, 2018 11:32AM EDT
USMMA73, glad to see I'm not only one who looks at this situation in disbelief. My theory is carrier management is truly focused on volume, filling ships and market share, using low prices as the attraction . Lowering costs was a necessity to try and stay afloat, and that doesn't work, ask Hanjin, NOL/APL, UASC, etc in recent years and 50 others in the last 40 years. Is anyone, besides you and me, listening? And shippers have been conditioned to ever lower rates, the loss of schedule integrity, loss of good customer service. Some don't like it and want better, but who will pay for it is the right question. Shippers believe that the carriers will, regardless of their financial position. Enjoy the rest of the summer.

How to Improve OTIF: 15 Tips for On Time and In Full Delivery
END_OF_DOCUMENT_TOKEN_TO_BE_REPLACED