US protection extended to NVOCCs hit by Hanjin collapse

US protection extended to NVOCCs hit by Hanjin collapse 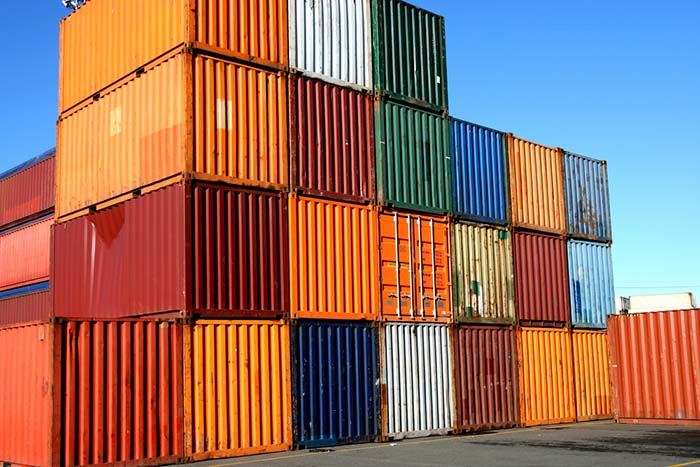 Eight different non-vessel-operating common carriers had asked a judge for clarification on an earlier ruling.

NEWARK, New Jersey — A federal bankruptcy judge on Friday agreed that non-vessel-operating common carriers should be covered by part of a protective order granted two weeks ago that was intended to help smooth the release of tens of thousands of containers trapped on Hanjin Shipping vessels and terminals around the globe.

But the judge refused to grant the NVOCC’s request that train, trucking and other third-party companies publish the rates they charged Hanjin, to help prevent NVOCCs and others being overcharged as they arranged transportation after the South Korean container line's collapse.

The ruling by Judge John K. Sherwood, in US District Bankruptcy Court in Newark, placed NVOCCs alongside beneficial cargo owners under the jurisdiction of a framework, or protocol, designed to make it easier for shippers to obtain the release of cargo shipped by Hanjin but locked up on its ships, terminals or elsewhere, in the wake of the carrier’s bankruptcy filing in South Korea on Aug. 31. Hanjin containers have bene unable to move because the company doesn’t have the funds to pay for them to be delivered as agreed.

One particular part of the protocol considered beneficial by the NVOCCs was a section stating that if a BCO — and now an NVOCC — paid a third party extra to secure the release of a container, effectively compensation to make up for Hanjin’s failure to pay, a similar amount could be offset, or deducted from the amount owed by the BCO to Hanjin in shipping costs.

The judge ruled after a hearing at which Hanjin faced a series of concerns that BCOs were facing excessive costs from container storage issues, and for moving goods to final destinations after Hanjin failed to fulfill agreed shipments.

The complaints prompted Ilana Volkov, an attorney for Hanjin, to note that the company was still owed millions of dollars by customers have recieved their goods.

“We are not the only bad guys here,” she said.

Hanjin has filed for Chapter 15 status under US bankruptcy law. If accepted, the court would recognize the South Korean bankruptcy, and would allow Hanjin attorneys to take certain measures in the United States to move the bankruptcy forward.

The judge on Sept. 6 granted the carrier protection from having its ship seized by creditors, and began a process that resulted three days later in approval of the protocol, which he and creditor attorneys said would speed the flow of Hanjin containers to shippers. NVOCCs felt that the agreement did not include them, however, and asked the judge to change it.

Yet Sherwood denied another part of the NVOCCs request members of the supply chain publish their haulage rates.

The NVOCCs argued that without such rate disclosures they would be vulnerable to third parties taking advantage of the crisis and overcharging — or “gouging” as more than one attorney referred to it in court.

Sherwood said he was sympathetic to the argument, but was not ready to back it yet.

“I have heard complaints about price gouging and profiteering by people in the supply chain,” Sherwood said. He added that it is acceptable for a freight mover to charge the BCO more than it had charged Hanjin for the same trip, because it may involve additional work or the circumstances may have changed. For example, a rail company may have had available space when Hanjin booked the trip, but had little several weeks later when the BCO sought to book space for a similar move.

“But I do have a problem with warehouses and transportation providers that use their leverage against BCOs to solve all of their Hanjin-related problems,” and inflate rates, he said.

The concern was one of many voiced the hearing by attorneys representing BCOs, railroad companies, terminals and other parties, some of which were frustrated that the flow of goods and payments by Hanjin remains slow and troubled.

Sherwood at one point expressed surprise that Hanjin did not offer customers a discount on goods that it delivered late, and to a different destination than the one agreed in the contract.

Attorneys for Hanjin, however, said the carrier in some cases gave a deduction, and the customer also had the option to file a claim in the bankruptcy court.

An attorney for HP expressed concern that Hanjin, shortly after its bankruptcy filing, had ended contracts it had for leased containers and disowned responsibility for the containers, leaving the leasing companies and BCOs to come up with a way to get the goods to their destination and the containers back to the company. BCOs are finding they have to pay twice or three times what they should do for their cargo, because they have to pay container storage, detention or shipping charges, said Robert Feinstein, a New York attorney for HP.

“This is troubling,” he said, expressing concern that “Hanjin would take the position they no longer have any responsibility.”

An attorney for Ashley Furniture said that although Hanjin has said it won’t charge BCOs for delivering containers late, his company is still paying $6,000 to $7,000 a day in charges, because the chassis company demands $27.50 a day in late charge on the chassis.