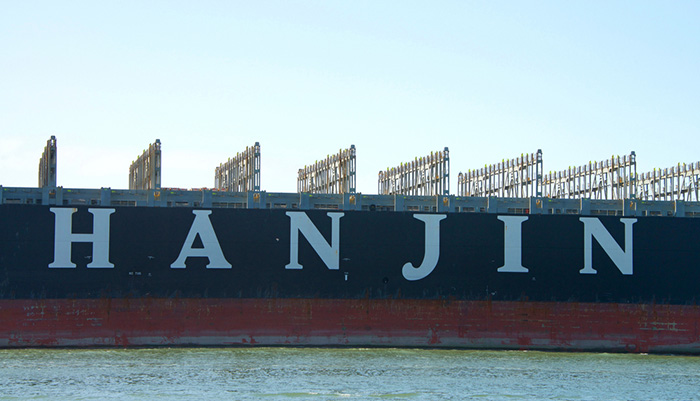 NEWARK, New Jersey — A federal judge has agreed to hear on Friday the arguments of several chassis, container, and fuel providers demanding Hanjin Shipping reply more quickly to their “urgent” requests for information on where the container line’s ships are, and the location of chassis and containers the ocean carrier leased from the creditors.

Judge Kevin Sherwood, sitting in US District Court in Newark, said Tuesday that he will hear arguments on whether to force the liner, which is in bankruptcy protection in a South Korean court, to move up the Oct. 13 deadline by which Hanjin has to produce the information.

Included in the information requests are details on when Hanjin Shipping vessels will go off charter, including the Seaspan Efficiency, which on court filings said received fuel worth $837,338 from OceanConnect Marine. Based on press reports, the fuel provider fears that the ship will scrapped in India or Bangladesh once the ship goes off charter, “destroying” OceanConnect’s maritime lien for the amount owed, court papers say. The ship has been stranded and awaiting to call the port of Savannah for weeks.

Sherwood also has agreed to hear claims by Ashley Furniture that the court should freeze money paid to Hanjin Shipping that is equal to the amount that the furniture company incurred in damages as a result of Hanjin’s failure to fulfill contractual obligations.

The furniture company also wants the court to allow it to set up an escrow account, into which it can pay money owed to Hanjin so that it can be used as a “setoff” against the damages. Ashley Furniture says in court papers that it has so far incurred damages totaling $966,161.50, and it asks the court to allow it to set aside $986.41 in an escrow account for each box delivered in the future by Hanjin.

Sherwood initially granted that protection on Sept. 6, preventing creditors from seizing Hanjin ships in US territory. He also began a process that resulted three days later in approval of a protocol, or set of guidelines, designed to make it easier for the company and its customers to reach a deal that would enable the release of containers held on Hanjin vessels or terminals. Since then, Sherwood has heard a variety of arguments from dozens of beneficial cargo owners, terminal operators, and container and chassis companies. Most have been seeking payment or trying to get their goods or equipment from the carrier.

On Tuesday, Sherwood formally placed in the court docket a ruling made from the bench on Sept. 23 that the protocol would also cover non-vessel operating common carriers, and that Hanjin would not charge detention fees on containers and chassis that were returned late.

The companies said they served Hanjin Shipping with a subpoena requiring the deposition of company officials and the provision of certain documents on Oct. 13, court papers say. The creditors then sought to move that deadline earlier, asking the ocean carrier to respond by Wednesday. As of Sept. 30, the carrier had not responded, according to the filings.

“The longer the time that passes, the more likely that the containers and chassis will be stolen or have storage or other claims raised against them,” the filings stated.

Ashley Furniture, in papers filed Friday asking for Sherwood to rule on its claims, says it suffered damages owing to Hanjin’s “unilateral modification” of contracts to deliver boxes. Although Ashley Furniture contracted Hanjin to deliver goods to a distribution center or a customer’s location, and then return the container, the carrier now wants to deliver the goods only to a port, the BCO said in court papers.

As a result, it has had to pay the cost of transporting the goods to the final destination, recovering containers stranded at foreign ports and of storing containers and chassis, often because Hanjin Shipping “refuses” to accept their return, the papers say.

“Because the debtor is unwilling or unable to fully perform on the Service Contract going forward, the court must fashion relief to protect Ashley’s rights,” Ashley Furniture said.