Some Hanjin boxes find a home in Southern California

Some Hanjin boxes find a home in Southern California 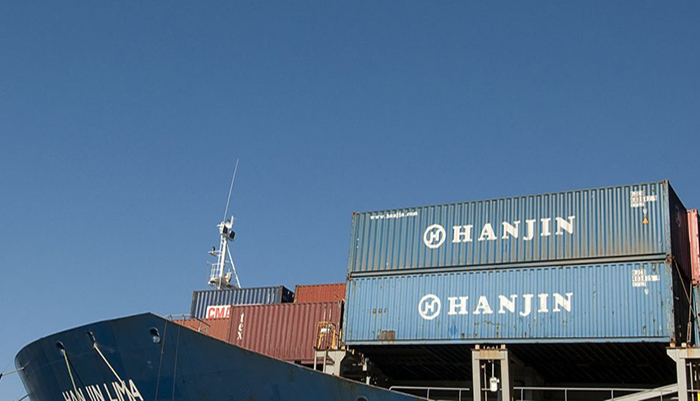 Some of the thousands of orphaned Hanjin Shipping containers may be able to call a warehouse about 50 miles from the largest US port complex home.

With chassis shortages in Los Angeles-Long Beach reaching a crisis level, a Southern California warehouseman is ready to accept and store empty and leased Hanjin Shipping containers, thereby freeing up thousands of chassis that will be able to re-enter service at the peak of the peak-shipping season.

Jonathan Rosenthal, chairman of Saybrook Logistics Acquisitions, said he is prepared to begin accepting empty Hanjin containers as soon as Friday at his 100-acre facility in Ontario, California, about 50 miles from the largest US port complex.

When Hanjin on Aug. 31 filed for bankruptcy protection in South Korea, a chain of events unfolded across the United States, with many of its ships being held up because terminal operators refused to work the vessels unless someone paid upfront for the terminal-handling charges. Hanjin on Sept. 6 received protection from the US Bankruptcy Court in Newark, New Jersey. Meanwhile, some beneficial cargo owners agreed to pay the terminals for discharging laden import containers and delivering them to truckers calling at their facilities.

Thousands of Hanjin containers flooded through ports on both coasts, with Los Angeles-Long Beach shouldering the largest load. The laden containers were trucked to BCO facilities where the contents were removed, but the BCOs and truckers had nowhere to return the empty containers because no one, including the terminal operators at the ports, would accept them. Thousands of empty Hanjin containers are now sitting idle on chassis at BCO warehouses, city streets, and elsewhere.

Rosenthal estimates there are about 20,000 Hanjin containers in Southern California, and about 40 percent of those are leased. Saybrook will accept only the leased containers because those are the ones that Saybrook will have a reasonable chance of being paid to handle and store.

The Saybrook site has top handlers and forklifts. BCOs that want to relieve themselves of the empty containers should contact a trucker to dray the boxes to Ontario. Saybrook will sign an equipment interchange agreement, remove the empty container from the chassis, and store it at the facility. Rosenthal said the storage fee is about $15 a day.

TTSI, a Southern California trucking company, is willing to dray the empty containers to the Saybrook facility, if it is paid for its services. Vic LaRosa, CEO, said the logical parties to pay for the truck move are either the BCO or the chassis-leasing companies.

However, some of the containers were moved under a store-door pricing arrangement in which the BCO paid Hanjin a single fee that covered ocean carriage as well as delivery of the laden import container to its warehouse. In those instances, some BCOs may resist paying again, this time to the trucker, to have the empty container drayed to Ontario. “It’s very complex,” LaRosa said.

Saybrook can accept about 15,000 Hanjin containers at its facility, Rosenthal said. This is expected to make a noticeable dent in the number of Hanjin containers as well as chassis sitting idle throughout Southern California. However, 60 percent of the approximately 20,000 empty containers in the region are owned by Hanjin, and finding a facility willing to accept those containers unless they can be assured of payment for their services could be problematic, he said.