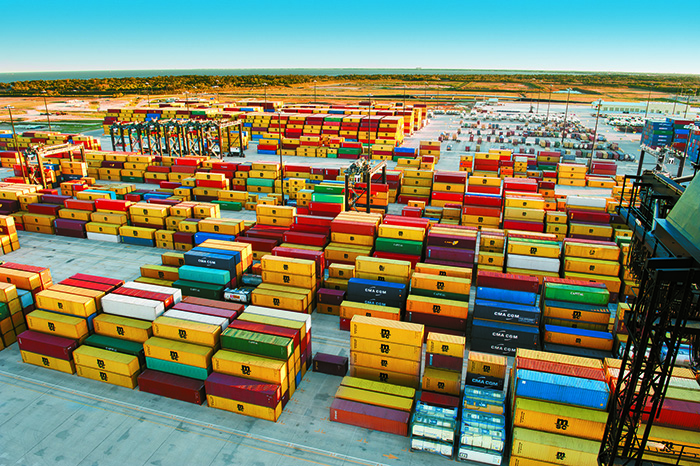 The Port of Houston, pictured, is reluctant to handle Hanjin Shipping containers for fear they will not be reimbursed for services rendered.

The Port of Houston Authority has halted the movement of Hanjin Shipping containers through its terminal gates, saying it was no longer receiving payments from the South Korean carrier.

The port authority sent a notice to customers Friday advising that it was not accepting Hanjin containers to be trucked into its Bayport or Barbours Cut terminals or allowing boxes already in the terminals to exit the gates.

At Houston, Hanjin shares space with China Cosco Shipping Lines on an all-water service via the Panama Canal. Cosco boxes were continuing to move through terminal gates. It was not clear how many Hanjin boxes were affected.

Port spokesperson Lisa Ashley confirmed that movement of Hanjin containers through the Bayport and Barbours Cut terminals was still halted Monday pending action on payments to the port authority. “We are still in discussions with Hanjin,” Ashley said. She said no additional details were available.

Bayport and Barbours Cut are operated by the Port of Houston Authority. They handle two-thirds of US Gulf ports’ container traffic.

A forwarder told JOC.com that a trucker dispatched Monday morning to pick up a Hanjin box was turned away. A major shipper said Houston apparently was the only major US port where Hanjin boxes were not being allowed to move through terminal gates.

The Houston glitch was among the latest faced by shippers trying to deliver or retrieve containers caught up in Hanjin’s collapse. Ports, terminals, and other supply chain partners worldwide have been trying to avoid being stuck with unpaid bills for Hanjin containers and chassis.

The Hanjin Group and its previous and current chairpersons have pledged $100 billion South Korean won ($89.5 million) to help pay terminal handling charges, bunker fuel, and pilotage in order to help break the logjam that has prevented many of the carrier’s ships from calling at ports.

A federal bankruptcy judge in Newark, New Jersey, extended a temporary order protecting Hanjin ships from seizure in at least four US ports. The judge said he would convene attorneys Monday to finalize a process allowing cargo owners to negotiate an agreement with terminals to pay costs to secure Hanjin’s approval for the release of cargo stranded on vessels and in terminals.