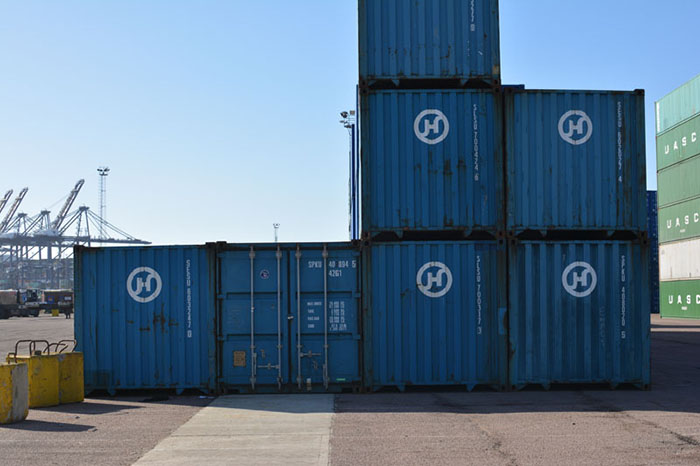 The costs and liability for Hanjin Shipping containers have been some of the biggest concerns for members of the supply chain since the world's seventh-largest container line went bankrupt.

NEWARK, New Jersey — Hanjin Shipping told a US District Bankruptcy Court Friday that it would not charge shippers for late return of containers, after a trade association representing the intermodal freight industry asked the court to prohibit such charges.

The Intermodal Association of North America in a court filing that banning the container line from levying “per diem” charges would bring certainty to businesses in a turbulent environment, and “bring welcome clarity to the marketplace,” allowing businesses to make “sound business decisions.”

But Ilana Volkov, an attorney for Hanjin, told Judge John K. Sherwood that the company would not be pursuing that policy.

“Normally speaking, if they do not return a container they get charged a detention charge,” she said. “Hanjin is not charging detention.”

Per-diem detention charges are governed by the Uniform Intermodal Interchange and Facilities Access Agreement, which IANA administers. The agreement, to which Hanjin is a party, sets out the terms under which intermodal equipment is used by shippers, trucking companies, and others.

IANA said it filed the papers in part to make the court aware of the agreement and also to head off its use in the Hanjin case.

“Our hope is to get ahead of assessments of per-diem charges and to avoid the confusion and subsequent arbitration claims that were filed last year based on the disruptions that occurred on the West Coast,” the organization said in a statement.

The association said the Hanjin disputes could have an “exponentially larger effect” on the dispute resolution process than did the West Coast port disruptions accompanying longshore contract negotiations in late 2014 and early 2015.

Hanjin filed for bankruptcy protection in a Korean court on Aug. 31. The filing produced confusion as truckers and cargo interests tried to return Hanjin containers and their accompanying chassis to off-hire locations specified in contracts. Many terminals or depots refused to accept the boxes, fearing they wouldn’t be paid.

The ocean carrier has asked the US court to accept the South Korean bankruptcy filing as a Chapter 15 case, which would allow attorneys for the container line to take bankruptcy-related actions rsuch as pursuing money owed to the company in the United States.

The court has not yet accepted the application, but on Sept. 6 granted the liner temporary protection that prevents debtors from seizing ships as a means to ensure Hanjin settles its debts.

IANA told the court that under the uniform intermodal agreement, “Hanjin has an obligation to accept the return of containers and chassis used as part of its business.

“However, vast numbers of containers and chassis are presently not being accepted, and Hanjin has not notified motor carriers of any alternative return locations,” the association said.

As a result, “at present, great uncertainty exists in the intermodal market” as to whether Hanjin will try to collect per-diem payments on the “thousands of units of intermodal equipment that cannot be returned or picked up,” the court papers said.

Joni Casey, president and CEO of IANA, welcomed Hanjin’s statement that it would not charge detention, saying “today’s actions will alleviate the need for unnecessary arbitrations on this issue in the future.”

Per-diem charges were a major source of contention between terminal operators and truckers in late 2014 to mid-2015 when West Coast ports sustained severe congestion during the coastwide contract negotiations between the International Longshore and Warehouse Union and the Pacific Maritime Association.

Charge Shippers, is this a