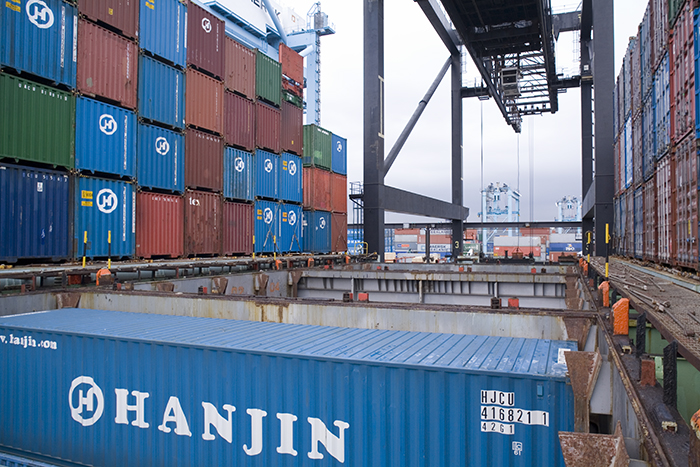 The board of Korean Air Lines has approved spending by the Hanjin Group of 60 billion South Korean won ($54 million) as part of a larger 100 billion won package to help deliver Hanjin Shipping cargo stuck on ships and in ports around the world.

However, much remains uncertain about the deal given KAL’s demand that it receive some collateral from Hanjin Shipping’s 54 percent stake in Total Terminals International at the Port of Long Beach before releasing the funds. The Hanjin Group plans to shift the container line’s stake in the terminal to in-house third-party logistics provider Hanjin Transportation, but the KAL board twice earlier failed to approve the deal sooner because of uncertainties surrounding breach of trust and other legal matters related to the plans for TTI.

Hanjin Group chairman Cho Yang-ho will contribute 40 billion won by Tuesday to round out the 100 billion.

The funding would go toward rescuing the estimated 530,000 containers caught up in Hanjin’s network, and another $9 million from former Hanjin Shipping chair Choi Eun-young will bolster the aforementioned funds.

"Chairwoman Choi has decided on an unconditional and personal contribution of 10 billion South Korean won to resolve the logistical and economic damage resulting from Hanjin Shipping's descent into receivership, which was unexpected," a statement from a holding group Choi leads read.

More than half of Hanjin’s fleet has been thrown off course because of the company’s sudden plunge into bankruptcy. Ships have either been arrested or anchored offshore to avoid arrest, and the vessels of South Korea’s largest shipping line have also been denied entry to ports around the world.

The threat of arrest has dissipated in some jurisdictions, with the United States and United Kingdom granting bankruptcy protection to the company. As a result, the Hanjin Greece, which was stuck at anchorage, was able to call the Port of Long Beach so longshoremen could work the ship. Hanjin said it has enough money to pay for the unloading of three other ships waiting off the US West Coast. Plans for two ships that are waiting off the US East Coast near Savannah and New York-New Jersey remain unclear.

The proceedings in the United States revealed that companies including Samsung and HP have hundreds of Hanjin containers stuffed with their goods in circulation. It is estimated that the total value of cargo disrupted by the Hanjin collapse is around $14 billion.

Shippers are now working with ports, container terminals, and others in the supply chain to free their cargo.

The exit of Hanjin from global trade has also created a capacity gap that liners such as Maersk Line and Hyundai Merchant Marine are rushing to fill, particularly on the trans-Pacific, where rates held steady after a large jump in the days immediately following Hanjin’s bankruptcy.

Canada Trade and Shipping Outlook
TPM22: What We Learned — Container Shipping in the Crosshairs
Managing E-Commerce From Order to Delivery and Beyond
END_OF_DOCUMENT_TOKEN_TO_BE_REPLACED