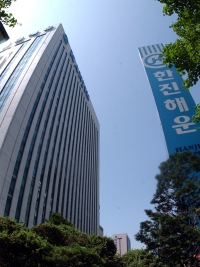 Hanjin Shipping President and CEO Young Min Kim, saying he was taking responsibility for the company's continuing losses and delays in obtaining financial support from major creditor banks, announced his resignation on Monday.

YM Kim, president and CEO since January 2009, will remain with the company until a successor is appointed, the company said.

Hanjin’s net loss increased in the second quarter of 2013 to 80.4 billion won (about $72.3 million) from 1.2 billion won in the same quarter of 2012 and a loss of 34.8 billion won in the first quarter of this year. In August, shipping analyst Drewry said the company and fellow Korean line Hyundai Merchant Marine have severely strained their balance sheets. “Korean container shipping companies have their backs against the wall with mounting debt and piling losses,” said Rahul Kapoor, senior analyst at Drewry Maritime Equity Research.

As part of its cost-cutting moves, Hanjin has announced plans to stop calling at the Port of Portland, Ore., which it has served for nearly two decades.

The company recently announced that it will be receiving a loan of 150 billion won (about $141.4 million) from Korean Air, a major shareholder of Hanjin Shipping Holdings.

YM Kim joined the Hanjin Group in 2001 as CEO of Total Terminals International, Hanjin Shipping's terminal operator in the U.S. He was appointed chief operating officer of Hanjin Shipping in 2004. Before joining Hanjin, his career included about two decades with Citibank in locations in Asia as well as in New York.