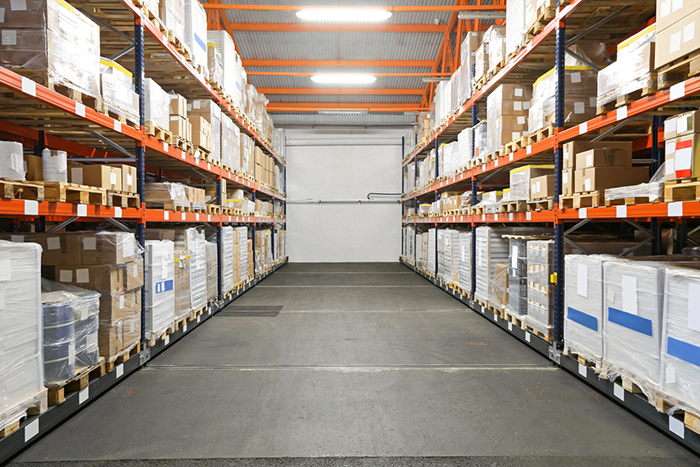 The tusnami unleashed by the collapse of Hanjin Shipping is rushing beyond US ports.

The bankruptcy of Hanjin Shipping is sending waves of disruption inland, as non-vessel-operating common carriers, shippers, warehouse operators, and truckers sort out how and when shipments will be released and moved to distribution points and customers.

“There’s definitely a domino effect,” said a Midwestern third-party logistics operator and NVO who asked to remain anonymous. The company, which deconsolidates and transloads containers for retail clients, was scrambling to locate freight shipped via Hanjin.

The question is how long will it take those dominos to fall, and how far inland will the toppling dominos go? Currently, port terminal operators, chassis owners and drayage companies are feeling the heat as they look to offload ships and get boxes to inland warehouses.

The wave of dominoes is heading straight for the import warehouse, already challenged by the bunching of cargo and arrival of bigger ships. "There will certainly be a short-term inundation of freight at warehouses,” Andrew Lynch, president and co-founder of Zipline Logistics, said.

“Customers are pushing for every Hanjin box to be transloaded as soon as possible, in fear that Hanjin will soon put holds on all of their freight,” said Lynch, whose Columbus, Ohio, company specializes in multimodal retail transport, including drayage, and supply chain management.

“Most drayage purchasers will only have one or two contract relationships at each port, so we are providing supplemental drayage capacity to meet the sudden demand,” Lynch said Friday. “Luckily we’re able to source our drayage network and get customers more drivers.”

He expects the focus to shift inland shortly. “The largest impact will be at warehouses that now have to process a week’s worth of orders in just a day or two,” Lynch said. One solution is to search for supplementary warehouse space to quickly handle that flood of freight.

“The biggest problem we’re seeing is that once drivers get the containers and deliver the product, there’s no one to take the empty Hanjin containers,” he said. Those stranded empties may lead to a container shortage in Asia, a C.H. Robinson Worldwide executive said.

“The big, big problem is you have a ton of containers either on the water or stuck at ports and inland container yards, and that’s going to create a massive lack of containers in Asia,” said Sri Laxmana, director of global ocean services at logistics company C.H. Robinson Worldwide.

And there are plenty of containers on Hanjin vessels that haven’t arrived at a port yet. “If an order scheduled for next week that involved Hanjin doesn’t come through, do our customers have inventory in other locations that can economically fill orders?” Lynch said.

“We don’t want to risk late deliveries or exorbitant incurred fees,” he said. “There could be a need in coming days for expedited services. Once containers are finally released from the ports, they may need rushed delivery to final locations. We haven’t seen this yet, but we’re ready.”

Warehouse operators trying to schedule truckload and less-than-truckload shipments to inland distribution centers are likely to face surges in freight traffic that could challenge their ability to balance freight flow and capacity demand, leading to delays and the detention of drivers.

Lynch believes there is enough excess domestic truck capacity to ease any outbound inland chokepoints. “Hanjin’s bankruptcy won’t have nearly as large an impact as the West Coast labor disputes” in 2015, he said. “We anticipate issue for truck transport to be resolved pretty quickly.”

Many companies are just beginning to assess the effect the disruption will have on their inland supply chains, such as what items they’ll have to reorder and how much additional transportation they’ll have to purchase, and how that will affect production lines or stores.

“We’ve just started reaching out to everybody,” Matt Williams, president of Pro Star Logistics, said. “Those that do have product out there aren’t worried about the inland side yet,” he said, stressing those customers are more worried about getting the freight off Hanjin vessels.

“I imagine this will be like when Consolidated Freightways shut down over Labor Day Weekend in 2002,” Williams said. That carrier failure left freight stranded across North America. “Some stuff will get delivered right away, some will be delayed. At least with CF it was all domestic.”

The largest US transport operators are also evaluating their exposure to Hanjin and looking for opportunities to help customers that find themselves in a bind.

“XPO Logistics has very limited exposure with Hanjin,” the company said in a statement. “We do have some customers who assigned cargoes to Hanjin, and we've mobilized our global network to find them alternative solutions.” Those solutions include expedited transportation.

“We have been monitoring the Hanjin situation and are aware that substantial shipping needs are developing for freight customers as a result of this crisis, both here and abroad,” said ArcBest, which owns expedited carrier Panther Premium Logistics and ABF Freight System.

“As a full-service logistics provider, the ArcBest companies have the ability to get freight moving through the ABF Global ocean shipping service and Panther’s forwarding, international air and ground expedited offerings, along with the nationwide ABF Freight LTL network,” ArcBest said.

“While the exact levels of demand will roll out over the next few weeks and months, we are actively engaged in supporting customers who will need to move their freight quickly and with confidence through whatever mode they require,” the company said in an e-mail to JOC.

“Retailers' main concern is that there is millions of dollars worth of merchandise that needs to be on store shelves that could be impacted by this,” Jonathan Gold, vice president for supply chain and customs policy at the National Retail Federation, said in a statement Thursday.

Some of that freight is still in Asia, some aboard ships and some on US docks, he said. “Retailers are working with all of their service providers to find ways to get their cargo moving to ensure that there is no or limited interruption in the supply of merchandise,” Gold said.