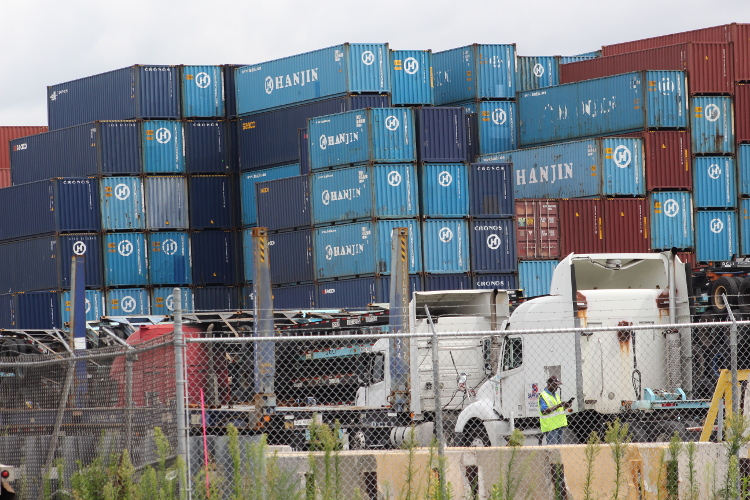 Creditors of bankrupt carrier Hanjin Shipping have filed claims totaling $10.5 billion, but the company has recovered only $220 million owed to it, equating to a payout of only $0.02 to each dollar owed, a company attorney has told a New Jersey bankruptcy court.

The dramatic deficit was revealed in a filing with US District Bankruptcy Court in New Jersey that left unclear when creditors might get their money, nearly a year after the South Korean container line filed for bankruptcy in South Korea on Aug. 31 and two days later in the United States.  When the “initial distribution will be made to creditors”” is uncertain, said Jin Han Kim, told the court in papers filed Friday.

After the bankruptcy filing, Judge John K. Sherwood, sitting in US Bankruptcy Court in Newark, held numerous hearings to rule on issues raised by shippers, logistics providers, creditors, and others on a variety of claims. Many sought help in moving to their destination some of the estimated 500,000 containers stranded when the company – once the once the world's seventh-largest carrier – ceased operations. The South Korean court on Feb. 17 declared the company bankrupt, and appointed a trustee to unravel its affairs.

In a sign of how US creditors continue to suffer from Hanjin’s collapse, Sherwood on July 25 granted a request from Columbia Group of Liberty Corner, New Jersey, to sell 35 Hanjin containers it is storing at its Port Elizabeth terminal.

“The continued storage of containers at Columbia’s marine terminal has affected its ability to conduct business in an efficient manner as the containers have taken up valuable space on Columbia’s terminal,” the company argued.

It asked the judge for approval to sell the containers, which it estimated could go for $1,000 each.