For shippers, avoiding another Hanjin won't be easy

For shippers, avoiding another Hanjin won't be easy 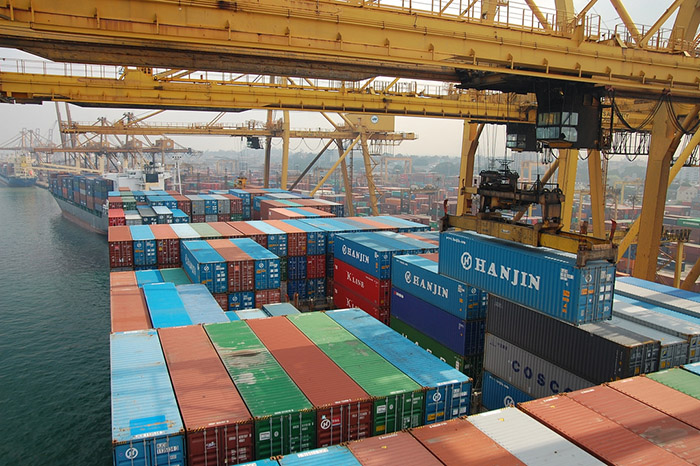 The structure of the container shipping industry makes it almost impossible to adequately protect against the collapse of another major container line. Credit: jgmorard

With 33 Hanjin Shipping vessels and all their containers still unable to be unloaded three weeks after the bankruptcy of the world’s seventh-largest container line, profound questions regarding the risks of ocean container transportation are being raised in corporate boardrooms throughout the world.

The questions boil down to these: could the collapse have been anticipated and avoided? What can be done to protect the company from another potential container line failure?

While these are the right questions of course, the answers unfortunately aren’t simple or straightforward.

There is no question that risk, or at least perception of risk, by shippers regarding container lines is significantly heightened following the Hanjin collapse. The bankruptcy “shatters the complacency that major carriers are immune to failure and can stomach prolonged years of low rates and financial losses,” Drewry wrote on Sept. 4 shortly after the Aug. 31 bankruptcy.

Shippers furthermore had every reason this year to be concerned about Hanjin’s finances. The company had in recent years experienced bloated losses and staggeringly high debt levels, all of which was out in the open. “Since 2013, Drewry Financial Research Services has warned that Hanjin was dangerously leveraged and living on borrowed time,” Drewry said.

But then again, shippers earlier this year could have been just as concerned about Hyundai Merchant Marine, which is now a much safer bet. At different points in recent years they could have been justifiably concerned about deteriorating finances at other carriers as well. But none of those other carriers went belly up. What was different about Hanjin?

The answer is that within the closeted, internecine world of the South Korean business elite a high-stakes drama was unfolding almost entirely behind closed doors. That suddenly the government would sever the financial lifeline for its two largest container lines, which thousands of its exporters rely on, was an unprecedented act that only the most informed business risk analysis could have anticipated. A true insider might have seen this act coming, but it was invisible as far as the wider world was concerned.

That said, as JOC.com has reported, some were clearly nervous. Non-vessel-operating common carriers as a group were considerably more on edge about Hanjin than beneficial cargo owners in 2016. In the first six months of the year, NVO-booked trans-Pacific import cargo shipped on Hanjin vessels dropped by 15 percent versus the prior-year period while Hanjin’s overall volume on that trade lane dropped 4.4 percent. The total market rose 3.1 percent during that period, meaning volume shipped with Hanjin by BCOs as a group was up according to data from PIERS, a sister product of JOC.com within IHS Markit.

But even if a shipper had serious doubts about Hanjin, what could they have done, and what can they do going forward? The way the industry is structured today makes it extremely difficult for a shipper to protect itself against the risk of a carrier failure. Outside of taking out more insurance, the options are few.

Withdrawing cargo from Hanjin would have meant withdrawing cargo from the entire CKYHE Alliance since all alliance members put cargo on each other’s ships; that is what alliances are all about. There is no way for a shipper today to contract with a stable carrier like China Cosco Shipping Lines and demand that none of its cargo be placed on a specific alliance carrier’s vessels; the alliances don’t work like that. A shipper would have to withdraw from the entire alliance, which means significantly limiting the number of carriers they contract with and possibly the most competitive rate levels. In some trade lanes, where virtually the entire market is integrated into a single alliance, it’s impossible.

And this gets to the question of how shippers can protect themselves from the next liner bankruptcy, should another one occur. It’s not clear how they can. Three east-west alliances will enter service in the first half of next year from the four in operation today. The risk of a carrier going under, not to mention the risk of a catastrophic accident or other disruption, actually demand that instead of limiting the number of carriers a shipper uses, a shipper should instead diversify. Several BCOs have told JOC.com they plan to place at least some of their east-west cargo with each of the alliances — 2M, Ocean and THE.

With cargo stranded and sales lost, you can almost hear the risk managers demanding new levels of contractual protection. But how effective will any of this be? Ideas being floated now within many BCO organizations — like applying a litmus test to carrier financials — are largely a waste of time. A carrier might fall below a threshold in a certain financial metric but taken to its logical conclusion to avoid that liner you would refrain to put cargo not only with the liner itself but with any of its alliance partners as well. Given that there aren’t that many global ocean carriers left, that might not be a wise move. Logistics teams should strongly push back against that type of thinking as risk mitigation on paper, not in the real world.

The fact is the world is moving in the direction of being dependent on a relatively few number of container lines to carry an estimated 60 percent of the goods by value moved internationally by sea each year, according to the World Shipping Council. Some believe that once the current shakeout, which this year has already seen three major container lines get merged, acquired or knocked out, is over, there will be six to 10 major carriers left.

That is a tiny number of providers available to carry that much global trade. One way to look at risk is to be relieved at such a development.

Fewer carriers mean less competition, higher rates, and more stable players. From a risk standpoint this is undeniably a good thing. But the price of lower risk is higher rates, which will be potentially a profound change for many shippers that have gotten used to rock-bottom rates such as those built into the current trans-Pacific contracts, where some port to port rates to the West Coast are reportedly below $700 per 40-foot-equivalent unit or FEU. A taste of where things may be headed can be seen in the spot rates which following the Hanjin collapse spiked up 40 percent in a week and now stand at $1,743 per FEU.

All carriers are running at