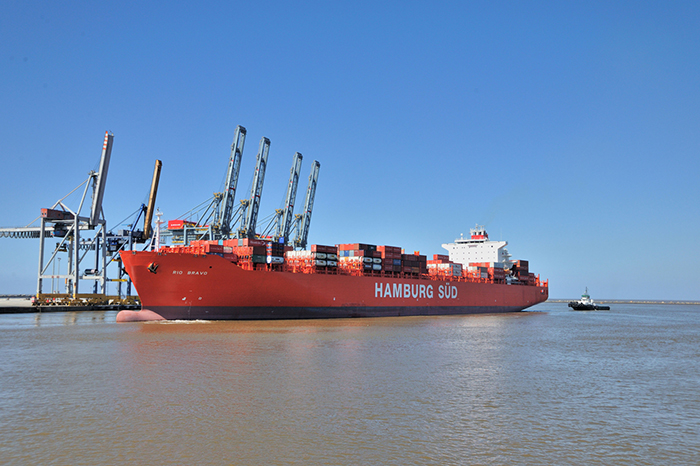 Maersk Line on Friday confirmed it is paying 3.7 billion euros ($4 billion) cash for Hamburg Sud and expects to close on the takeover of the German container shipping line by the end of the year.

The Danish carrier said it will finance the acquisition of Hamburg Sud, which is debt free, through a syndicated loan facility.

The cost of the takeover was revealed for the first time after the boards of Maersk Line and the Oetker Group, the owner of Hamburg Sud, approved the sale and purchase agreement over the deal that was announced on Dec. 1, 2016.

The acquisition is still subject to regulatory approvals, which have already been secured from the US Department of Justice in March followed by the EU Commission, subject to conditions, in mid-April.

Maersk Line is selling its Brazilian flag subsidiary Mercosul Line to head off possible concerns from competition regulators over its acquisition of Hamburg Sud because Hamburg Sud has its own East Coast South America (ECSA) cabotage and feeder subsidiary: Alianca Navegacao. If Maersk were to gain control of that subsidiary without offloading Mercosul, Maersk would controlled 80 percent of the ECSA coastal market.

“Our due diligence confirmed that Hamburg Sud is a well-run company with strong and highly respected brands,” said Soren Skou, CEO of the Maersk group and Maersk Line.

“We have confirmed the anticipated synergies and we are convinced that our plan to maximize customer retention is the right path forward.”

The two carriers will realize combined operational synergies of between $350 million and $400 million annually over the first couple of years following the completion of the transaction, Maersk Line said in a statement.

The synergies will be derived primarily from integrating and optimizing the networks as well as standardized procurement.

In addition, the global portfolio of APM Terminals, Maersk’s port unit, will benefit from increased container volumes, specifically the many investments made in the Latin America region, according to Maersk.

“We consider the purchase price of 3.7 billion euros a fair valuation of Hamburg Sud,” Skou said.

“By keeping Hamburg Sud as a separate and well-run company, we will limit the transaction and integration risks and costs while still extracting the operational synergies. The acquisition of Hamburg Sud will therefore create substantial value to Maersk Line already in 2019.”

Hamburg Sud will remain under its own management and with full brand responsibility.

The acquisition will boost Maersk’s container capacity of to around 3.9 million TEU from 3.3 million TEU at present and increase its share of global capacity to 18.7 percent from 16 percent.

The two carriers will continue to operate as separate and independent companies until the acquisition clears all regulatory hurdles, which is expected before the end of the year.