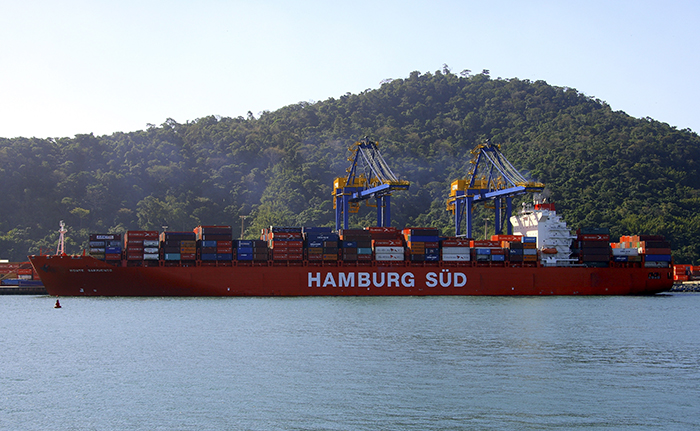 The Maersk Line-Hamburg Sud deal must recieve approval from a number of national regulators.

Maersk Line’s acquisition of Hamburg Sud moved closer to the finish after the Danish ocean carrier signed a sale and purchase agreement with the Oetker group, the German container line’s owner.

The all-cash deal, reportedly worth around $4 billion, is still subject to a final agreement between the boards of the two companies and regulatory approvals.

Maersk said it expects the boards to approve the agreement during the second quarter “following which further details of the acquisition will be communicated.”

The European Union’s competition authority is due to decide by March 27 whether to clear the acquisition, which Maersk filed on Feb. 20.

The European Union can extend its review by two weeks if Maersk offers concessions to meet Brussels’ competition concerns or can open a more in-depth five-month investigation.

The only likely market that is tipped to prove problematic to the regulators is Latin America, where Hamburg Sud is a leading player, and this could see the merged carrier quitting some trades.

Maersk may have to sell off its Brazilian cabotage subsidiary Mercosul Line to get approval of the Hamburg Sud deal from Brazilian regulators. Hamburg Sud has its own East Coast South America (ECSA) cabotage and feeder subsidiary, Alianca Navegacao, and if Maersk were to gain control of that subsidiary as well as Mercosul, it would control 80 percent of the ECSA coastal market.

The acquisition also requires approval from regulators in other markets, including Australia, China, South Korea, and the United States.

Maersk Line said it still expects to close the transaction, which was announced on Dec. 1, by the end of 2017.

The takeover of Hamburg Sud will consolidate Maersk’s ranking as the world’s top container line with a fleet of 3.6 million 20-foot-equivalent units that will boost its market share to 18.6 percent from 15.7 percent at present and widen its lead over its closest rivals of Geneva-based Mediterranean Shipping Co., which has a 13.6 percent share, and third-ranked French carrier CMA CGM, which is at 10.5 percent.

Maersk Line posted a loss of $376 million for 2016, but projects an improvement of $1 billion this year as the carrier expects a stronger market and benefits from the reorganization of its parent Maersk Group.