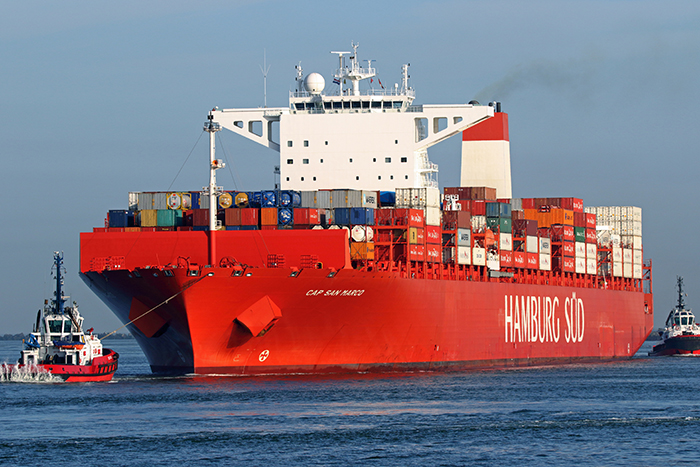 With Hamburg Süd so strong in north-south trades, especially in reefer trades, the combined carrier will dominate with 40 percent of all reefer trades into and out of Brazil.

Maersk Line’s planned $4.3 billion takeover of Hamburg Süd cleared its final hurdle after Brazilian regulators approved the acquisition without any restrictions, dispelling fears that costly requirements would be added, such as those demanded by the European Union, before it cleared the deal.

The Conselho Administrativo de Defesa Econômica (Cade), which oversees mergers and acquisitions and guards against monopolies, gave its blessing “without restrictions” Sunday in Diário Oficial da União, the official government gazette. To complete the deal, Cade told Maersk it had to sell off Mercosul Line — its Brazil and east coast of South America (ECSA) cabotage operator — or Alianca Navegacao, Hamburg Süd’s competing cabotage operator. Without the sale of Mercosul Line, a combined Maersk and Hamburg Süd would have controlled 80 percent of the ECSA market.

Maersk in April announced its sale of Mercosul Line to CMA CGM, but Cade directors told local media that review could take some time because of “very complicated” consequences of the Maersk purchase.

Only one month ago, the Administrative Council of Cade stated in the Diário Oficial da União that it was not only worried about the concentration of the container market in the hands of a merged Maersk Line and Hamburg Süd, but also in terms of Maersk’s participation in the 2M Alliance with Mediterranean Shipping Co.

"Our fears over the concentration is more about whether, when the participation of the consortia in which the two carriers in question are members is taken into account, that constitutes an unacceptable monopoly situation," Cade officials stated in the Diário Oficia.

Shippers have fewer carrier options because of mergers and acquisitions that have reduced the number of major east-west carriers from 20 to 12 in two years.

Maersk Line, with 600 vessels worldwide, is the largest box carrier in the world, and Hamburg Süd is seventh-largest, with 130 ships; together they forge a powerful force. In terms of the Brazilian market (which accounts for well over 90 percent of the ECSA market), the two combined will hold a 36 market share, while MSC has 25 percent and Hapag-Lloyd (along with merged CSAV of Chile and United Arab Shipping Co.) will handle 16 percent.

However, with Hamburg Süd so strong in north-south trades, especially in reefer trades, it will dominate with 40 percent of all reefer trades in/out of Brazil and possibly higher than 50 percent when it comes to Far East to/from Brazil.

Because the Cade approval process took so long, many container industry insiders in Brazil were convinced that the antitrust body would attach “difficult strings and conditions” to the acquisition along the lines of those imposed by the European Union. These would make the purchase more expensive and reduce the profit Maersk hopes to make from the deal, say various analysts, including from Danske Bank.

Therefore, it has come as quite a surprise that no “terms and conditions” were imposed, such as those imposed by the European Union. The European Union gave the merger the thumbs up in April after demanding that Hamburg Süd withdraw from five vessel-sharing agreements (VSAs) in a number of trade lanes. This led to it withdrawing eight vessels from various VSAs.

However, with beleaguered Brazilian President Michel Temer desperately trying to win support from Congress and the House of Representatives, as well as the public, with his “open market economy” measures, the smooth transition for the Maersk deal will send out the signal that Brazil is “open for investment and business.”

Canada Trade and Shipping Outlook
TPM22: What We Learned — Container Shipping in the Crosshairs
Managing E-Commerce From Order to Delivery and Beyond
END_OF_DOCUMENT_TOKEN_TO_BE_REPLACED