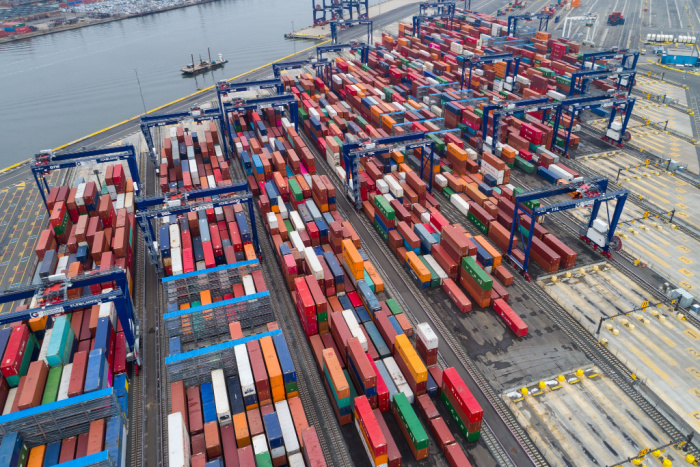 US imports from Asia this year through July are up 5.9 percent from the same seven-month period in 2021, which was a record year for imports. Photo credit: Shutterstock.com.

US imports from Asia in July rose from both June and the year-ago period, the clearest indication yet that the import cliff expected from some market observers has not materialized. July, in fact, was the third-busiest month this year in the eastbound trans-Pacific and was up 13.1 percent from pre-pandemic July 2019.

Asian imports last month of 1.68 million TEU were up 2.7 percent from June and 2.5 percent from July 2021, according to data from PIERS, a sister company of JOC.com within S&P Global.

The July increase in import volumes comes after a June media report inaccurately forecast a plunge in US imports by early July, creating market confusion and pulling down freight transportation stocks. The data source of the inaccurate report was not publicly disclosed.

Industry analysts tell JOC.com they expect imports to remain strong for the next several months as a significant amount of holiday season goods remain in transit from Asia or stuck in vessel queues outside of major gateways on the East, Gulf, and West coasts.

Due to supply chain bottlenecks, some retailers this year shipped their fall and holiday merchandise earlier than usual.

However, as inflation increased and the economy slowed this spring, retailers began to pull back on end-of-year orders for goods such as furniture and other discretionary items, so economists expect import volumes to slow during the last couple of months of the year.

US imports from Asia this year through July are up 5.9 percent from the same seven-month period in 2021 — which was a record year for imports — and are up an especially strong 28.6 percent from January–July 2019, according to PIERS.

Global Port Tracker, which is published monthly by the National Retail Federation and Hackett Associates, has forecast that Asian imports in the second half of the year will be down 1.5 percent from last year. But due to a strong first half of 2022, imports from Asia for the full calendar year are expected to increase 2 percent from 2021.

How to Improve OTIF: 15 Tips for On Time and In Full Delivery
END_OF_DOCUMENT_TOKEN_TO_BE_REPLACED