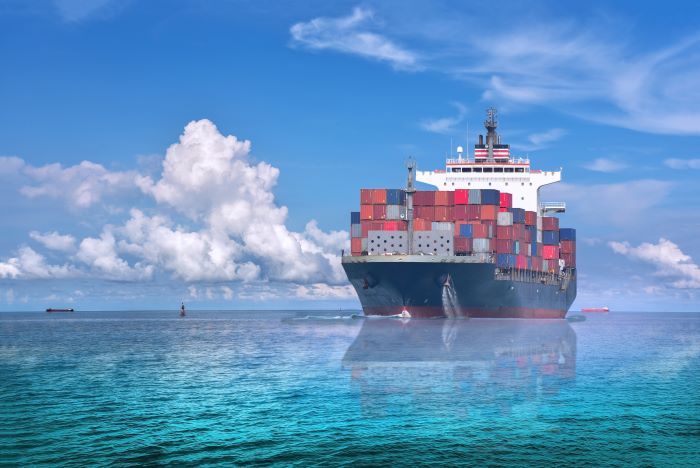 Less than two weeks after the global low-sulfur mandate took effect, shippers are trying to determine just how much more they’re paying for container spot rates amid wide variations in the scale of low-sulfur surcharges pushed by carriers.

Container line executives and analysts say they expect confusion over just how much cargo owners have to pay to help carriers cover higher operating costs by the early spring, coinciding with when most cargo owners begin annual service contracts.

“It’s a complete mess,” Philip Damas, head of Drewry Supply Chain Advisors, told JOC.com Friday. Drewry surveyed the changes in the bunker adjustment factors (BAFs) of five carriers from the fourth quarter of 2019 and the first quarter of 2020. “Some carriers’ BAFs increased by 40 percent in Q1 2020, whereas other carriers’ BAFs increased by just 15 percent,” he said.

In the meantime, carriers are trying to recoup the costs from the International Maritime Organization (IMO) mandate in two different ways. Some are pushing higher fuel surcharges while easing base cargo rates, while others are posting more moderate increases in fuel surcharges and trying to keep spot freight rates steady.

Whatever tact they take, the industry needs to recoup approximately $14.9 billion more in annual higher fuels, according to Sea-Intelligence Maritime Consulting. Under the IMO rule that went into effect Jan. 1, carriers are required to burn fuel with sulfur content of not more than 0.5 percent or install emissions-cleaning scrubbers in order to continue burning high-sulfur fuel.

The market is still very fluid, with some carriers making their first significant low-sulfur fuel purchases just a week ago. Cargo owners with 2019-2020 service contracts have already accepted the BAFs negotiated last year for this interim period before the 2020-21 service contracts are hammered out later this spring, said Larry Burns, senior vice president of trade and sales at Hyundai America Shipping Agency,

Customers who are shipping under these contracts have not diminished their volumes in search of lower rates on the spot market in early January, Burns said. “In fact, our bookings have actually risen quite a bit,” he said.

Damas cautioned that shippers should consider the all-inclusive spot rate, which includes the base ocean charge plus the BAF, in order to calculate the impact on shipments from Asia to North America. The all-in rates of two different carriers could be similar even if the BAF portion varies widely because one carrier will lower the base ocean rate in order to show a higher BAF, with another carrier doing just the opposite.

Damas noted that a large number of beneficial cargo owners (BCOs) last year were able to head off huge BAF increases in early 2020 by presenting their own BAF formulas to carriers, which by and large were accepted. He said mid-size BCOs would be wise to adopt a similar strategy.

Shippers on the Asia-Europe trades have told JOC.com they subscribe to the belief that the low-sulfur fuel surcharges will decline as the spread narrows, and this was reflected in the annual rates they negotiated in 2020 contracts. Shippers reported long-term contract rates at levels similar to — and, in some cases, even below — those secured for 2019.

“On a short-term basis, rates have gone up, fueled by Chinese New Year and combined with the low-sulfur issue, but to counter that, large Europe BCOs have signed new contracts that are only slightly higher than last year,” the logistics manager for an Asia-Europe ocean shipper said.

“The shipping lines have not been able to push through their full surcharge, and I believe that is fair because the spread between the IFO380 and LSFO [low-sulfur fuel oil] should get much smaller throughout the year,” the source added.

The wide spread between the price of low-sulfur and high-sulfur fuel is expected to peak in the first quarter before gradually narrowing for the rest of the year, a development that in theory would be accompanied by a reduction in carriers’ low-sulfur fuel surcharge levels, according to IHS Markit analyst Rahul Kapoor.

The vice president of research and analysis for IHS Markit’s Maritime and Trade division said the narrowing spread would be driven by a decline in the price of LSFO due to improved availability, as well as an increase in high-sulfur fuel oil (HSFO) values.

But Kapoor said fuel surcharges falling in tandem with a tightening of the high-low fuel spread was by no means a given.

“In an ideal world, surcharge levels should mimic that decline, but given lack of transparency from the carriers, the direct relationship is unlikely to exert itself,” he said.

The LSFO price this week rose to $653 per ton, according to an average taken by IHS Markit across the bunkering hubs of Singapore, Rotterdam, New York, and Fujairah. It is up almost 20 percent compared with the first week of December, and currently 87 percent more expensive than HSFO.

Patrik Berglund, CEO of ocean rate benchmarking platform Xeneta, said contract negotiations between shippers, forwarders, and carriers have revealed different tactics as both parties factored in the impact of the IMO 2020 mandate.

“Some shippers report agreeing on fixed rates with baked-in IMO 2020 charges for first quarter 2020, with these rates actually coming in at a lower level than pre-IMO contracted rates negotiated earlier in 2019,” he said. “Others have opted for a flexible approach, agreeing on quarterly bunker adjustments, with a wait-watch-and-see approach, while a further group have adopted a mix of both strategies.”

He said if shippers could delay procurement of new freight rates for as long as possible, it would be advisable to wait and sit it out for the first quarter of the year, as delaying negotiations and monitoring freight rate developments over the first few months of IMO 2020 should provide a better view on the LSFO pricing, which could then inform the surcharges.