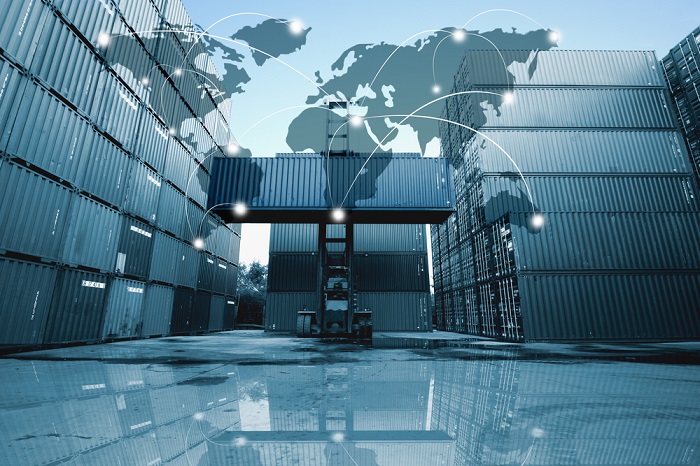 Loginno is offering to outfit for free an ocean carrier’s entire fleet of containers with its sensor hardware in mid-2019. Photo credit: Shutterstock.com.

Loginno is offering to outfit for free an ocean carrier’s entire fleet of containers with its sensor hardware in mid-2019. The offer is limited to carriers with fleets of 150,000 or fewer containers. In technology circles, this approach is called a reverse hackathon, where instead of a solutions provider pitching its product to potential customers, the solutions providers solicit pitches from those potential customers.

“There are all these wonderful use cases for sensors — container security, optimization, insurance,” Loginno founder Shachar Tal told JOC.com. “All of these use cases have major applications to actual disruptions. We had all these wonderful ideas on paper and nowhere to test them. So we thought, if there’s no sandbox, where can we create one?”

So Loginno came up with the idea of a contest where mid-sized carriers could vie to have their fleets outfitted for free as a test of the efficacy of the solution. Carriers have until the end of February to submit an executive summary detailing how they would use the sensors and the resultant data. Loginno will then shortlist a smaller group of finalists in March and announce the winner in June at Echo Motion, a major mobility technology event in Israel.

The company currently provides a cargo tracking service based on an annual prepaid subscription for its sensors, although the container sensors are not yet offered as part of that service.

Tal said the company is targeting any container line outside the global top 20, including those with multiple brands. He spent three years (between 2008 and 2010) at the container line Zim Integrated Shipping Services, where he was in a business development role in charge of special equipment and technologies and reefer container innovation.

“It was very apparent that everything that revolves around the information from a shipping container’s voyage is severely lacking,” he said. “The idea of not knowing enough and having a black hole instead of information at its most sensitive period until it reaches its destination, that seemed crazy to me.”

In researching the market, Tal saw a focus on sensors designed around the needs of shippers. “When we started looking at IoT [Internet of Things] in container solutions, most were catered to shippers. You put it on at point A and take it off at point B and do reverse logistics. I thought, as a shipping company, how cool would it be to find a solution that you could convert your entire fleet to smart containers and have the data available for everyone to use at a fraction of the cost?”

That’s long been a sticking point in the development of sensors in shipping containers, whether attached to the container itself or to cargo within the container. The cost of the device, the life of the battery, and reverse logistics costs to return the sensors to their owners have all proven to be too big to bear for the market to take hold. That’s partly due to overall costs, but also due to the lack of clarity about who will pay for the deployment of such devices. Container lines, under intense margin pressure for more than a decade, have largely been unwilling to foot that bill without a sign from customers that those asset investment costs can be recovered through rates.

But there’s been a subtle shift over the past few years in that thinking as more device makers have come to market and as potential buyers of those devices envision the long-term cost benefits of equipping containers with sensors. The emergence of other container sensor makers, notably Traxens (backed by the liner carriers CMA CGM and Mediterranean Shipping Co.) and Sensor Transport (backed by Maersk Line’s venture capital arm) is changing perceptions of IoT device utility.

“There’s no energy source, like with [refrigerated services], so you need to have the device consume the least amount of energy possible,” he said. “In a utopian world, this is a one-time operation. You put a small gizmo and it stays there for the container’s lifetime.”

Tal enlisted a technical team with a background in Israeli military intelligence.

“They’re making electronic gizmos hung from trees and stuck in the ground, to do things like listen to footsteps, listen to car engines, and they had to stay on for a very long time. The shipping container use case is much simpler than [the] use case they used to work on because the behavior profile is very narrow.”

Tal said Loginno’s sensors are designed to last 10 years or more and that, to conserve battery life, it “turns on and off” similar to the way a smartwatch knows when a person is asleep or running. The design of the sensor is also intended to be unobtrusive and is incorporated into a plastic vent standard on all containers (the vent is necessary primarily for pressure equalization, Tal said). By essentially making the vent the sensor, it also diminishes installation issues, since container depots are accustomed to maintaining the vents, he argued.

The broader goal is to turn containers into smart devices, Tal said, to truly involve them into the IoT network at a realistic cost.

In terms of targeting smaller container lines for the initial free outfitting of sensors, Tal said it was less feasible to expect a top 10 line, with millions of containers in its fleet, to take on such a project. The goal is to start small and build the use case, he said.

“Our job after we select is prove that this works. If you take a fleet, convert it, [and] extract data from it, [the] value of data will be bigger than [the] cost to convert the containers. If that is true, then we’re golden. If we could prove it costs more to have dumb containers than smart containers, then we’re in a good spot.”