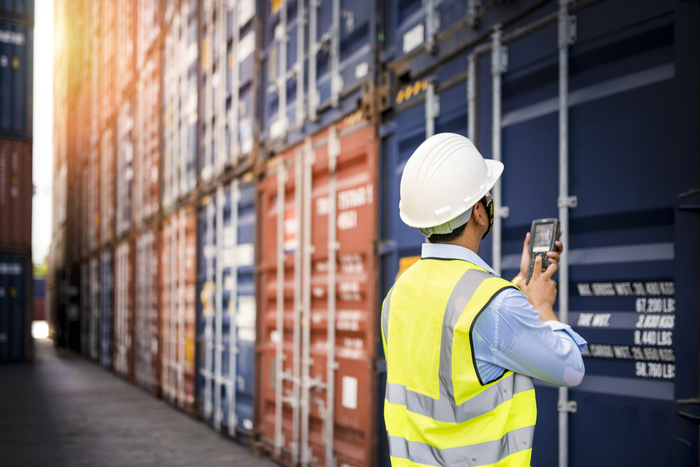 Cargo owners and truckers accuse ocean carriers of imposing demurrage fees even when a container is not available for pickup, and detention fees when terminal gate closures prevent the container from being returned. Photo credit: Shutterstock.com.

Under the new interpretive rulemaking, the Federal Maritime Commission (FMC) would gauge whether detention and demurrage fees truly incentivize the retrieval of cargo and return of containers. The agency agreed to the recommendations stemming from a year-and-a-half effort to address complaints from cargo owners and drayage drivers over what they considered unfair fees for failing to pick up cargo and return equipment in a timely manner.

In a letter to the FMC, the organizations said in some cases they are being charged demurrage for failing to retrieve inbound laden containers at marine terminals before the period allowed for free storage ends. The groups, which includes the Agriculture Transportation Coalition, American Trucking Associations, National Retail Federation, and various freight forwarder and customs broker groups, said they’re being charged detention for failing to return empty containers on time even when they are not at fault.

Making container pick-up and returns more difficult is that US marine terminal operators are reducing gate hours due to numerous canceled sailings this past month because of the coronavirus disease 2019 (COVID-19). Terminals in Los Angeles-Long Beach and in Seattle-Tacoma have reduced shifts due to plunging container volumes.

“Currently, ocean carriers are imposing demurrage fees even when the container is not physically available to be picked up, and detention fees when the terminal is not accessible for the container to be returned,” the groups said in the letter. “With ongoing challenges posed by the coronavirus, there is real concern about these fees being assessed when there are equipment issues beyond the control of the shipper or motor carrier,” they stated.

Robert Loya, vice president of drayage operator CMI West, told JOC.com Monday the ability of truckers to return empty containers to marine terminals in Los Angeles-Long Beach “is getting better, but it’s not perfect.” A few weeks ago, CMI West had close to 1,000 empty containers at its yard and at customers’ warehouses, but hundreds of the empties have since been returned to the terminals, he said.

However, terminal operators in Los Angeles-Long Beach have posted almost 60 gate closures during either the day or evening shift from Monday through April 1. A terminal operator in Los Angeles-Long Beach told JOC.com Monday he expects most of the terminals will return to normal gate hours in early April when container volumes are expected to increase sharply, based on vessels leaving Asia in the coming week or two.

East Coast ports anticipate similar problems of empty containers backing up as carriers announced they will reduce total capacity by about 30 percent over the next two weeks through blank sailings. The voyage from Asia to the East Coast takes at least 10 days to two weeks longer than to the West Coast.

Blank sailings at the root of problem

The problems addressed in the letter have been present at West Coast ports for the past few months. Carriers through March are blanking more than 60 sailings to the West Coast, according to Sea-Intelligence Maritime Consulting.

The blank sailings have caused empty containers to back up at warehouses, trucking yards, and on marine terminals, especially in Southern California. The 2M Alliance of Maersk Line and Mediterranean Shipping Co. has begun to address this problem by upsizing existing vessel calls to provide additional capacity for the return of empties to Asia. The MSC Oscar arrived in Los Angeles on March 8, and the 2M lines confirmed three additional vessels of 19,000-23,000 TEU capacity will be deployed to Los Angeles-Long Beach beginning in late March.

Carl Bentzel, FMC commissioner, said he anticipates the impact of the coronavirus will linger for a few more weeks while vessels complete their transits from Asia. “To be clear, there may still be logistical challenges in processing cargoes into the United States commerce,” he stated.