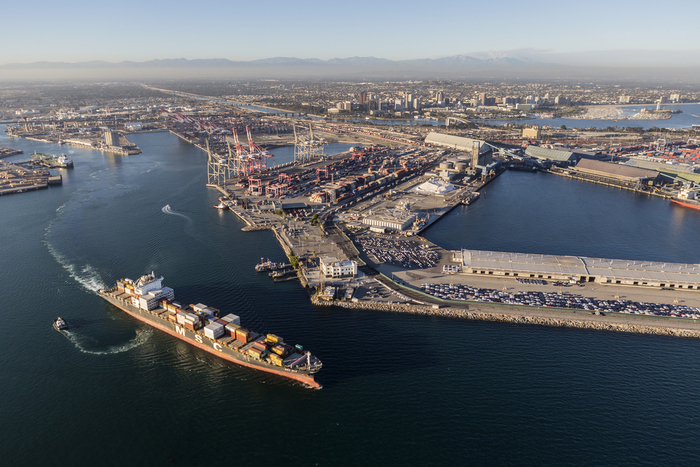 Carriers since late last year have been struggling to recoup the higher fuel costs they now face under the IMO 2020 mandate that took effect Jan. 1. Photo credit: Shutterstock.com.

Global carriers must contain costs and standardize how they are pricing fuel use in the wake of the IMO 2020 low-sulfur mandate, or they risk losing the financial gains they realized in recent years, consulting firm AlixPartners warned Thursday.

“Carriers could see their hard-fought financial gains of recent years totally evaporate if they fail to control costs, including how they manage fuel costs and customer expectations around fuel costs,” Esben Christensen, global co-leader of the transportation and infrastructure practice at AlixPartners, said in a statement accompanying release of the 2020 Global Container Shipping Outlook study.

Carriers since late last year have been struggling to recoup the higher fuel costs they now face under the IMO 2020 mandate that took effect Jan. 1. Container lines that began burning the more costly very low-sulfur fuel oil (VLSFO) in late 2019 announced interim charges for December, but were not able to fully cover their increased costs, industry analysts told JOC.com earlier this year.

The study also noted that based upon a commonly used bankruptcy risk measure, carriers’ financial position has eroded as industry-wide debt grew by $21 billion. Spread of coronavirus disease 2019 (COVID-19), “which has sharply reduced container volumes at Chinese ports,” adds to the industry’s financial uncertainty, the report stated.

AlixPartners’ emphasis on cost control and the importance of all-in pricing discipline will be tested this spring in the annual service contract negotiations between beneficial cargo owners (BCOs) and carriers in the Asia-North America trades. AlixPartners said carriers will likely face “a pressure campaign that could be led by eastbound trans-Pacific mega-shippers who have a history of driving changes in the way carriers do business.”

Indeed, as BCOs, carriers, truckers, rail representatives, and transportation intermediaries gather in Long Beach, California, beginning this weekend for JOC’s annual TPM conference, the discussion of all-in pricing in 2020-21 service contract negotiations will be front and center at the conference and as the negotiations unfold this spring.

In order for this year’s contract rates to meet or exceed those levels, carriers will have to achieve close to full recovery of the higher fuel costs they are now incurring due to the IMO 2020 mandate. Estimates are that the low-sulfur fuel oil (LSFO) requirement will add $10 billion to $15 billion to the industry’s costs this year.

Non-vessel-operating common carriers (NVOs) and an industry consultant recently told JOC.com that individual carriers’ charges for LSFO vary widely, and, in fact, they often refer to the charge by different names.

The reason IMO 2020 fuel cost recovery will be so important in this year’s contracts is that the ocean segment of the all-in eastbound trans-Pacific rate is under downward pressure as US imports from Asia deteriorate due to the United States-China trade war and coronavirus developments. Top executives of the ports of Los Angeles and Long Beach said this week they expect cargo volumes in the first quarter will be down 12 to 15 percent from Q1 2019.

Tensions are building between BCOs and carriers concerning what is the true cost of low-sulfur fuel today and how that cost fits into the all-inclusive contract prices. The AlixPartners study indicates there is  “frustration on the part of shippers, freight forwarders, and NVOs toward what they’ve long perceived as opacity on the part of the container shipping sector regarding its pricing, now compounded by the implementation of the IMO 2020 rule.”