Eimskip begins weekly calls to Halifax and Portland, ME

Eimskip begins weekly calls to Halifax and Portland, ME 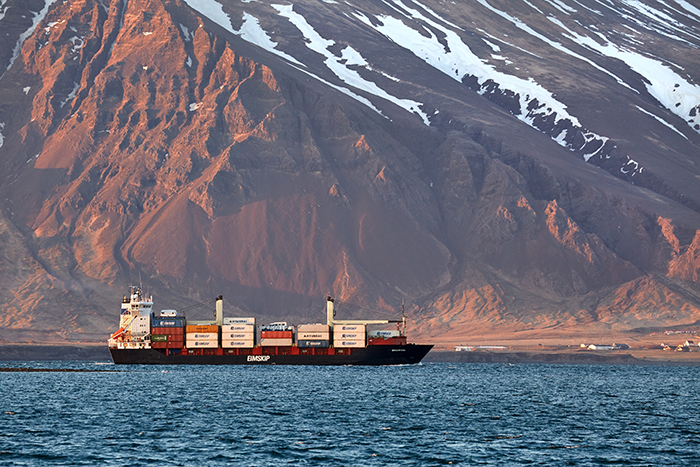 Eimskip is fulfilling a company goal years ahead of schedule. Photo credit: Shutterstock

US trans-Atlantic importers, particularly those importing from North Europe, will soon have a new option to consider as Eimskip begins weekly calls to Halifax and launches a short-sea feeder service from Halifax to Portland, Maine.

The weekly service will begin Nov. 30 with the arrival of the Selfoss at the Halterm International Container Terminal as part of the company’s Green Line Service and fulfills a company goal of introducing weekly calls at Portland by 2020.

“We are seeing increased volumes through operations at Portland, Maine, as well as Halifax and Newfoundland. The combined increase is making the change to weekly calls a reality,” said Jeff Simms, managing director at Eimskip Canada.

Halifax was the third fastest-growing port in North America last year, and traffic through the first three quarters jumped 18.3 percent year over year to 419,426 TEU, led by a 21 percent surge in imports to 208,793 TEU, as exports rose 15.7 percent to 210,633 TEU, according to port statistics.

Total traffic at Portland rose 1.6 percent in the first nine months of the year to 6,111 TEU, according to PIERS, a sister product of JOC.com. Imports are typically fish brought from Northern Europe and Scandinavia to the Boston area, with cranberries, blueberries, and other produce exported in the other direction.

Eimskip has grown via an aggressive acquisition strategy over the last few years, snapping up three companies in 2017 alone. The Icelandic carrier also tried to purchase Norwegian short-sea operator Nor Lines, but Norway’s government blocked the deal.

Earnings before interest, tax, depreciation, and amortization crept up to 16.7 million euros from 16.2 million euros as the company reiterated its commitment to expansion via acquisition.

“The company’s strategy to grow by acquiring specialized forwarding companies has worked well,” said Eimskip president and CEO Gylfi Sigfusson in a statement announcing the results.