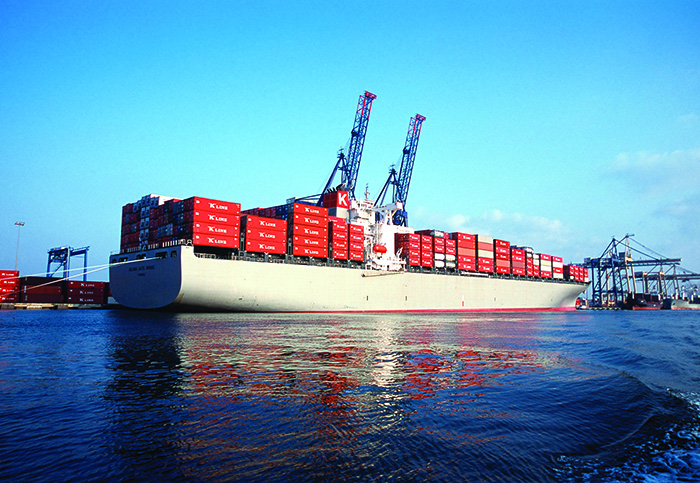 "K" Line doubled its forecast for losses in fiscal 2016.

Japan’s Big Three container lines downgraded their full-year earnings forecasts and said they expected record losses as their fiscal first-half results illustrated the financial difficulties that motivated their Monday announcement they would merge.

NYK Line, “K” Line, and MOL recorded a collective half-year operating loss of $484 million for the fiscal year beginning in April and do not see any relief in sight. In an oversupplied market where increasing scale is needed to remain competitive, the only viable option was merging, the three said.

NYK Line now expects to post a net loss of 245 billion yen ($2.33 billion) for the current fiscal year compared with its previous forecast of a 15-billion-yen loss. It will be NYK Line’s first full-year net loss in five years.

"K" Line, which is particularly dependent on the container shipping business relative to MOL and NYK, expects a net loss of 94 billion yen for the current fiscal year compared with its previous estimate of a 45.5-billion-yen net loss.

Freight rates and cargo volumes are slumping amid oversupply and weak demand. Meanwhile, the value of the yen, which is widely seen as a safe-haven currency, has risen recently amid global economic uncertainty.

The three Japanese shipping firms also reported revenue declines of more than 20 percent for the first half of fiscal 2016 on a year-over-year basis.

NYK’s revenue totaled 928 billion yen in the half, down 22.5 percent from the same six-month period of 2015. The company incurred a fiscal first-half net loss of 231 billion yen, compared with a net profit of 54 billion yen last year. The company also booked extraordinary losses totaling 205 billion yen for the April-to-September period, including a massive asset impairment charge of 163 billion yen.

“K” Line’s first-half revenue was 491 billion yen in the half, down 26.5 percent on a year-on-year basis. The company logged a fiscal first-half net loss of 50 billion yen compared with a net profit of 11 billion yen a year earlier.

The Chinese went to one; the