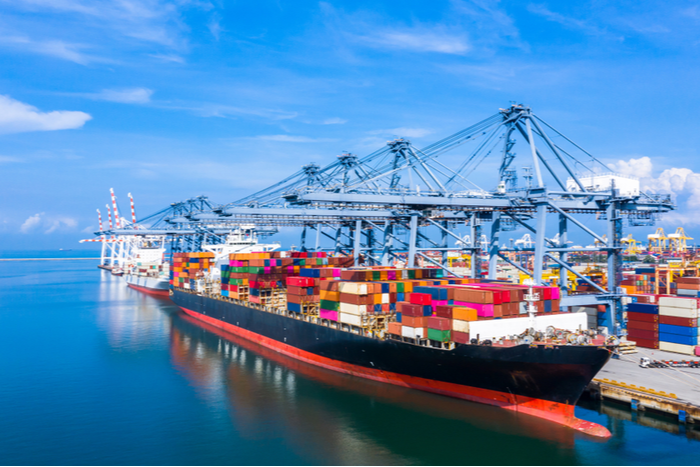 Freight forwarders and logistics experts are now predicting that US imports will remain at elevated levels at least through October, fueled primarily by e-commerce fulfillment and a steady flow of personal protective equipment (PPE).

Non-vessel operating common carriers (NVOs) told JOC.com this week the continued surge in imports will push the already record-high spot rates in the eastbound trans-Pacific even higher. As of Aug. 28, the Asia–US West Coast rate reached $3,639 per FEU, up 5.8 percent from the previous week’s record high and 125.3 percent from the same week in 2019, according to the Shanghai Containerized Freight Index (SCFI), published in the JOC Shipping & Logistics Pricing Hub. The rate from China to the US East Coast stood at $4,207 per FEU, up 6.4 percent from last week and 56.3 percent year over year.

Earlier this month, NVOs were predicting that the import surge that began in late June would last at least through September. Now they are extending that timeline, based on continued growth in e-commerce fulfillment, as shoppers favor online shopping during the COVID-19 crisis.

“We can see demand strength through October,” Jon Monroe, a consultant to NVOs, said in his weekly newsletter on Wednesday. PPE shipments, which contributed to the surge in July, remain strong due to large-volume purchases by federal and state governments, he said.

However, e-commerce fulfillment is also playing an important role in the import surge. Consumers are shopping online for a broad range of merchandise, more than replacing the weakness in in-store purchases due to COVID-19. Analysts say the growing role of e-commerce imports could be changing the timing of peak-season shipping patterns in the eastbound trans-Pacific.

However, the same consultant, who asked not to be identified, noted that some big-box retailers are still replenishing inventory that was burned off when the US emerged from COVID-19 lockdowns. Those retailers are ordering both for e-commerce fulfillment and for the restocking of inventory at the stores. “There are still a lot of stores that are low on replenishment,” he said.

Imports may stay strong for rest of year

“End of the year? It could very well be,” Monroe said in his newsletter.

US imports from Southeast Asia, especially Vietnam, continue to set records. Nerijus Poskus, global head of ocean freight at Flexport, told a webcast Wednesday that imports from Vietnam in July were up 39 percent from June. July was the best month ever for imports from Vietnam through the West Coast, he said. In order to meet growing demand for premium services from Vietnam, APL Logistics next week will add Haiphong to the list of Asian ports served by its OceanGuaranteed product, which already included Ho Chi Minh City.

Monroe added that the two tightest trade lanes in Asia in terms of vessel capacity are Ho Chi Minh and Yantian, China, to Los Angeles and Long Beach.

Strong US imports from China and Southeast Asia, coupled with weak US exports to Asia, have resulted in equipment shortages in those regions, said Jan Hinz, head of North America and Turkey at Flexport.

“There is a significant shortage of equipment in Asia,” he said. Hinz advised shippers attending the Flexport webcast to be flexible when shipping from Asia. For example, 40-foot high-cube containers are difficult to secure, so shippers who are turned down for those containers should consider moving their freight in standard 40-foot containers if that’s what’s available, he said.

Strengthening import demand, equipment shortages in Asia, and tight vessel capacity on vessels leaving Asian ports are boosting spot rates in the eastbound trans-Pacific. NVOs told JOC.com last week that carriers are forecasting a rate of $4,000 per FEU to the West Coast when a Sept. 1 general rate increase (GRI) takes effect next week.

Friday’s SCFI reading also indicated that demand for all-water services from Asia to the East Coast is increasing. Normally, the difference between the East Coast and West Coast rate is close to $1,000 per FEU. However, that gap closed considerably in July as retailers concentrated their imports through the ports of Los Angeles and Long Beach. Imports through the Southern California gateway increased 33.8 percent in July from June, whereas total US imports in July increased only 0.9 percent month over month, according to PIERS, a JOC.com sister company within IHS Markit.

The East Coast spot rate on July 31 was $3,495 per FEU, or only $328 per FEU higher than the $3,167 rate to the West Coast. On Friday, the differential had increased to $568 per FEU, according to the SCFI. East Coast port directors earlier this month told JOC.com their bookings for August were looking strong.

Port Logistics Group, which has distribution warehouses on both coasts, said the East Coast facilities are increasingly busy.

“Southern California has always been number one, but we’re seeing high demand all around the country,” said Scott Weiss, vice president of business development at Port Logistics Group. He said the company’s warehouses serving Savannah are especially busy.