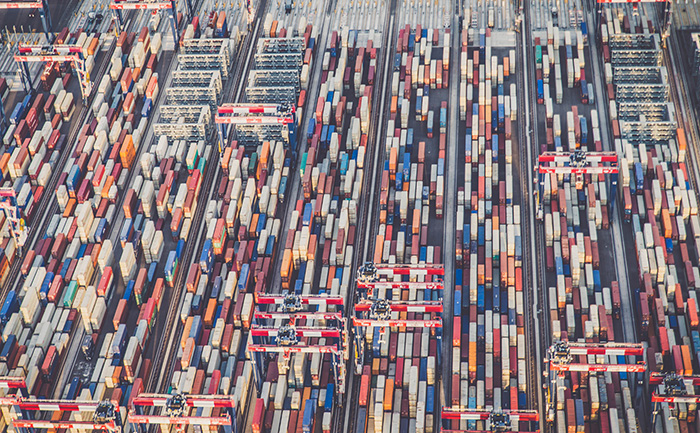 Hackett Associates projects 2.5 percent year-over-year growth in US container imports in 2019, down from 6.2 percent in 2018. Photo credit: Shutterstock.com.

Two weeks before shippers and carriers convene in Long Beach to hash out 2019-2020 service contract issues at the TPM Conference, early indications are that freight rates on US imports from Asia will increase 20-25 percent in the contracts that take effect on May 1.

At a JOC webinar Thursday, Alan Murphy, CEO and partner at SeaIntelligence Maritime Consulting, said that based on a SeaIntel model that uses current spot rates as an indicator, he predicts a 20 percent increase in 2019-2020 service contract rates from last year’s level of about $1,200 per FEU to the West Coast and $2,200 per FEU to the East Coast. Conversations with several non-vessel-operating common carriers (NVOs) and another industry analyst peg the West Coast rate at about $1,350 for the largest retailers and $100 or higher for other importers, although some carriers are reportedly still holding out for a base rate closer to $1,500 per FEU to the West Coast.

Those projected base rates do not include a bunker fuel surcharge that carriers will most likely add around Jan. 1, 2020, when the International Maritime Organization’s (IMO’s) global mandate for use of low-sulfur fuel takes effect. Most of the 2019-2020 service contracts that US importers have already begun to negotiate with carriers will run from May 1 through April 30, 2020.

Murphy told a JOC webinar Thursday that in recent years there has been a “very strong relationship” between spot rates listed on the Shanghai Containerized Freight Index (SCFI) and the service contracts that carriers negotiate with customers. Unlike spot rates, service contract rates vary based upon volume commitments from shippers. According to the SeaIntel model, the current spot rate “suggests a 20 percent increase,” Murphy said. The model in the eastbound Pacific has generally been accurate since 2009, he said. In the 2018-2019 contracts signed last spring, the base rate from major ports in Asia to the West Coast was reportedly about $1,200 per FEU, with the largest retailers paying about $1,150 and smaller beneficial cargo owners (BCOs) about $1,300. East Coast rates were about $1,000 per FEU higher.

The IMO low-sulfur fuel mandate, which will kick in about mid-contract, adds considerable uncertainty to carriers’ costs, and how they individually decide to pass on at least some of those costs to customers remains unclear. The vast majority of containerships are expected to burn fuel with a sulfur content of 0.5 percent, but some carriers are installing scrubbers on vessels so they can continue to burn today’s bunker fuel with a sulfur content of 3.5 percent. Conversations earlier this year with NVOs, BCOs, and analysts projected an increased cost to carriers of less than $100 per TEU to more than $300, an indication of the uncertainties involved in projecting crude oil and bunker fuel costs 10 months in the future. The SCFI spot rates, published on the JOC Shipping & Logistics Pricing Hub, were $1,834 per FEU to the West Coast and $2,968 per FEU to the East Coast as of Feb. 15. SeaIntelligence has developed a model that correlates the SCFI spot rate at this time of year with the rates in service contracts that take effect on May 1.

Murphy said it is assumed that low-sulfur marine gasoil will continue to trade at its current premium of +50 percent over high-sulfur fuel. The current fuel price is about $424 per metric ton. However, he added that it is difficult to reliably predict oil prices, and no one knows what the premium will be for low-sulfur fuel. Each carrier is expected to develop its own bunker adjustment factor (BAF). To date, at least four carriers have announced proposed BAFs based on trade lane and the price of high-sulfur fuel at the time. To give just one example, if high-sulfur fuel is priced at $400 per metric ton, the Asia-West Coast BAF announced by Maersk would be $195 per TEU. Mediterranean Shipping Co. listed a BAF of $200, Murphy said.

As a possible preview of what might happen, Christian Sur, executive vice president, sales and marketing, at Unique Logistics International, noted that in the China Emissions Control Area (ECA), where 0.5 percent fuel is already required, carriers are levying origin surcharges of $20-50 per TEU. Murphy said that if carriers later this year add a low-sulfur fuel surcharge of 10-15 percent, “That is reasonable.” However, a 50 percent surcharge would not be reasonable, he said.

Service contract negotiations this spring will also be more complex than in recent years due to the ongoing US-China trade war and the front-loading of spring merchandise in late 2018 as importers and manufacturers shipped early to get ahead of the Trump administration’s 25 percent tariffs on more than $200 billion of imports from China that had been scheduled to take effect on Jan. 1. US and Chinese negotiators have pushed the deadline back to March 1, and they continue to attempt to reach an agreement that would avoid US tariffs on imports from China.

The front-loading of imports from China resulted in unusually strong imports in late 2018 and contributed to overall US import growth of 6.2 percent in 2018, said Daniel Hackett, partner at Hackett Associates. This makes projecting import growth for 2019 more difficult, but it is expected that year-over-year comparisons will be down from what economists had previously forecast. Hackett also noted that the International Monetary Fund has lowered its earlier forecasts for economic growth in the US, China, and the European Union. Disappointing growth in 2018 holiday sales and declining consumer confidence point to slower growth in imports this year.

Hackett projected US import growth this year at 2.5 percent. However, the Global Port Tracker, which is published by Hackett Associates and the National Retail Federation, projects relatively strong year-over-year import growth in the first half of 2019 because comparisons will be with the period before front loading of imports took place last year. Hackett noted that July, August, and October were all-time record months for imports at East Coast ports, and July, September, and October were record months on the West Coast, hence the moderate outlook for overall annual growth. The Global Port Tracker projects year-over-year import growth of 5.7 percent in February, 3.8 percent in March, 7.7 percent in April, 3.4 percent in May, and 0.3 percent in June.

Murphy said that as in past years, BCOs this year will attempt to use their volume commitments to exert leverage in contract negotiations, for both the base freight rates and the fuel surcharges that will come from the IMO low-sulfur fuel mandate. However, he reminded shippers that carriers in 2018 responded to gloomy demand forecasts early in the year by removing vessel strings, and more recently with blank sailings during the Lunar New Year slack period, so a repeat of those measures could occur this year if BCOs play too tough on rates. “Carriers showed in the 2018 peak season they are ready to cut capacity deeply in order to get rates up,” Murphy said.

Shipments were rolled in Asia last year when carriers reduced capacity by suspending three weekly services to the West Coast and one to the East Coast, and then managed capacity further through blank sailings, which resulted in overbooking of vessels and steep surcharges to get shipments on to vessels. “Shippers get frustrated for not getting committed space, but even more upset when they are not properly informed, and at least communicated on alternate plans or other options by carriers,” Sur noted.

Similar tensions could arise later this year if carriers are not able to pass on some of their higher costs due to the low-sulfur fuel mandate. “They will be forced to lay up significant tonnage, with massive disruptions to service networks,” he said.