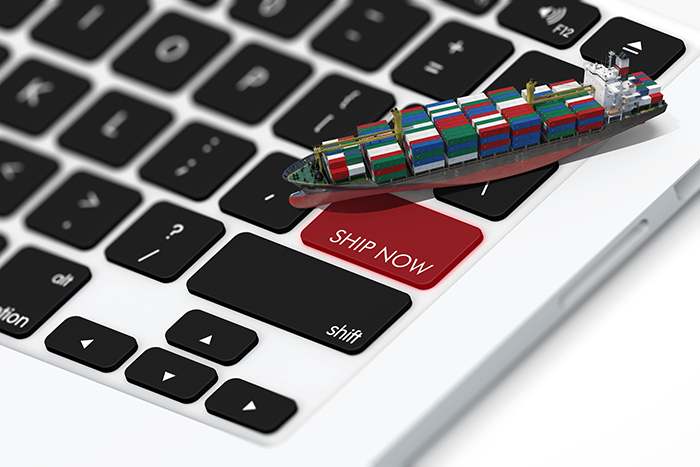 Digitalization will allow mutually enforceable transactions to become the norm in container shipping, potentially eliminating the 25 percent of booked containers still failing to appear at the dock. Photo credit: Shutterstock.com.

Once the crisis caused by the corona­virus disease 2019 (COVID-19) has come and gone, once economies and trade volumes have recovered from the deep trough they’ve been plunged into, it’s inevitable that the container shipping industry will do even more business digitally.

That will include freight transportation, where, in just a few months, an acceleration in digital adoption is evident due to the impossibility of conducting traditional in-person business. At the same time, the burgeoning array of tools reducing costs by substituting digital for human sales channels, with the added benefit of making vendors easier for customers to do business with, is becoming more attractive.

But while digitalization and significant resulting impact may be inevitable, what that impact will be remains far from clear. It could be the industry evolves as airlines have, with pricing being specific to the customer and changing on a minute-to-minute basis. It could be that e-commerce becomes disruptive, upending what has long been a delicate relationship between carriers and forwarders.

Prior to COVID-19, container shipping already had seen a rapid uptake in usage of online tools offered by the likes of Maersk Line, Hapag-Lloyd, CMA CGM, and most recently, Evergreen and Cosco Shipping. Building on longstanding online booking tools offered by INTTRA (now part of E2open), CargoSmart, and Infor Nexus (previously known as GT Nexus), shippers can tap into carriers’ digital platforms to confirm space on ships and equipment. In other words, shippers and forwarders are gaining some of the same ability to complete a shipping transaction via computer or mobile device that air travel passengers have enjoyed for years.

The Maersk Spot online booking tool earlier this year accounted for 12 percent of spot cargo at Maersk, while the run rate of the Hapag-Lloyd Quick Quotes product was 9 percent of bookings, according to industry analyst and JOC.com contributor Lars Jensen. That rapid growth signals “the industry has left the phase of digital experimentation and entered the phase of actual digital product uptake with genuine commercial impact,” he said.

But to what end? Will e-commerce in the container space be a force for solving longstanding problems, set the stage for disruption, or both?

Digitalization will allow for game-changers, such as the ability for mutually enforceable transactions, to become the industry norm. That’s far from the case today, with some 25 percent of booked containers still failing to appear at the dock and few repercussions for no-shows.

Fixing the chronic overbooking and no-show issue, in turn, opens the door for carriers to price dynamically based on micro-factors, such as supply and demand on an individual vessel or the actual cost of supplying a container to a particular shipper, improving profitability.

If there is one original sin of the industry, it’s a fundamental lack of integrity in freight contracts. E-­commerce tools such as Maersk Spot and the New York Shipping Exchange (NYSHEX) are beginning to address that by adding an enforceable element to the carrier-shipper pact. It may be a mere two-degree turn for a supertanker, but it’s turning.

The NYSHEX platform has seen an increase in total volume and the size of each contract booked in the first three months of this year. Compared with a year ago, total volume quintupled to 27,985 TEU in the first quarter, while the average size of contracts jumped from 37 TEU to 466 TEU in the same period, showing that mutual enforceability is extending from spot into the contract environment.

But the caveat is that digital booking tools being rolled out need to be premised on mutual enforceability, which isn’t necessarily a firmly established principle as the industry moves into an era of true e-commerce, according to Downes.

“If carriers do spot pricing where it’s just a price and not a commitment, it is a very dangerous proposition for both the carrier and for the shipper,” he said. “Can you imagine a situation where the airlines offered prices on their websites where the terms of the ticket were not enforced, there is no obligation on the part of the customer to use the seat, and no commitment by the airline to give the customer the seat? It would be pandemonium.

“As you get closer to the trip, you as the customer would look to see if there were cheaper prices, and as you found cheaper prices, you would buy the cheaper tickets,” Downes said. “That would result in a lot of no-shows, and a situation where the airlines have no choice but to overbook each flight. Exactly the same thing happens with container shipping, but as pricing becomes digital, if there is no two-way commitment, the age-old vicious cycle will spin even faster.”