Optimism, and questions, about US-Cuba shipping

Optimism, and questions, about US-Cuba shipping 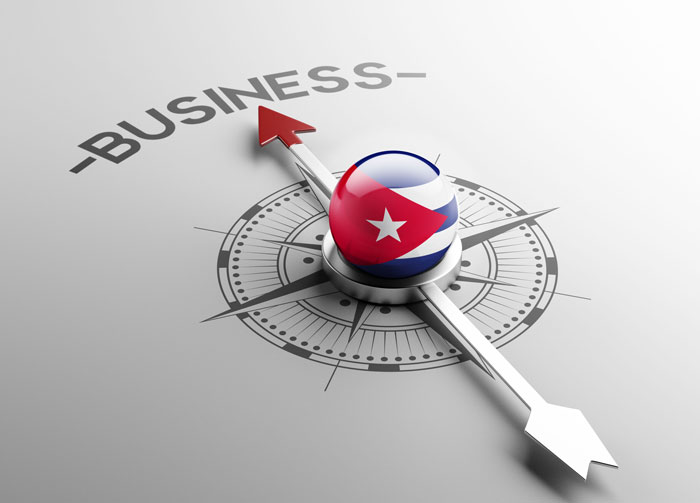 WASHINGTON — When shipping executive Jay Brickman headed to Miami International Airport early Wednesday for his 50-minute charter flight to Havana, he had no idea President Obama was about to publicly end half a century of U.S. hostility toward Cuba. By the time Brickman had boarded his plane, the whole world knew.

“I had planned this trip before, so this makes it even more productive once we’re there,” said Brickman, vice president of Jacksonville, Florida-based Crowley Liner Services.

The company’s service to Cuba was launched shortly after the Cold War-era U.S. trade embargo was revised to permit U.S. companies to export agricultural commodities to the island for humanitarian reasons. U.S. imports from Cuba remain banned.

The limited exemption for exports, and possibly the 53-year-old embargo, may become a thing of the past if Obama gets his way. But ending the embargo would require congressional action, something that’s politically questionable.

Much will depend on how quickly the Treasury Department’s Office of Foreign Assets Control (OFAC) relaxes its rules on Cuban access to U.S. banks and the financing of authorized trade. In 2005, the Treasury Department clarified its interpretation of the law by stating that U.S. agricultural exports must be paid up front in cash, through third-party financial institutions.

“That’s been a big impediment,” said business consultant William Gotimer Jr., former co-CEO of Trailer Bridge, which operates between the U.S. mainland and Puerto Rico. “Removing the restrictions on banking and mechanisms for payment will make it much easier to conduct trade.”

Stewart said the company’s shipments to Cuba declined after the financing restrictions were imposed. He noted that the restrictions are an obstacle that other countries don’t face on exports to Cuba.

“We all have more questions than answers,” said Brickman, who’s been to Cuba more than 60 times since his first trip to the island in 1978. “OFAC says it’s going to change some of its regulations, but I don’t know what that means. Until we see what those changes are, we’re really not sure what the impact will be.”

Brickman said there are additional questions about Cuban authorities’ import restrictions. “Right now, it’s probably a good time to be calm, sit back and make sure we all understand what the new regulations are,” he said.

Even with the current limitations, there is a modest volume of U.S. exports to Cuba. Crowley remains the only ocean carrier with regular liner service to Cuba, but several operators, such as Dan-Gulf and Mobile, Alabama-based Crimson Shipping, serve the island with chartered vessels.

Last year, U.S. exporters shipped $348.7 million worth of frozen chicken, soybeans, corn, frozen pork, butter and other commodities to Alimport, Cuba’s food purchasing agency. That was down from $457.3 million in 2013 and was less than half of the $710.1 million exported in 2008.

Total food sales to Cuba since the law’s enactment came to nearly $4.7 billion, according to U.S. Commerce Department figures.

David Lewis, vice-president at Manchester Trade Ltd., said the real issue for increased trade is how quickly Cuba can get access to credit through U.S. banks. “Cuba does not have the cash in hand to buy more from the United States, so it buys mainly from countries that give it credit, like Brazil and Canada. But none of them are as competitive or attractive as U.S. goods.”

Lewis told JOC.com  that while lifting the embargo requires an act of Congress, credit financing is an executive action.

“This is where the lawyers are going to start splitting hairs over the next few weeks, just like they did on immigration,” he said. “Cuba still cannot sell goods to the U.S. That would require an end to the embargo. No matter how attractive the shipment of U.S. goods to Cuba might be, for anybody in business, if those ships come back empty, it’s still a very costly exercise.”

Dan-Gulf’s Stewart acknowledged the political issues but said lifting barriers to U.S.-Cuba relations makes business sense. “Today Cuba’s No. 1 trading partner is Canada,” he said. “That cargo moves by water, and there’s a lot more water between Canada and Cuba than between the U.S. Gulf Coast and Cuba.”

Joseph Bonney contributed to this article.

Larry Luxner can be reached at Larry@luxner.com.