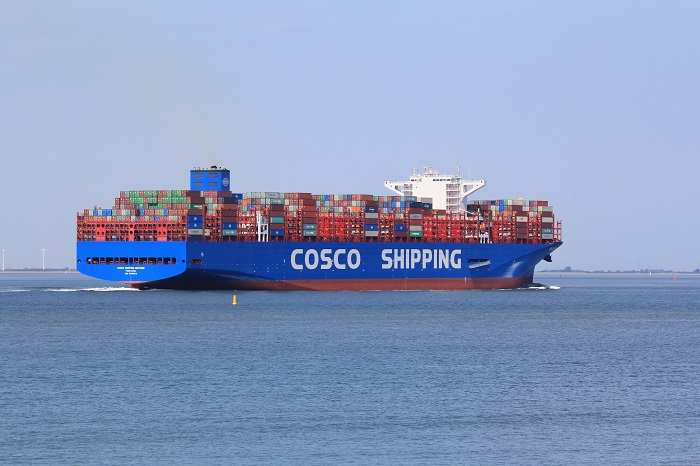 Since Cosco’s overseas operations have not been affected, communication with US offices is able to take place, although at a slower pace, according to Cosco senior vice president Howard Finkel. Photo credit: Shutterstock.com.

Cosco Shipping’s US operations were hit Tuesday with a cyber attack that is compromising the ability of the carrier to communicate with its vessels, customers, vendors, and marine terminals.

Since Cosco’s overseas operations have not been affected, communication with US offices is able to take place, although at a slower pace. “We [have] got work-arounds in place,” said Howard Finkel, senior vice president of trade. He said Cosco’s overseas offices informed customers of the attack. Communication is taking place via phone and hard-copy transmissions.

It is uncertain at this time how long it will take to restore full operations. In 2017, Cosco was ranked sixth in US imports and eighth in US exports (prior to the OOCL merger). The Maersk Group was hit with a cyber attack in June 2017, which affected its global shipping and terminal operations and prevented the largest container line from reaching its 2017 financial goals.

“We were not able to deliver on the guidance of a $1 billion improvement in our 2016 profits, mainly because of the cyber attack,” Maersk Group CEO Søren Skou said in a February earnings report. The attack caused a loss of $250 million to $300 million, the company stated.

Cyber attacks will most likely become more frequent now, so ports, terminal operators, carriers, and shippers must take precautions to reduce their exposure, and businesses should have recovery plans in place, the JOC Port Performance conference in Elizabeth, New Jersey, was told in December. Lars Jensen, CEO of CyberKeel, said the good news is that many businesses now acknowledge that the threat of cyber attacks is real and growing, but the actions they are taking to guard against attacks are insufficient.

Despite the increased attention being paid to cyber security in the maritime sector, however, the size and scope of the threat is still largely unknown, due in part to shipowners’ reluctance to share their experiences, according to BIMCO’s Phil Tinsley, speaking on the issue during London International Shipping Week last year.

Shippers have limited ways to protect against next cyber attack