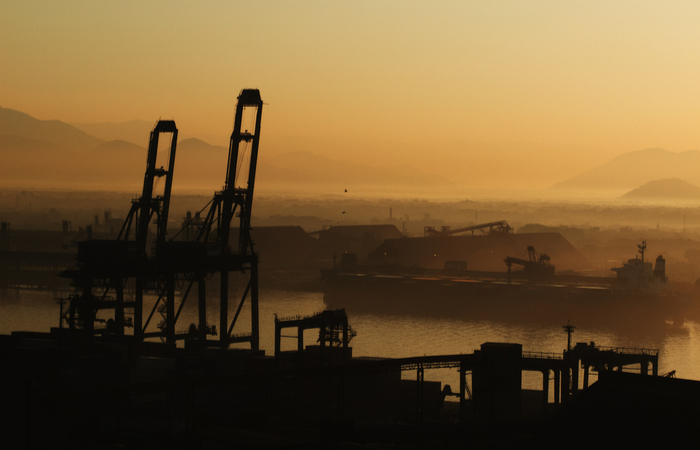 The Port of Santos is one of five Brazilian ports linked to the US Gulf Coast by the new Cosco Shipping service. Photo credit: Shutterstock.com.

Cosco Shipping has launched its first service between North America and Latin America, even as containerized trade growth between the United States and South America last year fell to its lowest point in three years.

The BZX route, which started in February, is running 3,500 TEU vessels on a route that links the US Gulf Coast to Mexico, the Caribbean, and Central and South America, the carrier said.

Cosco, in a statement, said the BZX route would be “the artery” of its network in the region.

“It connects the existing regional routes, just like a necklace stringing the pearls scattered along the coast of the Americas and the Caribbean,” the statement said.

The first ports of call are New Orleans and Houston, followed by Veracruz in Mexico and Kingston in Jamaica. Other stops include Manzanillo in Panama, Cartagena in Colombia, and five Brazilian ports: Salvador di Bahia, Santos, Paranagua, Itajai, and Manaus.

Container trade between the US and Latin America as a whole increased 0.7 percent in 2019 over the year before, to 5.06 million loaded TEU, after an increase of 4.6 percent in 2018, according to PIERS.

By dollar value, trade between the US and Latin America fell 1.35 percent in 2019 to $884 billion, according to the World Trade Atlas, a sister publication of JOC.com within IHS Markit. Imports were approximately flat and exports fell 2.5 percent, it said.

Cosco is a relatively small player in US trade with South America. The carrier was 14th  in the top 15 container lines ranked by US imports from South America, and ranked 10th by US exports to South America, according to PIERS.