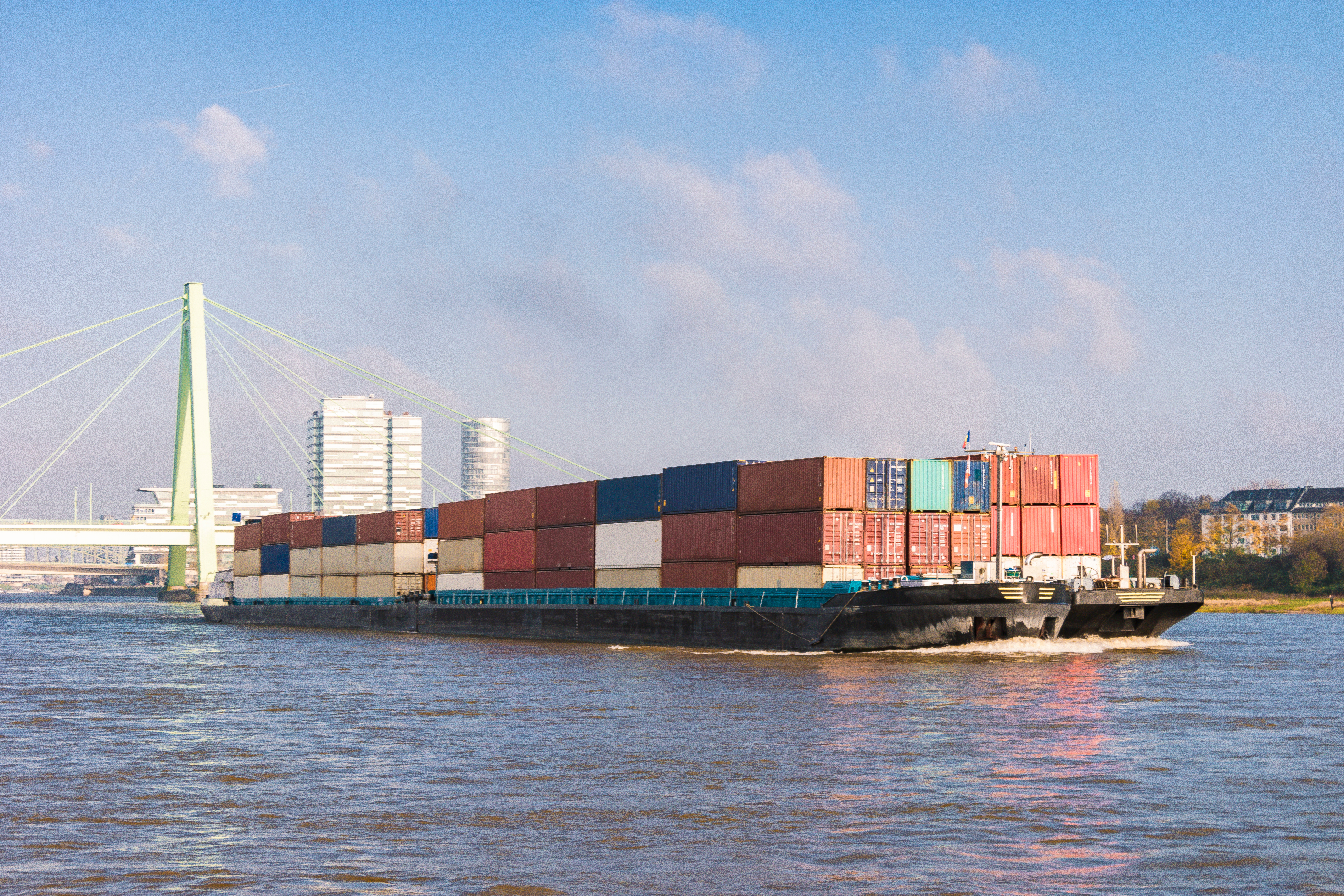 The first low water surcharges of the year are being imposed on European barge cargo as Rhine River levels fall earlier than usual, raising concerns that a long, dry summer will repeat the bottlenecks experienced at the end of last year.

Water levels on the Rhine, Europe’s main waterway, typically begin to fall at the start of the summer, but a dry spring has seen river levels measured this week at Kaub in Germany, not far west of Frankfurt, dropping below 130 centimeters (4.3 feet), triggering low water surcharges from Hapag-Lloyd and Mediterranean Shipping Co.

Hapag-Lloyd told customers that it was implementing the surcharge for import and export cargo with immediate effect as low water levels on the Rhine have “severely affected” barge transport because of draft restrictions. At 130 centimeters, the surcharge is 45 euros ($50) per TEU and 60 euros per FEU.

The carrier also warned that should water levels at Kaub fall below 81 centimeters — last year in December the water at Kaub measured just 30 centimeters — “we regret a loading guarantee for your cargo cannot be granted anymore at that point.”

MSC has had a low water surcharge in place since April 23, applicable to barge or barge-road transport cargo on the Rhine and traveling between the deepsea ports of Rotterdam and Antwerp, and Germany, France, and Switzerland. The surcharge will apply to all river terminals upstream from Kaub, including Frankfurt, Mannheim, Strasbourg, and Basel.

Felix Heger, DHL head of ocean freight, said he was expecting the effects of low water levels on the Rhine to be felt soon, with the reliability of barge transport already worsened by ongoing congestion issues at the ports of Rotterdam and Antwerp.

Heger said customers were being made aware of the potential extra costs or delays involved in barge transportation, and DHL preferred to transport cargo via hinterland hubs that offered intermodal alternatives to barge.

“Some volumes have been shifted from barge to rail already,” he told JOC.com. “Back-up by direct truck service is considered to be the last option as it would impact carbon footprints and we have very strict internal targets on CO2 [carbon dioxide] efficiency.”

Low water surcharges on the inland waterways from service providers work on a steeply increasing scale. At a draft of 80 centimeters, barge operators will impose a low water surcharge of 225 euros per FEU, with the surcharge rising steadily as the river level falls. When the water level fell to 30 centimeters in December, shippers were charged an additional $1,304 per FEU.

One of the largest barge operators in Europe is Contargo, which explained in a report the impact low water has on operations. The barge company said long periods of low water caused serious problems for inland navigation, because as water levels went down, so did the load capacity of inland vessels. Conversely, this meant that more tonnage was required to carry the same amount of cargo and additional tonnage had to be chartered, which became more expensive as the water levels drop and capacity gets tighter. To cover the additional costs, below certain water levels a low water surcharges had to be implemented.

When empty, container barges already have a draft of about 90-130 centimeters. To place in context the capacity constraints to barge transport created by low river water levels, Contargo said that with a Kaub gauge measurement of 135 centimeters, a large motor vessel 135 meters long with a capacity of 500 TEU could only be laden to half capacity, which meant two ships instead of one had to be used to transport the same volume of goods. With a Kaub measurement of 75 centimeters, four ships were required, and if the water level fell just another 20 centimeters, at least six ships would have to be loaded to carry the same amount of goods.

With the Rhine basically shut down late last year, the demand for road and rail freight quickly filled all available capacity, forcing shippers and their forwarders to re-route Rotterdam and Antwerp-bound containers via Hamburg and Bremerhaven and then rail south to Central Europe, an expensive option.

Johannes Barthels, director of European ocean freight for TOC Logistics International, said he had customers last year that paid 1,000 euro extra per container to get their freight out. “But sometimes that makes sense,” he said.

An IHS Markit report in October last year said manufacturers such as BASF and Solvay, situated in the upper reaches of the Rhine, were not able to receive raw materials. BASF even declared force majeure for some nylon products coming out of its Ludwigshafen plant.