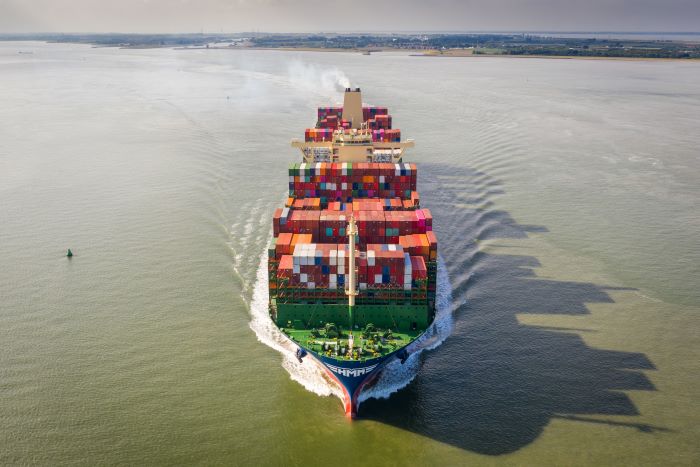 The growing frequency of blanked sailings over the past two years was a warm-up to the explosion of calculated capacity reductions this year in response to the COVID-19 crisis. Photo credit: Shutterstock.com.

Months into the COVID-19 pandemic, it is clear that in facing the most sudden and severe collapse in volumes in their history, container carriers’ unprecedented response in rapidly withdrawing capacity and averting a crash in rates is a historic milestone that sets the stage for a ‘new normal’ for the industry. What is not yet clear is what that new normal looks like.

However, if at their moment of greatest peril the carriers were able to act effectively to protect their interests, then the experience of this year could well establish a precedent. For the moment, it has broken the self-destructive cycle of the decade that followed the 2008–09 financial crisis, during which carriers, largely helpless to impact either supply or demand, resorted to pulling cost levers like building mega-ships and slow steaming, which benefit them but not their customers. It has awoken a long dormant sense of confidence within an industry that its own top executives would regularly describe as “stupid” or “unable to get out of our own way” behind closed doors.

At its most basic level, this new normal — if that is what it truly becomes — means that rates will be higher going forward but instability will decline, a reality that will resonate in different ways.

“For the carriers, this means they can finally look ahead to reasonable profitability. From a shipper's perspective, it leads down a path of a higher degree of stability in terms of pricing and the services offered,” said Lars Jensen, CEO and partner at SeaIntelligence Consulting. “The question is, do you (as a shipper) value rock-bottom rates? If so, you will have a hard time. But if you are looking at a stable environment, that is what you are going to get. After the volatility we have been through, stability in itself is a value proposition.”

Some believe price pressures will eventually reassert themselves, but the magnitude of the change cannot be understated. The growing frequency of blanked sailings over the past two years was merely a warm-up to the explosion of calculated capacity reductions this year in response to the global impact of the COVID-19 crisis.

Prior to June 1, the three east-west alliances had canceled a total of 126 sailings between Asia and North America through August as a result of the impact of the COVID-19 on demand, and 94 on Asia–Europe trades, according to Sea-Intelligence Maritime Analysis. A further 75 sailings were canceled through September by THE Alliance of Hapag-Lloyd, Ocean Network Express, Yang Ming, HMM, and the 2M Alliance of Maersk Line and Mediterranean Shipping Co. (MSC).

Consolidation over the past five years has reduced the number of major container carriers by half and grouped the remaining lines into three vessel-sharing alliances on the east-west trades between Asia, North America, and Europe.

“One of the key changes from 2010 is we have a lot more frequency of sailings now,” Jeremy Nixon, CEO of Ocean Network Express (ONE), told JOC Uncharted. “The carriers have gotten larger and we have fewer consortia, but that allows us to deploy a lot more sailings per week. And that gives us a lot more ability to change up, change down in terms of capacity management.”

The impact on rates is undeniable. According to DHL, citing Drewry data, as of the beginning of June, “spot freight rates on the major trade lanes were all higher than a year earlier”, with Shanghai–Rotterdam pricing up 23 percent, Shanghai–Genoa up 24 percent, Shanghai–Los Angeles up 45 percent, and Shanghai–New York rates rising 8 percent.

“This has been achieved through a collective effort by carriers refusing to repeat past mistakes,” DHL wrote in a June 10 article titled “A ‘new normal’ for container shipping and ocean freight rates.”

If carriers are more disciplined in regard to capacity and in a stronger position financially overall, it means investment will be redirected, and that is where the long-term impact will be felt, according to Rahul Kapoor, a vice-president at IHS Markit and former Bloomberg analyst.

“When things normalize and carriers’ profitability comes back, rather than them going back and building ships, that money will be utilized elsewhere,” Kapoor explained. “After the 2009–10 recovery, those profits went into bigger ships. I don’t think that will happen this time. Instead they will invest in technology and non-vessel-based shipping assets.”

Carriers have long looked with envy at the profits of forwarders, have always desired to own direct shipper relationships, and see themselves as creating supply chain value — and being appropriately compensated — as opposed to being relegated to commoditized tonnage providers.

Even before the pandemic, Maersk had dramatically scaled back investment in new ships in recent years, investing instead in its vision of becoming an end-to-end global integrator of container logistics, as evidenced by its recent acquisitions of customs broker Vandegrift and warehousing and distribution company Performance Team. Stepped-up investment and growing experience with technology is enabling the rollout and rapid adoption of e-commerce tools at Maersk, as well as Hapag-Lloyd, Zim Integrated Shipping Services, and other carriers, which will also have long-term ramifications.

Whatever shape it takes, the post-COVID-19 future of container shipping may end up looking very different from its recent past.