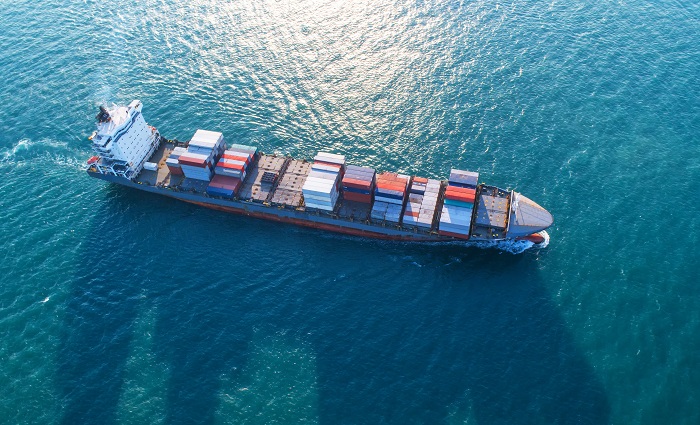 The warning from Singamas is another example of how the tit-for-tat tariffs don’t just expose
shippers to immediate higher costs for shipping but also have a knock-on effect.
Photo credit: Shutterstock.com.

Despite strong demand, the Hong Kong-based firm said Friday that increases in material costs, particularly corten steel, accounted for a marginal interim net loss for the first half of 2018, compared with a $16.6 million profit for the same period in 2017. Although it has a full orderbook through August, Singamas said it was unable to pass along all of its increased material costs to customers, thanks to a very competitive market. It has also been affected by an appreciating Chinese renminbi against the US dollar.

The warning from Singamas is another example of how the tit-for-tat tariffs don’t just expose shippers to immediate higher costs for shipping but also have a knock-on effect. Imports of chassis equipment, for example, face 25 percent tariffs, as forklifts, material handling equipment, and related parts are targeted by the $34 billion in tariffs on goods from China imposed by the United States in early July.

Another $16 billion in proposed tariffs includes a 25 percent tax on international and domestic shipping containers; this proposal is subject to a public comment and review period still under way. The government is also considering a 10 percent duty on container chassis, part of a $200 billion tariff package also under review.

With most containers built by Chinese manufacturers including China International Marine Containers, the world's largest container manufacturer, and Singamas, No. 2, the higher production costs may trickle down to beneficial cargo owners.

The Trump administration’s plan to impose $200 billion of tariffs on Chinese imports would expand the volume exposed by more than a third of inbound containerized trade with China, a sharp escalation of the 5.3 percent of imports exposed to the tariffs that took effect July 6. President Donald Trump on July 19 said he was ready to expand tariffs to all of the roughly $500 billion worth of Chinese imports to the United States.