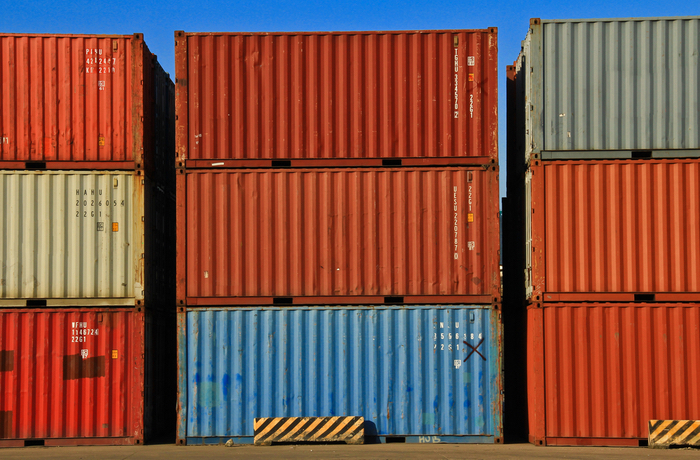 The demand to slow inbound container flows is growing as some retailers and manufacturers fail to pick up containers. Photo credit: Shutterstock.com.

Anticipating potential congestion at global ports as some cargo owners fail to pick up imports, container lines are offering shippers options to mitigate demurrage fees by allowing them to store containers at their properties.

“The program builds on MSC’s ongoing efforts to ensure business continuity and the maintenance of vital container storage services, such as the movement of food, fresh produce, medical equipment, and other essential goods,” the company said.

The SOT program provides potential cost savings for customers faced with high warehousing storage costs at destination, including demurrage, per diem, and other charges, MSC said.

The demand to slow inbound container flows is growing as some retailers and manufacturers fail to pick up containers because warehouses are full or closed due to not being deemed essential service providers responding to COVID-19, or because retailers have requested delayed deliveries at distribution centers.

In a similar offering, APL will dray off US import containers from the container yards of rail ramps to its storage yard, resulting in a cargo owner saving money by avoiding the costlier rail storage fees. Maersk is discussing with cargo owners options to dray-off container or transload into 53-foot container.

Truckers on behalf of the cargo owners can often pick up containers faster from carrier-run storage yards than via rail yards, a forwarder and container line executive told JOC.com Monday.

At the Fenix Marine Services terminal in Los Angeles, where APL and CMA CGM vessels call, there is an adjacent 40-acre lot available for both empties and loaded containers for short or long-term storage, Sean Pierce, president and CEO, told JOC.com Tuesday. Fenix has offered to make the property available to other carriers and terminals. Although he has received some inquiries, other lines have not sent any containers there as of now, he said.

Pierce said the harbor is not experiencing congestion at this time. “Here at Fenix we’re very fluid,” he said.

Hapag-Lloyd has been receiving more requests from US importers asking if there's capacity at the terminals to store containers longer and get more free time, and whether it’s possible to store them off the terminal. Uffe Ostergaard, Hapag-Lloyd’s president, North America, said the carrier is working with customers to allow them to buy extra storage time up front and move containers off the terminal when possible.

“It is not a flood of requests, but it has definitely picked up over the past week and I think they will increase further in the next couple of weeks depending on how the situation evolves,” Ostergaard told JOC.com.

How to Improve OTIF: 15 Tips for On Time and In Full Delivery
END_OF_DOCUMENT_TOKEN_TO_BE_REPLACED