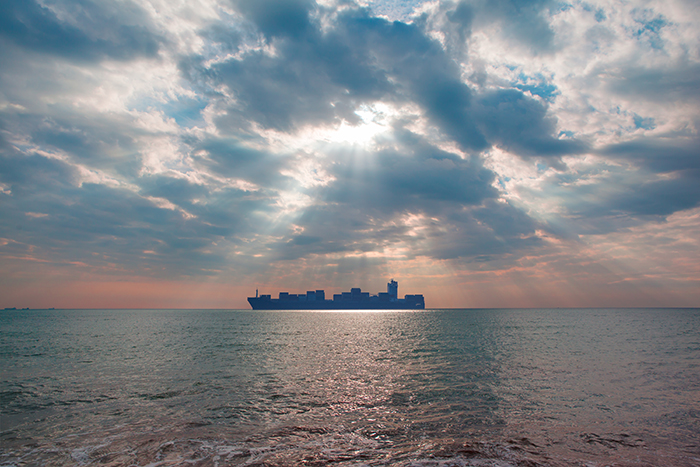 Container lines say their poor earnings through 2016 are sufficient evidence that they did not collude on rates.

After US antitrust investigators subpoenaed major global ocean carriers last week, liner executives say they’re in compliance with regulations and note that suspicions of collusion don’t coincide with the low rates in the market today.

The Department of Justice (DOJ) declined to say why CEOs of major carriers — including the top three global operators Maersk Line, Mediterranean Shipping Co. (MSC), and CMA CGM — were served subpoenas March 15 at the biannual Box Club meeting in San Francisco. Crowley Maritime Corp., which also received a subpoena, said that although the document did not outline any allegations against the carrier or other carriers, “it does reference the trans-Pacific trade.”

A subpoena does not mean the receiver has engaged in illegal behavior. Maersk told JOC.com that it should also not be used to prejudge whatever investigation the DOJ is pursuing.

“Maersk Line is a values driven company with a strong culture of compliance. We are committed to comply with laws and regulations,” Maersk said in a statement to JOC.com. “We train and support our employees, we monitor our compliance, we work with authorities, and engage in regulatory matters. In short, we work hard to comply, also with competition laws.”

Fabio Santucci, president of the US division of MSC, on Tuesday rejected the notion the carrier had colluded on rates, saying that “if there was any collusion in any way, the rates wouldn’t be where they are, and 2016 would have been one of the best years we ever had. That wasn’t the case.”

There are also a number of mechanisms meant to prevent collusion and price-fixing among alliance members, including an alliance operations center that Santucci described as an “independent unit” meant to keep the alliance exclusively focused on operational versus commercial matters, with complete control of fleet management, and access to operational data.

“I think that shields the parties from ever needing to communicate even at the operational level, let alone the commercial side,” Santucci said at the 2017 JAXPORT Logistics & Intermodal Conference in Jacksonville, Florida.

MSC does not publicly disclose its financial reports. Its 2M Alliance partner Maersk, however, reported an annual loss of $376 million in 2016, and Hyundai Merchant Marine, which isn’t a formal 2M member but has a special vessel-sharing agreement with the two, reported a net loss of $3.84 million.

Although fourth-quarter results for all carriers haven’t yet been reported, 12 of the top 25 container lines experienced losses totaling $13 billion through the first three quarters of 2016 alone, according to analyst Dynamar. It’s the greatest hit the industry has taken since 2009, when the top 22 ocean container carriers lost some $11 billion in the first nine months of that year.

MSC, Maersk, CMA CGM, Crowley, and Hapag-Lloyd have all confirmed to JOC.com and other media outlets they were served while executives attended the biannual meeting of the Box Club in San Francisco last week. Although MSC declined to comment further, its alliance partner Maersk told JOC.com its subpoena does not set any allegations against the company.

Richard Craig, president and CEO of the US division of MOL, which declined to confirm receipt of a DOJ subpoena, defended Santucci’s remarks in Jacksonville Tuesday.

“For the people involved in alliance activities, it’s very specific, very clear-cut on what their roles and responsibilities pertaining to the alliance are. Meetings, conversations are well-minuted. FMC [US Federal Maritime Commission] sees all of that. We compete, and compete fiercely, with our alliance partners,” Craig said. “I think that’s all understood. There’s really little hiccups.”

Craig said that MOL has made a strategic effort to avoid scenarios where it could discuss rates with other carriers in the first place, specifically citing its absence from the Transpacific Stabilization Agreement (TSA).

“We kind of shy away from that sort of thing. Any kinds of discussions about rate levels or anything with anybody else out there, we just don’t want anything to do with it,” Craig said. “‘K’ Line also pulled out of TSA. Maybe that says something. I don’t know what.”

Not only is MSC a member of the TSA, which includes nine other carrier members, but the group has been the target of prior DOJ crackdowns.

The federal agency has been skeptical of such group agreements where carriers could potentially collude, including the vessel-sharing agreements, or alliances, that have cropped up as of late.

Outside of price-fixing, antitrust investigators have raised concerns that alliances’ ability to exchange sensitive information could enable members to coordinate domestic third-party services such as stevedores and tug services. The DOJ has regularly raised concerns about the FMC’s approval of the major alliances and those concerns have only been renewed by the recent slew of mergers and acquisitions that has increased concentration within the industry.

Container lines are the world