Container lines can add Cuba port call to US services

Container lines can add Cuba port call to US services 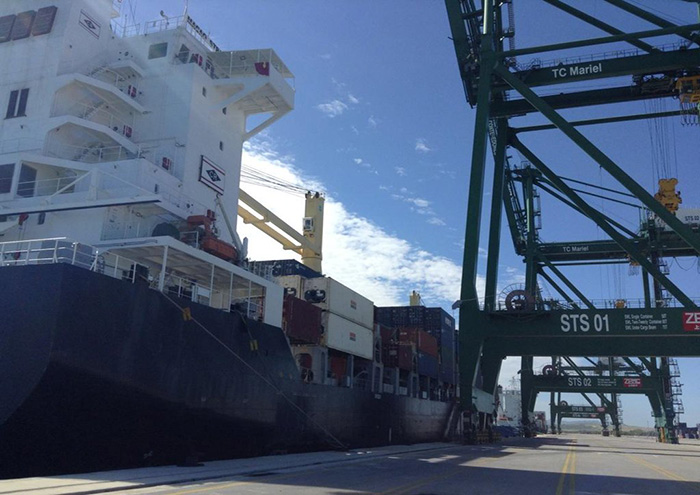 The Obama Administration has made it easier for container services calling the U.S. to add Cuba as port of call, a small step in unleashing container trade between the two countries that has been stymied by a 56-year trade embargo.

The U.S. Department of Commerce’s Bureau of Industry and Security on Tuesday announced it will begin allowing vessels to transport authorized cargo originating in the U.S. to Cuba and then sail to other countries with any remaining cargo that had also been loaded at a U.S. port.

BIS had previously taken the view that containers loaded in the U.S. on a ship stopping in Cuba was considered a “temporary export” that required obtaining a separate license in Cuba even if the container was not offloaded there.

“Cuba does have the potential to act as a transshipment hub for U.S. cargo, in a similar way to how Freeport, Bahamas, does now,” the shipping analyst Drewry has said.

For cargo shipping, the Cuban port focus is squarely on Mariel. The $957 million Container Terminal SA Mariel (TC Mariel) operated by Singapore’s PSA International opened in January 2014. According to Drewry, TC Mariel’s access channel is being dredged to 59 feet to allow passage by ‘New Panamax’ vessels. Skeptics counter that Mariel is not ideal for U.S. transshipment due to its location on Cuba’s northwest coast, requiring a sizeable diversion for container lines.

The biggest catch is the 180-day rule, which bans ships that have stopped in Cuba from calling at a U.S. port for 180 days except under certain circumstances for which a special license is required, such as the delivery of agricultural or medical goods.

At the same time, the U.S. Department of the Treasury’s Office of Foreign Assets Control is expanding its existing authorization for a “business presence” that would allow U.S. subsidiaries of international carriers to establish agencies in Cuba.

The changes, which go into effect March 16, are the latest round of coordinated actions between BIS and OFAC that began last year and are aimed at restoring economic and diplomatic ties with Cuba. They come just days before a planned visit to the Caribbean nation by President Obama.

“From a practical point of view, I think it’s mostly going to be useful in easing some of the barriers and paperwork for companies that are already well versed in dealing with moving goods to Cuba,” Francesca Guerrero, a lawyer with Winston & Strawn specializing in international trade, said. “It should make things marginally easier for carriers. Getting a license takes time, so this could remove some of those delays.”

Guerrero’s colleague, Charlie Papavizas, a maritime expert at the firm, said the move represents a “further liberalization” of cargo transport in the region, particularly for the container trades.

The OFAC rule change also allows Cubans to open U.S. bank accounts and U.S. banks to process transactions involving Cuba or Cuban nationals, removing a major hurdle to trade. Previously, exports have had to be paid for up front in cash, through third-party financial institutions.

“It seems to facilitate voyages moving between the U.S. and Cuba and to help U.S. subsidiaries of foreign companies that want to engage in trade there,” Papavizas said.

Some Gulf Coast ports, such as Mobile, have already gone on trade missions to Cuba in an effort to build relationships and business on the island, which was a large market for Gulf ports prior to the embargo.