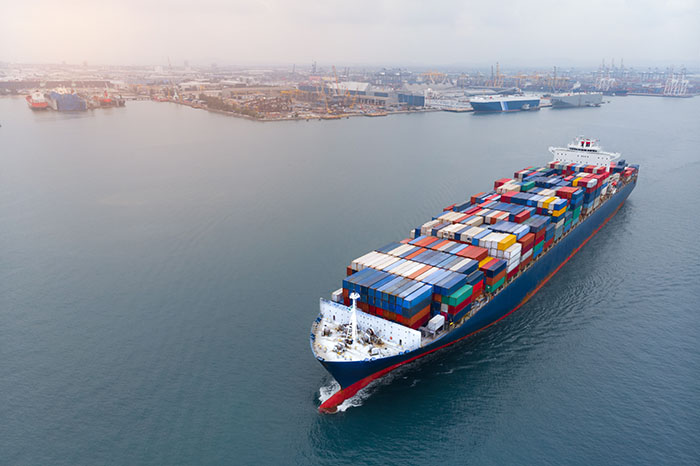 Container shipping this year will continue to evolve away from its volatile past, with carriers taking more control of a market that, for most of the post-financial crisis era, they have been mostly helpless to influence.

The most outward manifestations of this are carriers’ growing conservatism in ship ordering. The global orderbook is the lowest in 20 years, according to investment research firm Jefferies. That, coupled with carriers’ growing proficiency in flexing short-term capacity through blank sailings, marks the biggest change the market has seen in recent years. Keynoting the first TPM in 2001, then-CEO of APL Flemming Jacobs noted that container capacity allowed for what was then a much more pronounced peak season, and as a result “it’s impossible for [carriers] to adjust to short-term changes in the supply and demand picture.”

Today, the situation couldn’t be more different. With fewer carriers and fewer and larger alliances — and more strings within those alliances — blanking a single sailing has nowhere near the disruptive impact it would have had in earlier days. At the same time, the act of blanking can lower capacity in any given week and, by extension, influence rate levels. Carriers blanked 253 sailings in the east-west lanes alone during 2019, according to Drewry, a massive increase from the 145 instances in 2018. And yet, there was no widespread outcry among shippers about excessive rolled cargoes.

Carriers’ growing experience in reducing short-term capacity without having to resort to major decisions such as eliminating full services is a profound change in the market that will help the carriers absorb blows that in the past would have wiped away profits like a dust rag. In particular, in the coming year it will help to soften the blow of new capacity as well as capacity re-entering service following scrubber installations.

According to Alphaliner, the global inactive container ship fleet is forecast to reach a record of more than 1.6 million TEU in February, due to “an unprecedented number of blanked sailings planned after the Chinese New Year holidays this year.” As ships come out of scrubber retrofits, especially in the first half of 2020, “Carriers will have to manage the increased fleet carefully to avoid adding too much capacity to the market this year,” the analyst said. It can reasonably be expected that carriers will succeed in exercising such caution, with the result that analysts such as Drewry, which in prior years were skeptical of carriers’ ability to effectively manage the arrival of new capacity, now concede they are doing exactly that.

“Even if some of the big newbuilds don’t arrive next year as planned, there will be a significant amount of new capacity entering the market,” Drewry wrote in January. “However, that could have been said in most recent years, and, despite the standard early-year fears of a capacity glut that will flood the market and depress rates, the reality is that lines are very adept at switching capacity around and hiding it when necessary.”

This newly “battle-hardened” industry “should be able to return solid, if unspectacular, results and continue to prepare the ground for a better future,” Drewry said, echoing the view that the carrier industry is slowly but surely getting its act together.

Despite what several sources have described as a slow runup to the early Chinese New Year, the outlook for carriers in the trans-Pacific trade is relatively stable, the analysts said. Noticeably, that includes a relatively low risk at this point that the International Maritime Organization’s (IMO's) low-sulfur rule that took effect on Jan. 1 won’t end up taking a huge toll on carrier profits this year. Carriers’ confidence about being able to weather the IMO 2020 implementation was evident in the industry’s silence when other shipping sectors argued for the deadline to be delayed.

“Overall risks are clearly receding for 2020, and we expect the sector to perform better than last year and profitability to chug along at a modest pace,” said Rahul Kapoor, vice president and global head of commodity analytics and research in the Maritime & Trade division of IHS Markit, parent company of JOC.com. On IMO 2020, the former Bloomberg shipping analyst said carriers “seem to be doing OK.”

Nevertheless, if the IMO 2020 situation were to turn against the carriers — and some carriers are still nervous about obtaining adequate compensation in upcoming contract negotiations — some are convinced blanked sailings will come to the rescue yet again, underscoring how profoundly this practice has altered the market. As research firm Sea-Intelligence Maritime Consulting noted in early January, “If carriers are not able to cover the increasing oil costs from IMO 2020, they will start to cull capacity, in order to push freight rates up, effectively having the supply/demand balance pay for the oil costs, if the [bunker adjustment factor] can’t do it.”