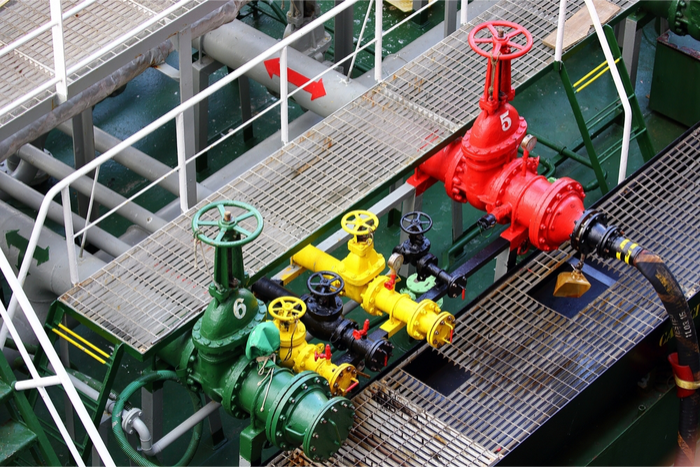 The price of Brent crude, which comprises more than half the world’s traded supply, reached $71.23 in April and this month is at $71.42 per barrel, up 17 percent since January. Photo Credit: Shutterstock.com.

The emergency bunker recovery surcharge (EBS) will make a comeback in June, even as the container shipping industry lurches closer towards the low-sulfur fuel cap that will be imposed from Jan. 1, 2020.

CMA CGM has announced that it will impose an additional $55 per dry TEU and $85 per reefer TEU loaded in origin ports from June 10. The carrier said the EBS was based on the Brent crude oil price that has risen through April and the surcharge would be in place “until further notice.”

While CMA CGM is the first carrier to implement the EBS this quarter, other carriers are likely to follow. In June 2018, CMA CGM was one of six shipping lines to impose the surcharge, along with HMM, Maersk Line, Mediterranean Shipping Co., Zim Integrated Shipping Services, and Ocean Network Express. Hapag-Lloyd labeled their EBS an operations cost surcharge that was implemented on June 15 but not for China exports.

The price of Brent crude, which comprises more than half the world’s traded supply, reached $71.23 in April and this month is at $71.42 per barrel, up 17 percent since January.

“Considering the rise in oil prices recorded in April, CMA CGM Group has decided to re-implement the measures to pass on this rise,” the carrier said in a note to customers.

There was widespread unhappiness among shippers when several carriers implemented the emergency bunker surcharges in May and June last year on top of existing bunker adjustment factors (BAF). It was just as the US trade war with China and the European Union was kicking off and amid the uncertain impact on trade carriers were also facing mounting financial pressure from soaring fuel costs.

Despite pressure from shippers and forwarders, carriers were in no mood to negotiate and rolled out the surcharges worldwide that they maintained were necessary to recover costs.

Carriers face a steep challenge in recouping emergency bunker fuel because contractual agreements limit shippers’ exposure, and competition among carriers gives shippers leverage in rejecting any “emergency” fees. Alternatively, shippers can threaten to take their cargo to another carrier and take action if they do not get their way.

Overshadowing the surcharge is the International Maritime Organization’s low-sulfur fuel mandate that carriers estimate will add $10 million to $15 million to its annual fuel bill. Carriers are adamant that the costs will be passed on to shippers and six global container lines — Maersk, MSC, CMA CGM/APL, Hapag-Lloyd, Orient Overseas Container Line (OOCL), and Ocean Network Express (ONE) — have separately outlined revised BAFs that replaced the old formulas on Jan. 1 this year.

However, price remains the great uncertainty. Carriers will start making the transition from heavy fuel oil to the 0.5 percent low-sulfur variant in the fourth quarter. Only when carriers start actually using low-sulfur fuel later this year will the demand and the price be established, allowing the bunker adjustment factors (BAFs) to kick in.