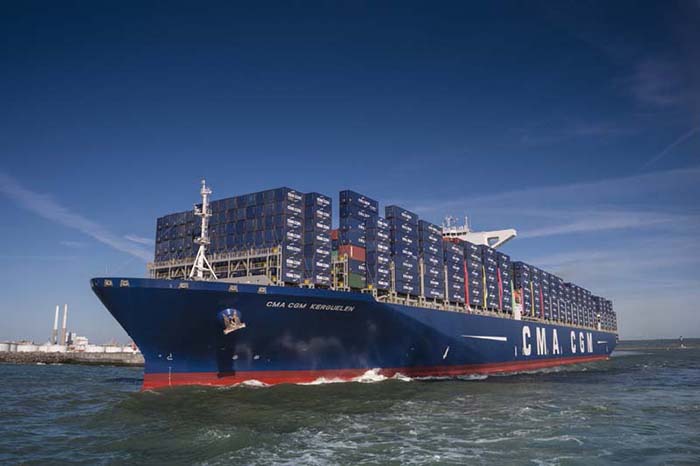 HONG KONG — CMA CGM moved a step closer to acquiring Neptune Orient Lines after entering into an exclusivity agreement with the Singapore carrier that could see a formal offer made in early December.

NOL and its largest shareholder, Temasek-controlled Lentor Investments, have granted the French line exclusivity until midnight on Dec. 7 to complete due diligence and negotiate an offer, the Singapore-listed group said in a filing to the exchange made at the weekend.

The deal appears to rule out any involvement by Maersk Line, named earlier in November by NOL as another party interested in its acquisition. APL conducts NOL's primary container line business.

NOL said in its filing there was no assurance the negotiation would result in an agreement to acquire the company, but the agreement is the furthest any shipping line has progressed toward taking over the loss-making Singapore-listed line.

The price of NOL will be a critical part of the acquisition, and few analysts are bullish about the deal. Drewry said NOL has an enterprise value close to $4.3 billion with debt of around $2.9 billion, down from $5.3 billion at the end of last year following the sale of APL Logistics.

However, Drewry recently concluded that NOL was not a particularly attractive proposition with APL accounting for 100 percent of revenue following the sale of its APL Logistics unit earlier this year. The analyst said that APL has been losing money for a long time and that its wealthy parent company was under no financial pressure to sell at a discount price that might tempt buyers.

“We stand by our assessment of NOL — the company lost another $66 million in Core EBIT in the third quarter and is on course for five-year operational losses from its liner division of over $1.1 billion — but it seems we misjudged the willingness of other carriers to pass on the chance to acquire a loss-making competitor possibly at a low price,” Drewry noted.

Acquiring NOL would allow CMA CGM to boost its eastbound trans-Pacific market share from 3.9 percent to 6.75 percent, according to an analysis by PIERS of each carrier’s market share in the first nine months of 2015. PIERS is a sister product of JOC.com within IHS. Maersk, which had a 4.1 percent share in the lane in the same period, would increase its share to 6.93 if it acquired NOL, according to PIERS.

The NOL acquisition is also attractive to CMA CGM because of the company’s nine container terminals, including six in Asia, two in the U.S. and its 20 percent stake in the new Maasvlakte 2 Terminal in Rotterdam.

How to Improve OTIF: 15 Tips for On Time and In Full Delivery
END_OF_DOCUMENT_TOKEN_TO_BE_REPLACED