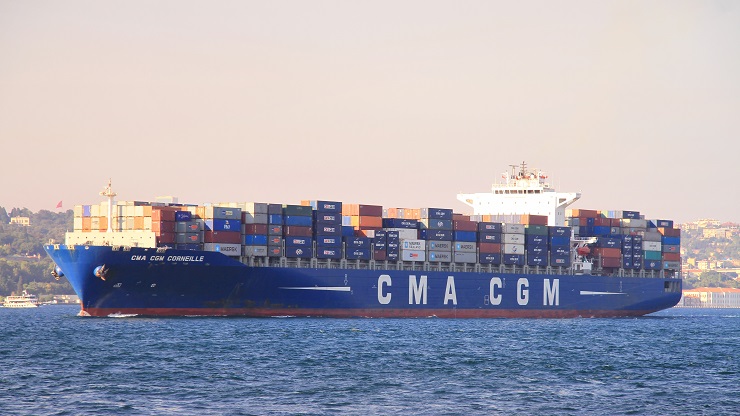 CMA CGM has announced plans to acquire intra-Europe specialist Containerships, a targeted acquisition that is aimed at expanding its presence in the continent’s regional container shipping and logistics market.

Finnish multimodal carrier Containerships will add a Baltic, Russia, and North Europe logistics focus to the regional European network of CMA CGM subsidiary and Hamburg-based carrier MacAndrews. Deal terms were not disclosed and the acquisition is subject to regulatory approval.

CMA CGM believes expanding into land routes with supply chain services is the key to maintaining growth following the consolidation of the container shipping market. In addition to Containerships and MacAndrews’ regional ocean routes, both bring a wide range of logistics services that offer container transport by shortsea ship, truck, rail, and barge.

Given the continued oversupply in the container shipping market, product differentiation is key to breaking away from commodity-level returns, according to Steve Saxon, partner at McKinsey & Company Shanghai.

“One way to differentiate the product is to integrate deeper into the landside. Being able to provide priority terminal handling [and] seamless visibility as it moves onto rail and trucks does meet customers’ needs, and lead[s] to a higher willingness to pay,” Saxon said. “We would expect, therefore, to see more partnerships, or even vertical integration, between liners and terminals, and liners and logistics companies.”

Containerships will also bring into the CMA CGM fold terminals in Helsinki, Finland, and St. Petersburg, Russia, to add to the carrier’s controlling share of container port operator Terminal Link. This fits with the integrated strategy the carrier is aiming for as it seeks growth in an increasingly commoditized business, and the carrier has launched a new customer approach in which it will supplement its shipping services with inland and logistics offerings.

Many shippers are looking for end-to-end packaged solutions, and CMA CGM believes that as an asset owner in ships and terminals, it can create value in competition with forwarders who have long offered such services from a non-asset or light asset business model. The carrier’s announcement in February that it will build and operate, under the CMA CGM brand, a 107,000-square-foot cold storage facility at the DP World London Gateway Logistics Park — to be in operation by mid-2019 — is evidence of the company moving beyond the traditional boundaries of a container line.

This is a path Maersk Line has been following since announcing in 2017 that it planned to become a global integrator of container logistics with customers using its online platforms to find prices, arrange all documentation, and pay for shipments in one place. It was a “pretty complicated” strategy, group CEO Soren Skou admitted, but necessary in the building of an integrated operation that will use the Maersk Group units Damco, Maersk Line, and APM Terminals.

Cosco Shipping has also been aggressively expanding its landside logistics capabilities, building on Beijing’s Belt and Road strategy to grow its terminal and inland footprint in Asia and Europe. China’s largest shipping company said it had made progress regarding the construction of logistics channels along the Belt and Road route, on the landside and on the ocean route. For instance, 62 percent of its entire container shipping capacity was deployed on the Belt and Road routes, comprising 180 container vessels with a total capacity of 1.15 million TEU.