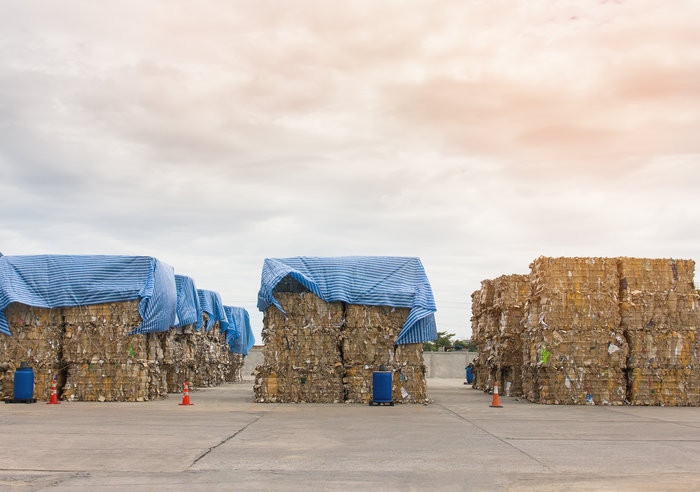 The latest crackdown is part of a larger policy to reign in solid waste imports China began in 2013.

Although about 16 percent of US wastepaper exports to China could be lost due to the government’s latest ban on importation of scrap commodities, the estimated 160,000 TEU represented by mixed scrap paper will be far less damaging than if China had targeted the more voluminous cardboard and newspaper sectors.

This latest environmental initiative by China that was published on July 18 and is scheduled to take effect at the end of the year is nevertheless chilling for scrap paper exporters, ports, and especially carriers in the westbound Pacific because wastepaper is the top US containerized export. According to PIERS, the JOC.com sister company, total scrap paper exports to China in 2016 were 1.03 million TEU.

The Chinese government’s 'Reform and Implementation Plan to Enhance Solid Waste Import Management System by Prohibiting the Entry of Foreign Waste' could carry more threatening, longer-term consequences for exports of recyclables if it leads to an assault on other scrap  products. The General Office of the State Council said the goal by the end of 2019 is to “gradually halt the importation of solid waste that can be replaced with domestic resources.” China appears to be moving toward domestically procured recyclables that it can better control.

This is the latest Chinese government effort to crack down on the environmental impact of scrap imports. It follows the 2013 “Green Fence” and this year’s “National Sword” initiatives. China’s goal, as stated in the latest report, is to “ensure the safety of the natural environment by continuously strengthening the supervision and management of solid wastes at the importation, transport, utilization, and other steps.”

China is targeting mixed scrap paper. Wastepaper falls under three classifications — old corrugated containers, which represent about 60 percent of the volume of scrap paper exports, old newspapers at 35 percent, and mixed papers at about 15 percent. Ed Zaninelli, president of Griffin Creek Consulting, who formerly managed export cargoes at Orient Overseas Container Lines, said the new emphasis on mixed papers is due to a shift among wastepaper exporters in the US to automated sorting of paper types and grades. The sorting work used to be performed with more precision by hand.

That observation was confirmed by an executive at a paper exporter. “There’s a trade off between efficiency and quality,” he said.

Although mixed paper accounts for only 15 percent to 16 percent of total US wastepaper exports, given the huge volume of scrap paper exports, the potential loss amounts to 160,000 TEUs, or 80,000 FEU a year. Most scrap paper is shipped in 40-foot containers.

The ban will also have an immediate economic impact on wastepaper exporters. “It will drive down the price of mixed paper through the floor,” said Nick Halper, director of export at the Paper Tigers.

On the other hand, it does not appear that China will expand the ban to other types of scrap paper because wastepaper is a critical component in manufacturing. “Chinese manufacturing has been and will continue to need paper,” said Adina Renee Adler, senior director, international relations, at the Institute of Scrap Recycling Industries. The United States is the largest and most dependable source of scrap paper for China’s manufacturing sector, she said.

Wastepaper is one of those exports that shipping lines love to hate. It is one of the lowest-rated cargoes, usually commanding a freight rate of about $250 per FEU or lower from the West Coast. When overall US exports are doing well, carriers will quickly bump wastepaper containers from their ships if better-paying cargo shows up. Nevertheless, for much of the year, carriers look to scrap paper to produce revenue for westbound containers they would otherwise have to reposition to China empty.

With the large vessels that are being deployed in the major east-west trade lanes, freight rates for wastepaper and other commodities are expected to remain low in the foreseeable future.

Zaninelli said this will especially be the case on all-water services from the East Coast to Asia.