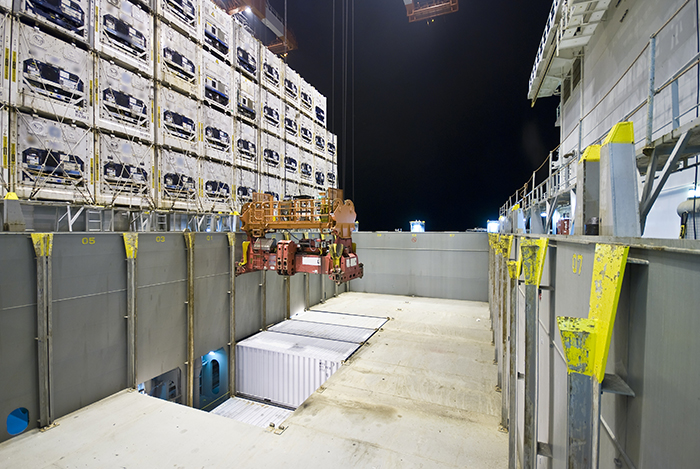 Blanked sailings out of China are expected to create considerable shortages of containers for export cargo in the United States and elsewhere, but US exporters of refrigerated (reefer) cargoes may be getting some supply chain relief from the Chinese government.

In addition, “Another round of tariff exemptions was also announced, which could significantly lower costs for importers of US pork and beef,” Schuele said.

It will take time for the bottlenecks to dissipate, “but these actions illustrate the high priority the Chinese government has placed on keeping food available and affordable for consumers,” Schuele noted.

Meanwhile, the ongoing impact of African swine fever on livestock in China caused pork production to fall 21 percent year over year in 2019, according to data from the National Bureau of Statistics, compounding the need to keep imported meat flowing into the country.

Peter Friedmann, executive director of the Agriculture Transportation Coalition (AgTC), acknowledged that despite China’s eagerness to allow protein and other food imports into the country, container ship capacity will be limited at best. The containers carrying those imports “have to get to China, and that can’t happen unless the ships are crossing the Pacific. They’re not,” he said.

Given the disparity in headhaul and backhaul cargo volume and value on the trans-Pacific trade, “The primary driver of a decision to deploy a ship is not the US agriculture and forest products exports, but rather the volume of consumer and manufactured goods produced in China and imported into the US,” Friedmann told JOC.com. “Simply put, that import cargo pays the higher freight rates, and thus determines whether a carrier will deploy the ships.

“Due to coronavirus and factory shutdowns, over 100 ship voyages to the US have been cancelled,” he noted. “Those ships will remain idle until there is enough China production ready to be carried to the US. So far, with precious few exceptions, that has not happened.”

As a result, container shortages may end up being the lesser of the concerns facing US agricultural exporters in the aftermath of the coronavirus.

“Most coastal areas have sufficient dry containers so far, but until the ships start sailing, those boxes won’t be heading east across the Pacific,” Friedmann said. “So the real question is, when will China’s factories restart? When will China and its local governments lift restrictions on movement of people and freight between factories and the ports?”