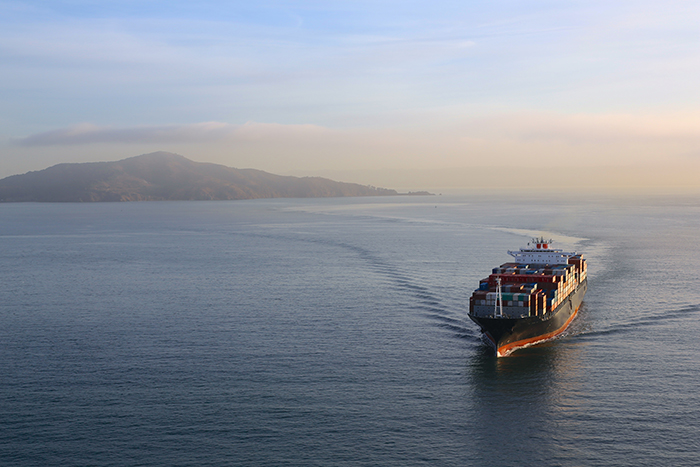 Shipping executives expect carriers to spread the dry-docking process out over two to three months and rotate in idle vessels to minimize the impact on schedule integrity. Photo credit: Shutterstock.com.

Carriers are telling customers to prepare for the likelihood of missed sailings in the fourth quarter when a number of vessels are taken out of service for a week at a time to prepare the ships for the transition to low-sulfur fuel.

It is not certain if the move to comply with the International Maritime Organization’s (IMO’s) low-sulfur bunker fuel mandate will cause spot rates to increase. Each carrier will handle the transition slightly differently based upon its fleet profile and those of its alliance partners.

Starting Jan. 1, 2020, the global shipping fleet must begin burning fuel with a sulfur content of 0.5 percent, or vessels must be equipped with scrubbers to reduce the sulfur content from today’s level of 3.5 percent. The vast majority of vessels will not be equipped with scrubbers and will therefore transition to low-sulfur fuel. To prevent mechanical breakdowns, those vessels will be dry-docked so the heavy fuel can be flushed out, a process that takes about a week, meaning that most vessels will miss at least one scheduled weekly departure.

“I can’t imagine that carriers will wait until the last minute,” a shipping executive told JOC.com. He expects lines will spread the process out over two to three months so schedule integrity is not significantly impacted. In some cases, a carrier or its alliance partners will decide to replace a dry-docked vessel with a spare ship so the weekly service rotation is not disrupted, he said.

Another carrier executive said most lines are holding internal discussions between their operational and commercial teams, with the final strategy still “to be determined.”

Additionally, shippers could see further deterioration of schedule reliability in the coming months as container lines remove vessels from service to retrofit them with scrubbers to meet the IMO 2020 mandate. Installing a scrubber can take a vessel out of service for 30-40 days.

BCOs hope that the transition to low-sulfur fuel does not become another mechanism for reducing vessel capacity, and therefore pushes spot rates higher, in the remaining month or so of the peak shipping season. Carriers must have their vessels in compliance with the IMO rules by Jan. 1, 2020, but each line will determine its own schedule for doing so. For example, although it should take only one week to flush out the heavy diesel, there is nothing to prevent a carrier from taking two weeks to do so in order to manage capacity in a particular trade lane.

Shippers also do not want to see a repeat of November and December of last year, when retailers and manufacturers front-loaded 2019 spring merchandise because the Trump administration at the time had threatened to impose 25 percent tariffs on more than $200 billion of imports from China. This year, the front-loading would reflect a rush to receive imports before the floating low-sulfur fuel surcharges kick in, which could add about $200-300 per TEU to transportation costs.