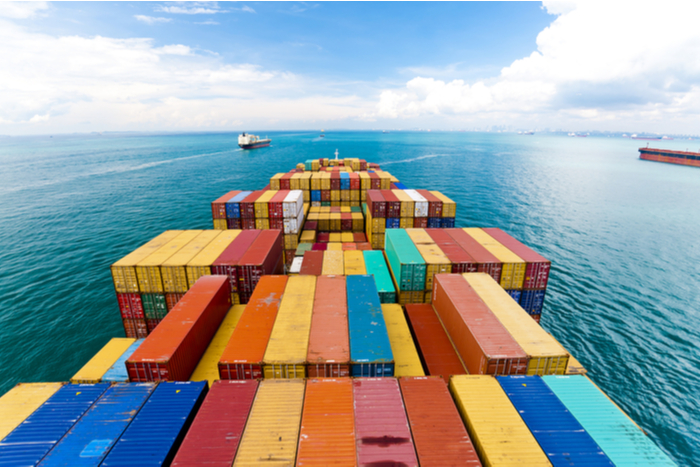 The deep slashing of capacity in the trans-Pacific trades will likely have a pronounced impact on negotiations for service contracts that will run from May 1 through April 30, 2021. Photo credit: Shutterstock.com.

Trans-Pacific carriers are doubling down on blanking sailings through mid-June, reflecting expectations they don’t expect significant North American demand wracked by the coronavirus disease (COVID-19) to return before summer at the earliest.

The implication of this deep slashing of capacity is that carriers — now engaged in annual negotiations with retailers and manufacturers for service contracts set to begin May 1 — see unusually low consumer demand that could extend to back-to-school shipments that will begin next month. Unless consumer demand picks up by early summer, imports during the peak holiday shipping season beginning in July will suffer as well.

Furthermore, additional blank sailings could be announced because the Ocean Alliance has been lagging behind the 2M and THE alliances in reducing capacity, according to Sea-Intelligence Maritime Consulting.

“It is clear that Ocean Alliance has blanked substantially less capacity than the other two alliances, on all main trades,” Alan Murphy, CEO of Sea-Intelligence, said in the latest Sunday Spotlight. “Given they are faced with the same market dynamics, we would expect them to blank further sailings in the weeks ahead, to reach approximately the same level.”

US imports from Asia declined 17.5 percent in March from the same month last year, according to PIERS, a JOC.com sister company within IHS Markit. US imports from China plunged 39.2 percent from March 2019. Global Port Tracker, published monthly by the Nationl Retail Federation and Hackett Associates, pojects continued double-digit monthly declines in US imports, with imports in the first half of the year projected to be down 15.1 percent from the first half of 2019.

Carriers and their customers are well into annual negotiations for service contracts, many of which will take effect May 1 and run through April 30, 2021. By slashing capacity for at least the next two months, carriers are indicating their bookings for summer and back-to-school shipments are unusually weak.

There have been reports of retailers canceling orders, and intercepting shipments in Asia and storing the merchandise there because of plunging consumer demand in the United States and Europe. Retailers are therefore concerned that slack consumer demand could continue well into the fall, which would force them to cut back on orders for holiday merchandise.

Retailers at this time of year begin to place orders with factories in Asia for the holiday merchandise shipping period of July through October. Those orders are normally placed about six months ahead of the anticipated shipping date. Retailers are reportedly being quite cautious in placing orders for holiday merchandise as they wait to see how long stay-at-home mandates remain in place.

This week’s Sunday Spotlight details the unprecedented reduction in trans-Pacific capacity that is unfolding to both the West and East coasts of North America as retailers scrutinize short- and mid-term consumer demand reports.

From Asia to the East Coast, carriers blanked 18 sailings due to Lunar New Year factory shutdowns, and another 13 sailings in February-March due to delays in reopening factories in China because of the impact of COVID-19. Carriers since then have announced another 34 blank sailings extending into mid-June.

Highlighting that plunging consumer demand is a global phenomenon; carriers in the two largest trade lanes, Asia-Europe and Asia-North America, since mid-March have canceled or have scheduled 384 blank sailings into June. That equates to a total capacity reduction of 3 million TEU over the world’s two largest trade lanes due to COVID-19, according to Sea-Intelligence.

“This is 2.4 times more than what they canceled during Chinese New Year 2020,” Murphy said.

To the East Coast, the Ocean Alliance has canceled or has scheduled blank sailings totaling 11 percent of its capacity into June, compared with 2M and THE Alliance each blanking 19 percent of their capacity.

“We might well see further announcements in the coming week” if the Ocean Alliance chooses to cancel more sailings, Murphy said.