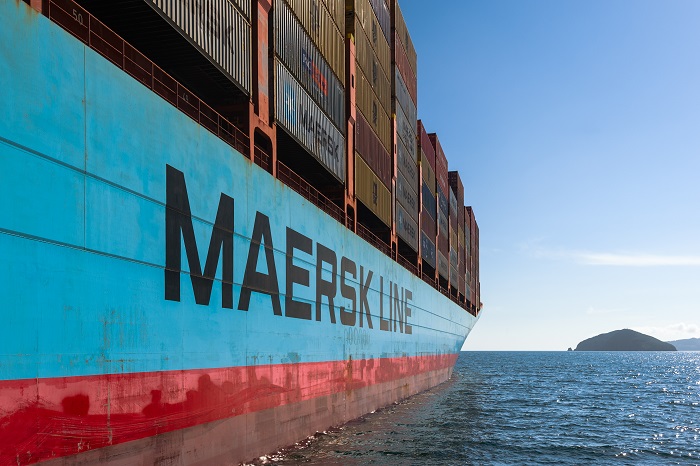 Although Maersk marked rising tariffs as a key risk to the profitability of the container shipping industry, the impending low-sulfur fuel mandate poses the greatest threat as carriers struggle to achieve rate levels needed to compensate for the higher bunker prices.

Carrier financial results through 2018 repeatedly reflected the impact higher bunker prices have on profitability, eroding much of the gains made by higher freight rate levels and cost cutting measures. Heavy marine fuel oil is currently at $428 per ton, up 21 percent compared with the same week last year. Low-sulfur fuel is $525 per ton.

When bunker prices began to take off in May 2018, several carriers imposed an emergency bunker surcharge (EBS) on top of the existing bunker adjustment factor (BAF) but were able to only partially offset the rising fuel price that pushed up carrier unit costs. For instance, CMA CGM’s unit costs rose by 7.7 percent ($77 per TEU) in the third quarter, while the average rate per TEU only increased by $55 in that period.

Maersk Line on Thursday released its 2018 results, and compared with 2017, average freight rates for the year increased by $91 per FEU. But at the same time, average bunker pricing rose 32 percent, equivalent to an extra bunker cost of $1.2 billion ($92 per FEU).

An improved fourth quarter helped Maersk post a 3.7 percent increase in container volume for the full year, but it was significantly weaker than the 5.6 percent growth recorded in 2017. Its pre-tax profit for 2018 was $238 million compared with $25 million in 2017.

Most of the other major carriers have yet to release their full-year results, but so far Cosco has reported that its net profit declined 55 percent compared with 2017 to $179 million, and Ocean Network Express (ONE) reported a loss of $179 million in its fiscal third quarter, which ended Dec. 31.

According to an analysis from Alphaliner, average operating margins of nine of the 10 largest carriers (second-largest Mediterranean Shipping Co. does not report its earnings) in the third quarter of 2018 stood at just 0.5 percent, well below the 5.3 percent level recorded in the same quarter last year. In the same period, the industry as a whole spent about $19 billion on bunker fuel, a 20 percent increase from third-quarter 2017.

With bunker fuel prices often comprising more than half of a carrier’s operating costs, carrier profitability is going to be severely tested when the International Maritime Organization (IMO) low-sulfur fuel mandate becomes effective Jan. 1, 2020. The mandate will require marine fuel to contain a maximum of 0.5 percent sulfur content on a global basis, down from 3.5 percent today.

The price of the cleaner low-sulfur fuel oil (LSFO) is currently more than 30 percent higher than the heavy fuel oil used by the shipping industry, and as demand for LSFO increases and heavy bunker decreases from the second half of this year, that gap is likely to grow even wider.

Carriers forecast the cleaner fuel will cost the container shipping industry $13-15.7 billion in additional annual fuel spend. Maersk has pegged the extra costs at $2 billion, as has MSC, Hapag-Lloyd at $1 billion, and CMA CGM at $160 per TEU ($3 billion). Several carriers have announced revised BAF formulas that they believe are better suited to recouping the additional costs of using low-sulfur fuel, but given carriers' past difficulties in setting and maintaining profitable pricing, questions remain as to whether shippers will be willing to pay the much higher post-BAF rates.

Vincent Clerc, Maersk Line’s chief operating officer, said the implications of the low-sulfur fuel mandate were also playing out in annual service contract talks between shippers and carriers on the major east-west trades.

“Our rates ended 2018 up 7 percent year over year, so we finished the year in much better shape than at the end of 2017,” he said in a conference call with Wall Street analysts. “That means [it is] a better environment to negotiate contracts. We have finished with Asian and European customers, and the rates we have contracted are in line with this better climate. We still have the entire North American portfolio to go through where the contracts begin on May 1.”

Given how the dialogue around the low-sulfur rule is unfolding early in this year’s trans-Pacific eastbound service contract negotiations, the risk of severe disruption in early 2020 should be on the minds of all beneficial cargo owners and forwarders. Carriers are already speaking openly about the risk of bunker fuel surcharges being rolled into base freight rates, which could be disastrous for both parties.

“At the end of the day, our objective is to delink bunker fuel discussion from the freight discussion. The worst thing we can see is all-in rates,” George Goldman, US president of Zim Integrated Shipping Services, told the recent Georgia Foreign Trade Conference.

Industry analyst Lars Jensen outlined the problem in a February blog. “If the carriers fail in getting the BAF through (which is a distinct risk), the shippers will be in a situation where contracts without BAF are exceedingly unlikely to be of value if the carriers suddenly face a $10 billion loss — and consequently the concept of having a contract rate will cease to have meaning, and instead it will be a de facto spot market.”

But some carriers remain optimistic. “We have seen a very high percentage of contracts that either took our new formula or had a similar customer formula which in the end had more or less the same effect,” Hapag-Lloyd CEO Rolf Habben Jansen told JOC.com in January, referring to contracts already signed covering 2019.