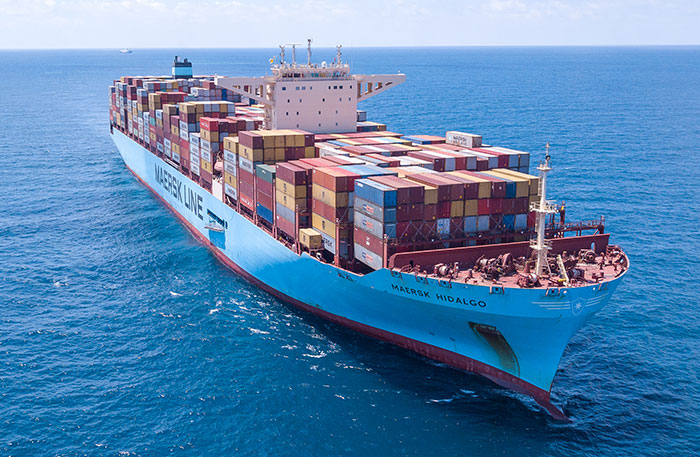 The core ocean business for Maersk and the industry overall is holding up surprisingly well in this pandemic year thanks to carriers’ discipline on capacity, coupled with low fuel prices. Photo credit: Magiore Stock / Shutterstock.com.

With the closure of the Damco ocean business and integration of its airfreight and less-than-container load (LCL) services into the corpus of Maersk, the Danish company is pushing deeper into uncharted territory and further redefining the role of a traditional ocean carrier.

Ocean carriers have for decades harbored ambitions in end-to-end logistics, but despite numerous attempts going back to the 1960s, none have been successful in building ocean and inland logistics into an integrated offering. With multiple moves over the past two years, starting by integrating contract logistics and ocean carriage, then acquiring customs brokers and warehouses, and now folding in the Damco air and LCL units, Maersk is challenging a fundamental premise in the ocean shipping industry: that logistics services must be neutral with regard to transport capacity.

Logistics units such as APL Logistics or Sealand’s Buyers Consolidators, later integrated into the former Maersk Logistics, were ultimately operated independently from the ocean carrier or, in the case of APL Logistics, sold off. The inherent reason was that the needs of a large asset-based network, particularly maximizing utilization, are at odds with those of shippers who need access to the widest possible selection of assets, and thus require a logistics provider that is unbiased in procuring those assets. The steady growth of forwarders’ market share in ocean shipping and — at least until Maersk announced its end-to-end strategy in 2016 — carriers’ limiting their focus to ocean transport underscored that reality.

Furthermore, the idea of integrating multiple modes of transport in an ocean environment, as CSX tried to do by combining ocean, logistics, barge, and terminals in the 1980s, similarly failed to materialize as a successful business model.

But now, through its stated strategy of becoming a global integrator of container logistics — integrator being the term used to describe end-to-end asset players such as UPS, FedEx, or DHL — Maersk is saying those theories no longer apply.

“It has become apparent through close customer engagements that the value proposition of Maersk can be greatly enhanced with the expansion of multiple modes of transport,” Maersk said in a Sept. 1 statement announcing the Damco changes.

Maersk’s breadth of service a factor

What has changed such that the world’s largest container line, and the largest company in Denmark, is willing to bet its future not just on an unproven theory, but one that has been disproved time and time again over the course of containerization?

One change is the breadth of service Maersk can offer, which is much greater than in the past, when carriers were less consolidated and many of the largest lines still operated outside of alliances. Large forwarders truthfully claim to be able to book a container on virtually any ship, but Maersk and Mediterranean Shipping Co., the two largest carriers and partners in the 2M Alliance on the major east-west trades, operate one-third of the global container fleet, according to Alphaliner.

Maersk CEO Søren Skou indirectly made this point in an Aug. 24 earnings call, calling it a “structural” change in the market. “If you are operating two services from Asia to Europe a week, then it's a huge decision to take out one string because you cannot cover all the ports, then some customers will not be served,” he said. “If you're operating 13 or 14, as we did before the [COVID-19] crisis ... then it's quite a simple proposition to take out capacity and still serve all customer demand.”

The company said essentially the same thing in the Sept. 1 release: “Maersk uses its own assets to offer unique value propositions, hence it will not pursue the Ocean FCL [full container load] Multi-carrier product [NVO] as a general offering.”

Another change is the prospect — impossible in an earlier era but clearly within reach today — of integrating assets with data to simultaneously drive both visibility and reliability, key requirements in today’s e-commerce supply chains.

But creating a data-driven integrated logistics offering still cannot safeguard the fortunes of Maersk, or other carriers such as CMA CGM that are also pursuing integrating offerings, from underlying, traditionally volatile economics of ocean container transport, which still represents nearly 75 percent of revenue in Maersk’s case.

The core ocean business for Maersk and the industry overall is holding up surprisingly well in this pandemic year thanks to carriers’ discipline on capacity, coupled with low fuel prices. Skou said carriers’ ability to rapidly adjust capacity in response to changes in demand will continue into the future, suggesting a permanent change in how the industry operates. But while the lines’ capacity discipline is growing, and with it the confidence of investors, analysts are reserving judgment.

“The discipline required to make sure Maersk Line actually structurally improves and consistently covers its capital costs, everything else is secondary to that. If that can be successful, the rest is a cherry on top of the cake, but you need the cake,” said Neil Glynn, head of European transport equity research at Credit Suisse.

“But the next time we see a plummet or a significant softening of freight rates, what happens then?” Glynn asked. “We need something to give us the next incremental step up in our comfort level.”