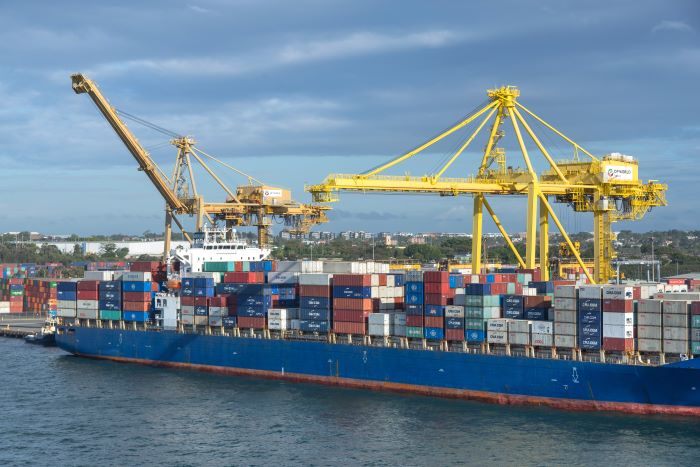 Australian shippers are adopting a cautious approach to a review by the country’s competition watchdog on whether to continue the class exemption for container shipping companies from competition laws.

The Australian Competition and Consumer Commission (ACCC), which issued a 14-page discussion paper on Tuesday, is inviting comment on whether to repeal, change, or continue the block exemption for carriers by Feb. 28.

“This is a sensitive issue that we will consider in detail. While we want to see a truly competitive environment, we have to be extremely mindful of potential impacts to services,” Paul Zalai, director of the Australian Peak Shippers Association (APSA), told JOC.com.

In Australia, carriers’ exemptions to anti-trust legislation is covered by Part X of the Competition and Consumer Act, which allows liner shipping operators to enter into agreements with each other about commercial matters such as freight rates, the vessels to be used, and the quantity and kinds of cargo carried on particular trade routes.

Zalai, in a note to shippers on Tuesday following the release of the ACCC consultation paper, said: “Our primary focus in terms of Part X is to ensure that Australian shippers have continued access to liner cargo shipping services of adequate frequency and reliability, at freight rates that are internationally competitive.”

“The second goal is to promote conditions in the international liner cargo shipping industry that encourage stable access to markets for shippers in all states and territories,” he added.

Zalai said the APSA is seeking comment from shippers by Jan. 24 for incorporation into its final submission.

The ACCC study follows a 2015 review of Australia’s competition law by a team led by Professor Ian Harper which said liner shipping industry’s exemptions under Part X, put in place during the 1960s, are outdated, unnecessary, and should be repealed.

The ACCC’s discussion paper said: “The East-West trade lanes are vitally important for Australia’s trade with Europe and North America. Liners seek to coordinate trips and container slots between hub ports such as Hong Kong, Singapore and Shanghai and feeder ports, such as those along Australia’s coasts, through alliances and agreements that facilitate a spectrum of coordination. Such agreements are currently exempt from the competition provisions by Part X.”

“Australia’s Part X regime is one of the most permissive of its kind among developed countries, several of which have recently moved to scale back their own competition exemptions for liner shipping,” ACCC chairman Rod Sims said on Tuesday’s launch of the agency’s review.

“These sorts of exemptions have become harder to justify, as cargo ships have become bigger and the industry has consolidated,” he added. “We recognize, however, that some limited coordination between liners visiting Australia may be in the public interest, by supporting efficient shipping services. This consultation process will allow us to examine how liners coordinate, so we can make sure the proposed class exemption would only apply to conduct that is clearly beneficial.”

Highlighting the changes to carrier exemption from competition laws in other jurisdictions, the ACCC said the Hong Kong Competition Commission issued a block exemption covering vessel sharing agreements in 2017. But this only applies where carriers signing the vessel-sharing agreement do not have a combined market share exceeding 40 percent in a market.

New Zealand revamped its competition laws for liners last August that had previously resembled those in Australia. Now New Zealand has implemented a narrow block exemption that enables the coordination of schedules and the determination of port calls; the exchange, sale, hire, or lease of space on a ship; the pooling of ships to operate a network; capacity adjustments; and the sharing or exchanging of equipment, such as containers.

Meanwhile, the European Shippers’ Council (ESC) last week rejected the European Commission’s (EC's) proposal to extend its container shipping block exemption for four years without any modifications. The ESC said in a statement the proposal to renew the Consortia Block Exemption Regulation (BER), in place since 2009, would have “serious consequences” for maritime business conditions.

The EC has issued a second public consultation on the issue that closes December 18, while the existing exemption regulation expires April 25, 2020.

Permalink Submitted by damese damese on Dec 7, 2019 1:47AM EST
I earned $5000 ultimate month by using operating online only for 5 to 8 hours on my computer and this was so smooth that i personally couldn't accept as true with before working on this website. if you too need to earn this sort of huge cash then come and be part of us. do this internet-website online ........... www.me2gold.com
Maritime News›Container Lines
Australia/Oceania›Australia