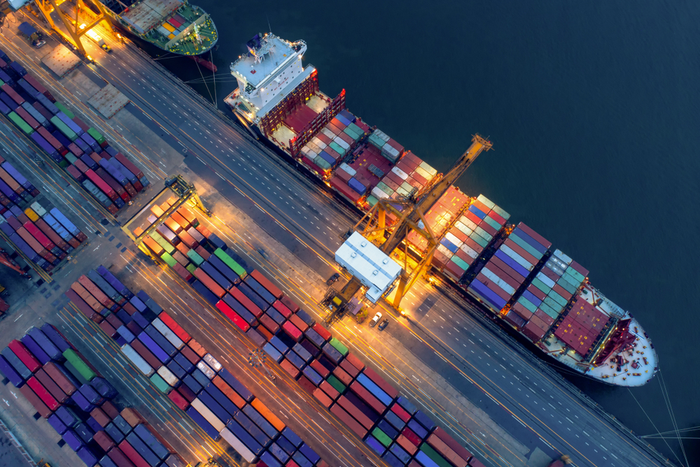 Carriers, ports, and forwarders say the current spike in US imports from Asia that began in early July will last at least through August, but their vision is blurred beyond that.

Some stakeholders, including the importers themselves, say US inbound volumes from Asia will remain at current levels through September, while others forecast a dip in late August followed by a short peak season in late September.

“We’re getting clients calling regularly saying they are upping their forecasts, that they are not going to be able to get additional space at the rates they contracted for, so [these large beneficial cargo owners] are looking for spot-market space, and for an extended period of time,” said Kurt McElroy, executive vice president of Apex Maritime.

After Friday’s unusually large increase in spot rates, carriers and forwarders seem to agree, though, that spot rates in the eastbound trans-Pacific will stay around $3,000 per FEU to the West Coast and $3,400 per FEU to the East Coast through September as carriers continue to manage capacity.

The West Coast spot rate on Friday surged 17.1 percent to $3,167 per FEU, while the East Coast rate increased 6.9 percent to $3,495, according to the Shanghai Containerized Freight Index that is published in the JOC Shipping & Logistics Pricing Hub.

The uncertainty that marks cargo forecasting in the largest US trade lane is largely a reflection of consumer purchasing habits, which have not followed normal seasonal trends due to the coronavirus disease 2019 (COVID-19). Merchandise involving stay-at-home activities, from office and school necessities to patio furniture and exercise equipment, is selling briskly. However, sales prospects for apparel and merchandise pegged to seasonal events such as back-to-school classroom needs, Halloween, and Black Friday in-store sales, are uncertain.

“Sales are strong, amazingly strong,” the logistics manager at a home improvement retailer told JOC.com last week. That includes indoor as well as patio furniture and accessories, both high-end and lower-end. He expects imports of furniture and home furnishings will remain strong into the peak season.

“What is different is that the whole cargo mix has changed. Instead of normal back to school inventory, it’s all stay-at-home goods — in other words, kitchenware, electronics, computers, peripherals,” McElroy said, adding that some importers are expecting volumes to hold up through September.

Volumes to remain strong through August

Carrier executives who spoke to JOC.com are optimistic that bookings will stay strong at least through August. The vice president of sales at a trans-Pacific carrier who asked to remain anonymous said import bookings were robust in July, and forward bookings for the next several weeks indicate there will be no drop in demand. However, what will happen beginning in September is “anybody’s guess,” he said.

Some carriers and forwarders believe the peak-shipping season, which normally runs from August through October, will be over by mid-September. “I think, fundamentally, we still see that there will come some softening on the demand side. Demand is now almost at a normal peak-season level,” said Uffe Ostergaard, president of the Americas at Hapag-Lloyd.

“There is nothing to suggest that August won’t be strong, and so will the first part of September, but I foresee there will be a dip. The underlying economic outlook is not encouraging,” Ostergaard said.

Jon Monroe, who serves as a consultant to forwarders, told JOC.com a survey conducted last week by freight forwarder WorldWide Logistics of factories in China uncovered a “mixed bag” in terms of September orders. Some factories reported a continuation of August’s strong purchase orders, while others said orders had dropped off.

“I think September will be lighter than August,” he said.

Logistics provider DeWell Group said feedback from both shippers and carriers indicates imports will be “fairly buoyant” through September, according to CEO John Hextall. However, the trend line won’t be straight up. Hextall said there could be a slight tapering of imports in the second half of August, which would be accompanied by a slight decline in freight rates. Any additional capacity carriers may bring on this month in terms of reinstating blank sailings or extra-loader vessels would be confined to Pacific Southwest services to the ports of Los Angeles and Long Beach, he said.

The difficulty in projecting import volumes from week to week is expressed in an eastbound trans-Pacific trade that has been marked by a series of ups and downs, said Bill Rooney, vice president of trade management, North America, at the forwarder Kuehne & Nagel. “We haven’t had a consistent run,” he said.

Retailers’ inconsistency in placing purchase orders in Asia as they attempt to assess consumer demand has made it difficult for carriers to plan the capacity needs of the trade four to five weeks out, Ostergaard said.

“The challenge is that we have customers that we’ve been supporting all along, and then you have customers that basically went blank in the second quarter, and now have come back and want their full allocation retroactively. That provides a challenge as ship capacity is not that flexible,” he said.

However, the trade appears to be stabilizing now. Inventory-to-sales ratio is building, which indicates that retailers may be nearing the end of their inventory replenishment, Rooney said. The inventory-to-sales ratio at the end of May was 1.51, compared with 1.40 in May 2019, according to the US Census Bureau. Furthermore, a surge of traditional holiday-season merchandise doesn’t appear to be coming. “I don’t see a traditional peak season this year,” he said.

Nerijus Poskus, global head of ocean freight at Flexport, sees a short-lived increase in imports in late September before factories in China close during the first week of October for the annual Golden Week celebration. Poskus said he does not see the “mini-peak” lasting beyond late September.

Month-over-month projections this year, however, do not disguise the fact that year-over-year import volumes will be down through November, according to the National Retail Federation, which each month publishes Global Port Tracker with Hackett Associates. This has caused retailers to be “conservative” in placing orders for traditional holiday-season merchandise.

On a year-over-year basis, Global Port Tracker projected that August imports will be down 13.3 percent, September down 12.3 percent, October down 9.9 percent, and November down 0.6 percent from the same months last year, indicating that retailers do not expect peak season 2020 to be nearly as strong as last year.

The import surge that was driven in July by e-commerce, home improvement furniture, and personal protective equipment (PPE) has caused congestion at some warehouses in Southern California, and elevated chassis dwell times at those facilities, as the distribution centers struggled to move product to the stores.

David Bennett, president of the Americas at Globe Express Services, described the situation at warehouses in Southern California as “worrisome” because they could result in equipment shortages that would reverberate back to the marine terminals.

However, utilization rates at distribution centers in Southern California are not uniform and depend on the types of merchandise they handle, said Scott Weiss, vice president of business development at Port Logistics Group. The facilities that handle anything to do with e-commerce and housewares are booming, and some facilities are experiencing labor shortages, he said. However, those warehouses that handle non-essential merchandise tend not to be doing as well. “There’s definitely a line between the two,” he said.

As warehouse space tightens in Southern California, Hapag-Lloyd noticed this week that customers began to inquire about alternative routing through the Pacific Northwest and the East Coast, said Ostergaard.

With the difference in spot rates to east and west coasts within a few hundreds of dollars and all-in-rates to Chicago more than $5,000, "there are few places to turn for a meaningfully lower cost alternative," said Alan Baer, president of OL-USA.

Griff Lynch, executive director of the Georgia Ports Authority, said this July was weaker than July 2019, but Savannah is beginning to experience what looks like a “four-week run of really heavy imports.” Lynch told JOC.com there are about 140,000 import containers on the water or booked on vessels, based on a four-week outlook, compared with between 85,000 and 90,000 import containers in the same outlook in late February and early March 2020. Based on transit times, port volumes will not see a big boost until the end of August or early September.

Similarly, lift per vessel is increasing in Norfolk, and advance bookings for the next three weeks or so look strong, said John Reinhart, CEO of the Virginia Port Authority. Although there is no hard data on bookings beyond August, Reinhart said of conditions going forward, “I feel a little better than I did a month ago.”

Some smaller retailers that depended mostly on in-store sales are now taking the initiative to shift to e-commerce. That could influence cargo flows going forward and will affect supply chain logistics planning for those companies, said Jack Chang, managing director of the non-vessel operating common carrier JUSDA.

Although year-over-year imports continue to trend downward by double-digits, the spot rate to the West Coast is 121 percent higher than it was on Aug. 1, 2019, and the East Coast rate is 24.8 percent higher. Carriers have been able to keep spot rates near or at 10-year highs by managing capacity through blank sailings. Carriers canceled 102 sailings from Asia to the US from May 1-July 30, according to Sea-Intelligence Maritime Analysis.

“I don’t see it [the spot rate] going higher, but it won’t drop precipitously, either,” a shipping executive told JOC.com.

Global Shipping Outlook: A Sneak Peek at 2021
Port Performance North America: Managing Cargo Flow During a Pandemic — and Beyond
END_OF_DOCUMENT_TOKEN_TO_BE_REPLACED